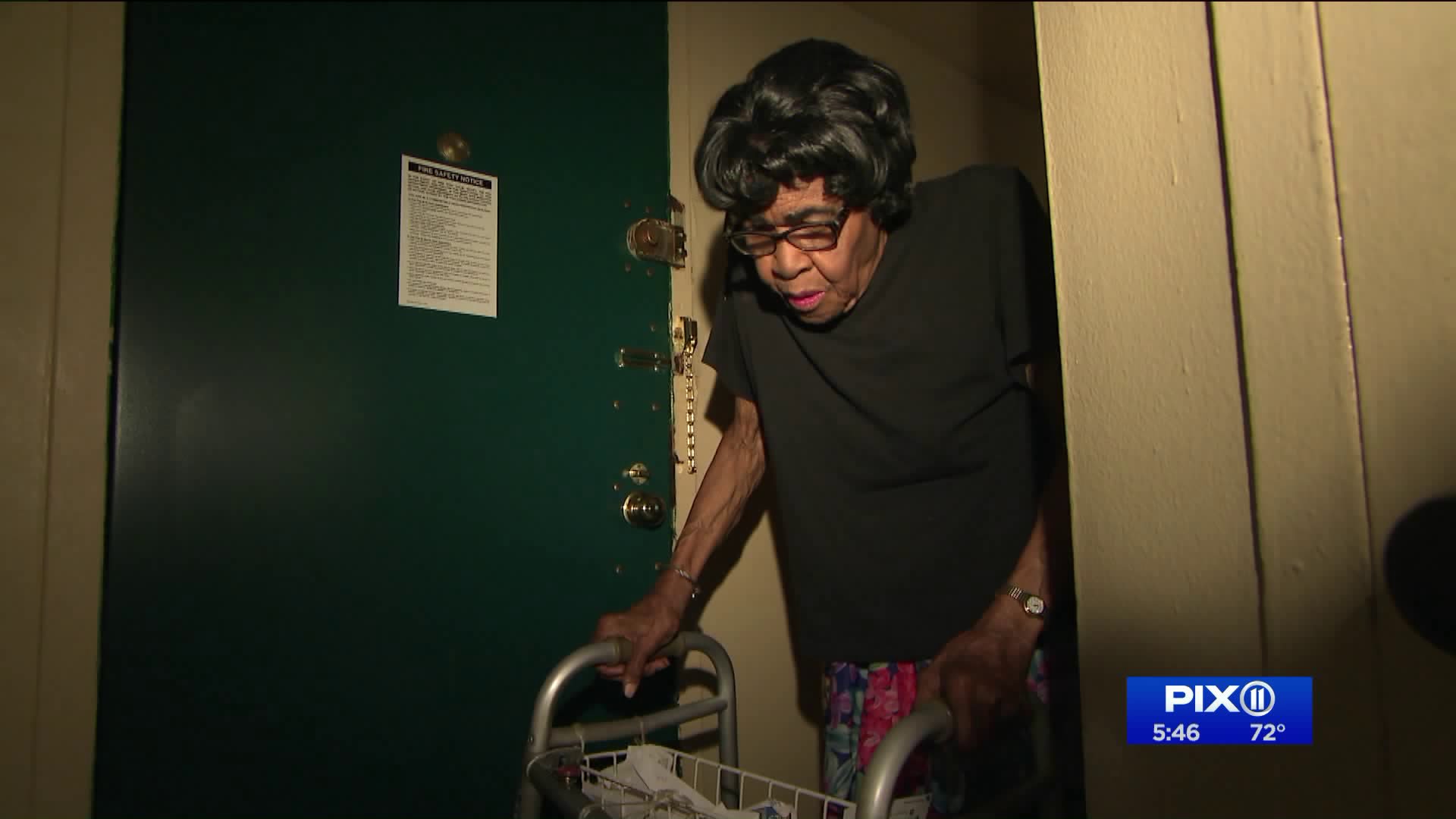 The city took out his mom`s bathtub to give her a wheelchair accessible shower. But then they never finished the work.

The problem is that they never came back to replace the tub in her Melrose Houses bathroom. Reverend Calvin Hayden is worried his mom. Houses in the Bronx.
“My mother is just the sweetest woman in the entire world,” said Reverend Hayden. "She is my life."

“They took out the bathtub August 13 and they started the work and they did not complete it. She’s been waiting with a gaping hole in her bathroom,” he said.

The bathtub was taken out on Aug. 13.

The 93-year-old woman still needs a shower head and knob. Her floor needs to be fixed. There's also bad leak over her toilet and mold is developing.

She sits on her toilet to clean herself right now. She's fiercely independent and has devoted her life to helping others as a home health aide. She says that’s her secret to keeping young.

Hours after PIX11 contacted them, NYCHA fixed Hayden’s shower and water was flowing again. A NYCHA spokesperson tells PIX11 "staff responded Monday and are working to complete additional plumbing repairs to the resident's shower as soon as possible. Residents experiencing any issues in common areas, or within their apartment should create a work ticket by using the MyNychaApp or by calling the Customer Contact Center at 718-707-7771."