As Hurricane Dorian leaves path of destruction in Bahamas, Bahamians in NYC worried for their loved ones 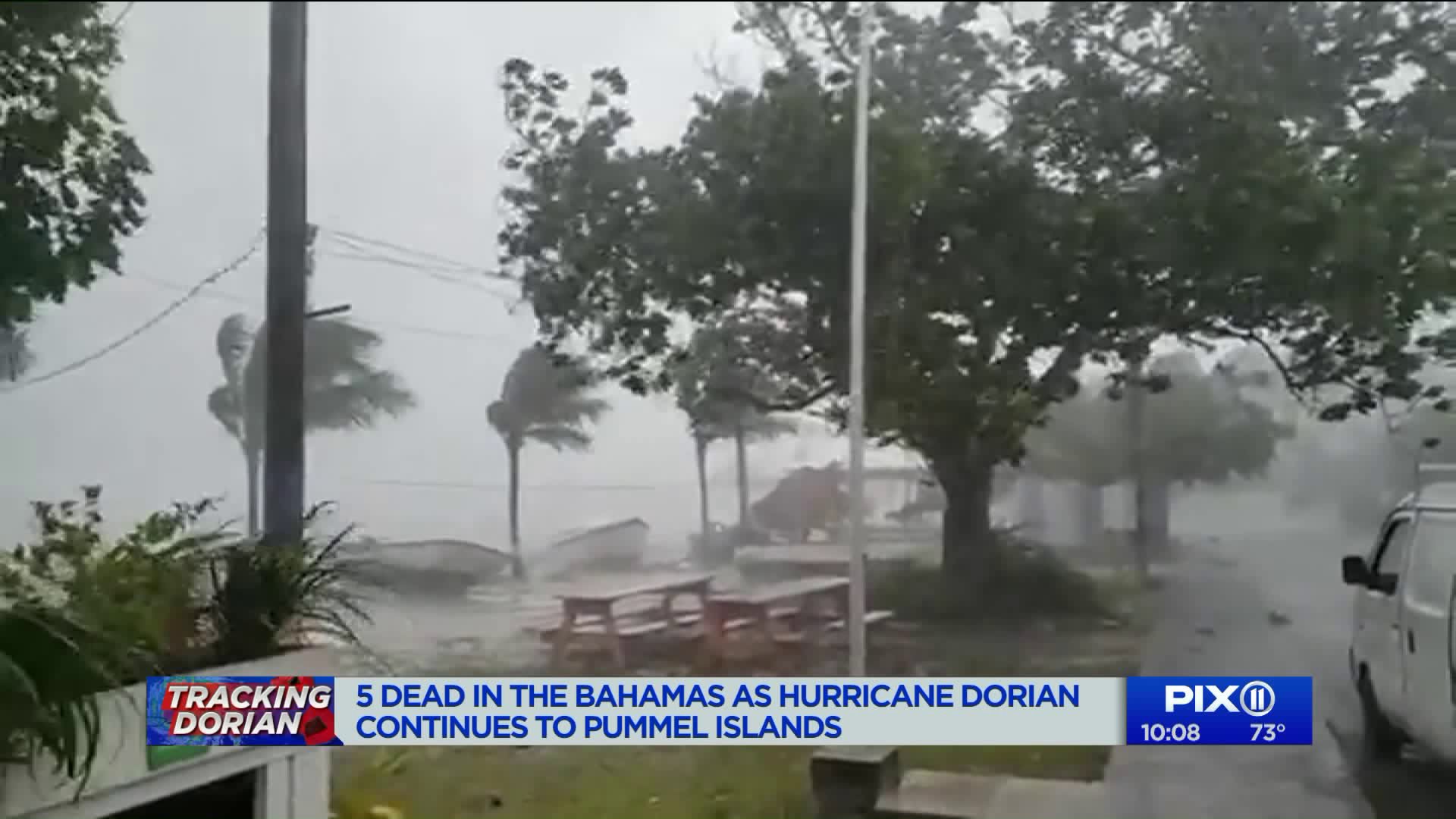 Bahamas Prime Minister Hubert Minnis says at least five people have died in the Abaco Islands as Hurricane Dorian continues to pound the region as a Category 4 storm.

Hurricane Dorian is one of the most powerful Atlantic storms on record and one of the strongest hurricanes to hit the Bahamas.

Slow moving Hurricane Dorian continues to pound the Bahamas with winds of up to 185-miles per hour, blinding rain and rising waters - destroying almost anything in its path.

"We certainly didn't expect this devastation," said Lisa Mather, Vice President of the Bahamian American Association, which is based in Harlem.

She has family in the Abaco Islands, which is in northern Bahamas, who she has not heard from.

"We want to make sure it's just a matter of not hearing from them but they are safe and in a place where they just cant reach us," she told PIX11 Monday.

Anthony Pratt Jr. attends Columbia University, he too has family in the Bahamas.

"They mentioned to me they're ok, but there's a lot of flooding."

Authorities say so far, there have been five-reported deaths, numerous people who had to be hospitalized, and, many more who lost their homes and everything inside.

"Folks are really just trying to figure out what their next steps are," said Mather.

The prime minster has urged residents to stay indoors as Dorian continues to make catastrophic moves.

While it's still too early to have a complete picture of the destruction Dorian has done to the Bahamas, according to officials there, the focus now is search, rescue and recovery.

"We want to be able to recover. It's not the first hurricane Bahamas has had to endure and with each storm, it takes you further back."

The Bahamian American Association has set up a go fund me page to help with relief efforts.

They're also looking into turning their Harlem office into a drop off location for anyone who wants to donate to the people of the Bahamas.

There's a GoFundMe to help with the recovery efforts.