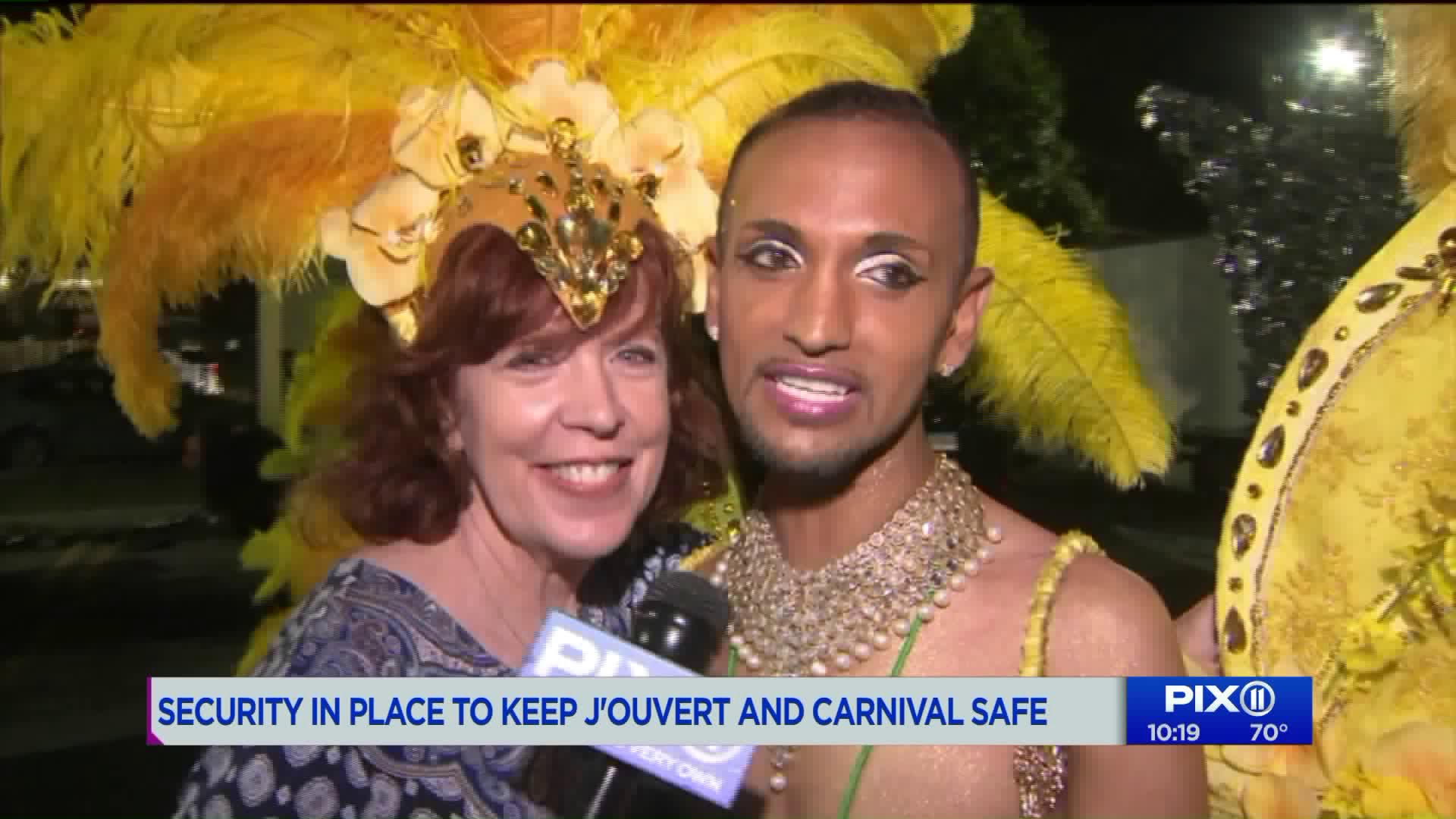 Police were out in full force in Crown Heights Sunday maintaining heightened security on the eve of J`ouvert and the West Indian Day Parade. J`ouvert, which means daybreak in French, starts on Labor Day at 6 a.m. at Grand Army Plaza. Revelers will head south on Flatbush Avenue, eventually ending at Nostrand Avenue and Rutland Road.

CROWN HEIGHTS, Brooklyn — Police were out in full force in Crown Heights Sunday maintaining heightened security on the eve of J'ouvert and the West Indian Day Parade.

“It’s unity, culture and happiness, showcasing everything we are in the Caribbean,” Adana Santana, a Carnival reveler who traveled from Baltimore to be part of the  weeklong celebration, said.

It’s a spectacular preview of the West Indian Day celebration of Caribbean color and culture. Some families come back year after year to celebrate.

“As I get older, I get more life as I put on the costume,” Roslyn Chinwing, a grandmother, said. “I am in a foreign country and I get to promote my own culture to those who don’t know it."

For Chinwing, it’s a three generation labor of love to celebrate their roots in Trinidad with her 10-year-old granddaughter learning all she can from her grandma.

“I like to say she’s American made but with Trinidad parts,” she said about smiling granddaughter, 10-year-old Suryia Ali.

This family and so many others are hoping this year’s parade will be the most peaceful one yet.

J'ouvert, which means daybreak in French, starts on Labor Day at 6 a.m. at Grand Army Plaza.

Police say they’ll be watching all the time.
“The NYPD is installing a significant number of cameras all along the parade route,” Terence Monahan, NYPD Chief of Department, said.

Those cameras will be monitored in real time at One Police Plaza.

There will also be cement barriers, sanitation trucks filled with sand and 13 secure entry points. No one will be let in with alcohol or weapons. It's all in an effort to keep the celebrations safe after two people were shot and killed during J'ouvert in 2016.