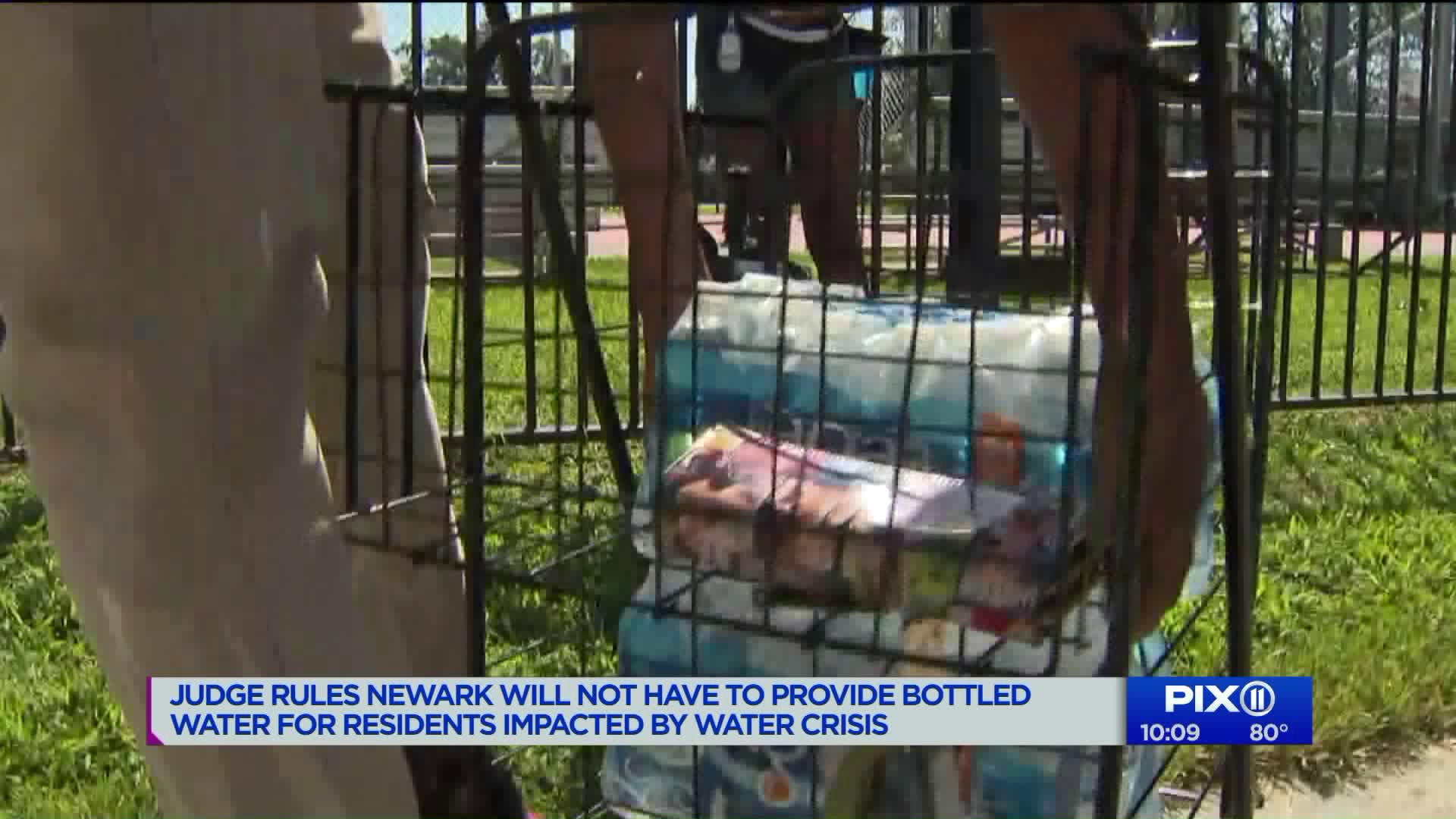 Amid the water crisis in Newark, a US district judge ruled that the city won`t be forced to provide bottled water to residents considered vulnerable in the eastern part of the city.

NEWARK — Amid the water crisis in Newark, a US district judge ruled that the city won't be forced to provide bottled water to residents considered vulnerable in the eastern part of the city.

That would include those who are pregnant or have children age six or under.

The ruling comes as a response to a motion filed by the Newark Education Workers Caucus (a group of public school educators) and the Natural Resources Defense Council.

Testing of water in Newark, which is New Jersey’s largest city, showed some of the city’s residents have been drinking tap water contaminated with lead.

In October of last year the city distributed water filters, but earlier this year, testing showed some of those filters were not working.

The city was then ordered to distribute bottled water while they fix the problem but only to areas deemed necessary.

The motion asked the court to take action, claiming they presented evidence that Newark's response to the crisis was inadequate and left many residents unprotected.

“This decision is disappointing. Newark and the state of New Jersey should care enough about our communities to provide bottled water to vulnerable residents in all neighborhoods harmed by lead in their water," said Yvette Jordan of the Newark Education Workers Caucus.

“The City of Newark has been focused and will continue to focus on our plan to provide all of our residents with clean, safe, and healthy water," said Newark Mayor Ras Baraka in a statement. "It is evident that we have been, are, and will continue to move in the right direction. The only permanent solution to eliminate the risks of lead is to replace every remaining lead service line in our city – and we are going to do so quickly and at no cost to residents through an unprecedented and aggressive lead service line replacement program.”