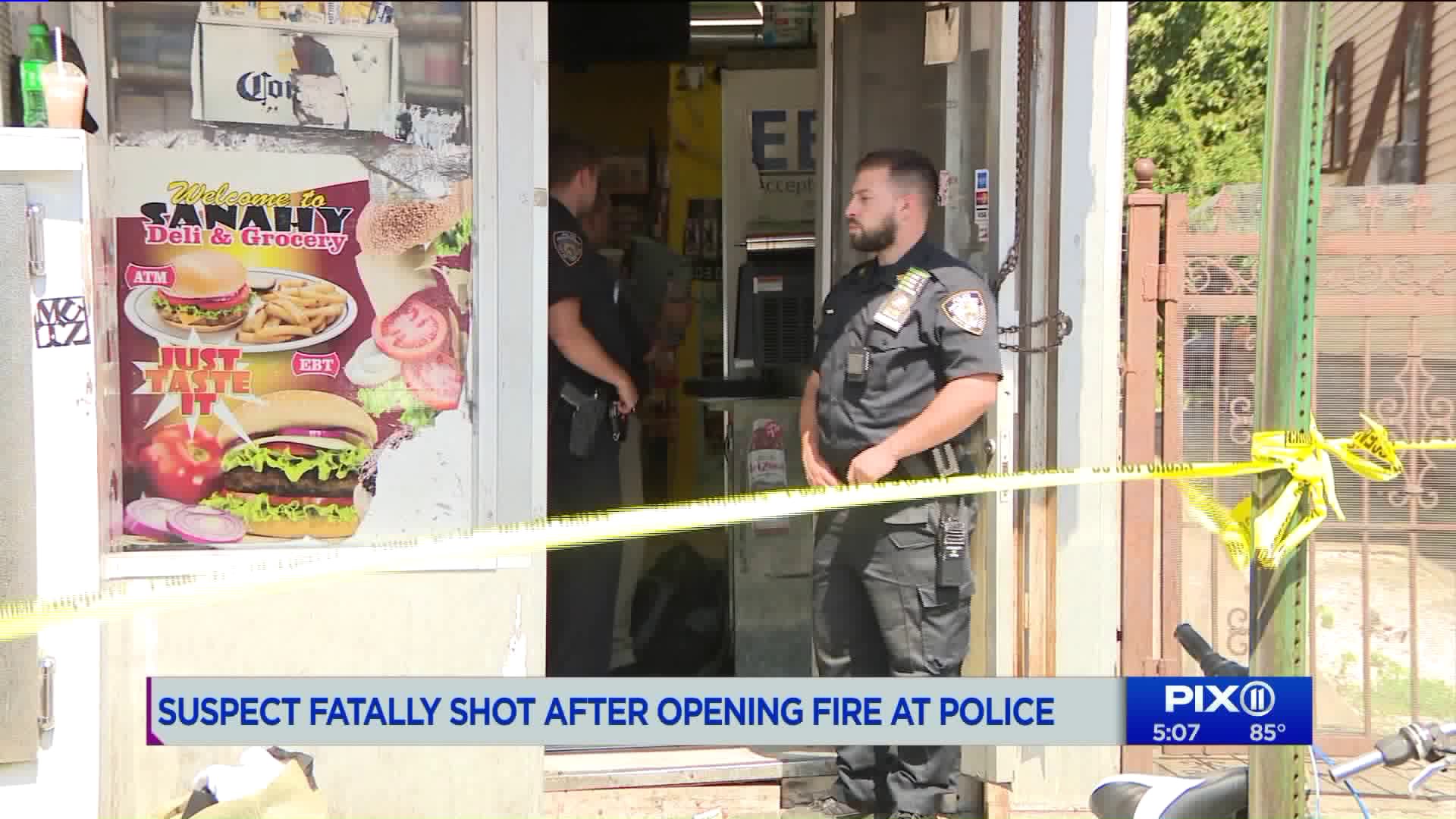 An armed man wanted in connection to a bodega shooting was shot and killed by police officers in Queens early Friday, authorities said.

JAMAICA, Queens — An armed man wanted in connection to a bodega shooting was shot and killed by police officers in Queens early Friday, authorities said.

Police responded to a call around 1:45 a.m. of a man assaulted in front of a bodega in the vicinity of Sutphin Boulevard and 107th Avenue in Jamaica and found a 26-year-old man with multiple gunshot wounds to his torso. He was taken to the hospital in critical condition, police said.

Two plain-clothed officers spotted a man who fit the description of the alleged shooter  in the vicinity of Brinkerhoff Avenue and 156th Street less than a mile away from the bodega. The man then fired at the officers, who fired back, striking him in the head, according to police.

He was taken to the hospital where he later died, police said.

His identity has not been released.

The officers were taken to the hospital for evaluation.

A 9mm handgun was recovered at the scene, cops said.

The initial shooting appears to have been related to an ongoing drug dispute, NYPD Chief Terence Monahan said. Both the victim and the killed man were known to police, according to authorities.

The shooting took place in the street. No homes in the residential neighborhood were hit, and no other injuries were reported, police said.