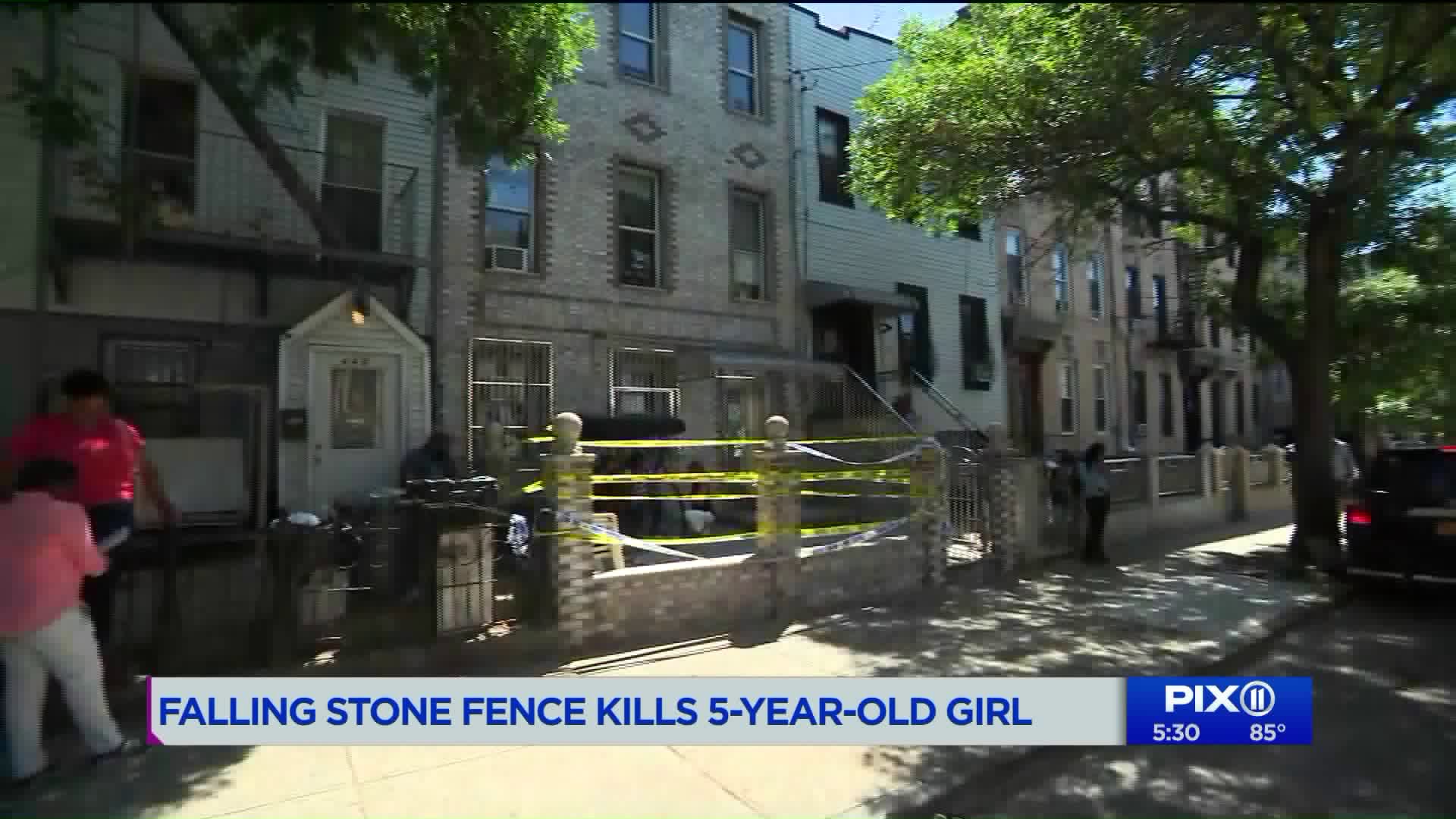 A Brooklyn family was devastated when a 5-year-old girl was crushed by a falling granite fence in Bushwick, Brooklyn.

BUSHWICK, Brooklyn — A Brooklyn family was devastated when a 5-year-old girl was crushed by a falling granite fence in Bushwick, Brooklyn.

Alysson Pinto-Chaumana was visiting her uncle on Harman Street Thursday night when it happened.

Surveillance video showed the moment Alysson walked up to the interior of the stone fence just before 9pm. It looks like the heavy granite pillars begin to fall before she reaches it.

"Then I heard the screaming of the mother, 'Saying, oh my daughter! My daughter!'" neighbor Orquida Peralta said

Alysson's father Edgar Pinto told PIX11 News in Spanish that she wanted to grow up to be a doctor.

"It's been perfect since we got it, there was no problems at all," Donna Netchandra said. "We feel horrible for the family, cause it could've been anybody."

The NYPD said Alysson suffered major head trauma. Her mother flagged down an ambulance but Alysson died at a nearby hospital.

"She was so deeply sad," Orquida Peralta said.

The Department of Buildings told PIX11 News it issued a violation for failure to maintain the property. Thursday night DOB inspectors found the remaining parts of the fence were loose and ordered the landlord to take it down.

Manjinder Singh did not return PIX11 News' call for comment.

The NYPD initially said the little girl had been playing with the fence when it fell. But the surveillance video showed it started to fall before she reached it. Police said the investigation continues.