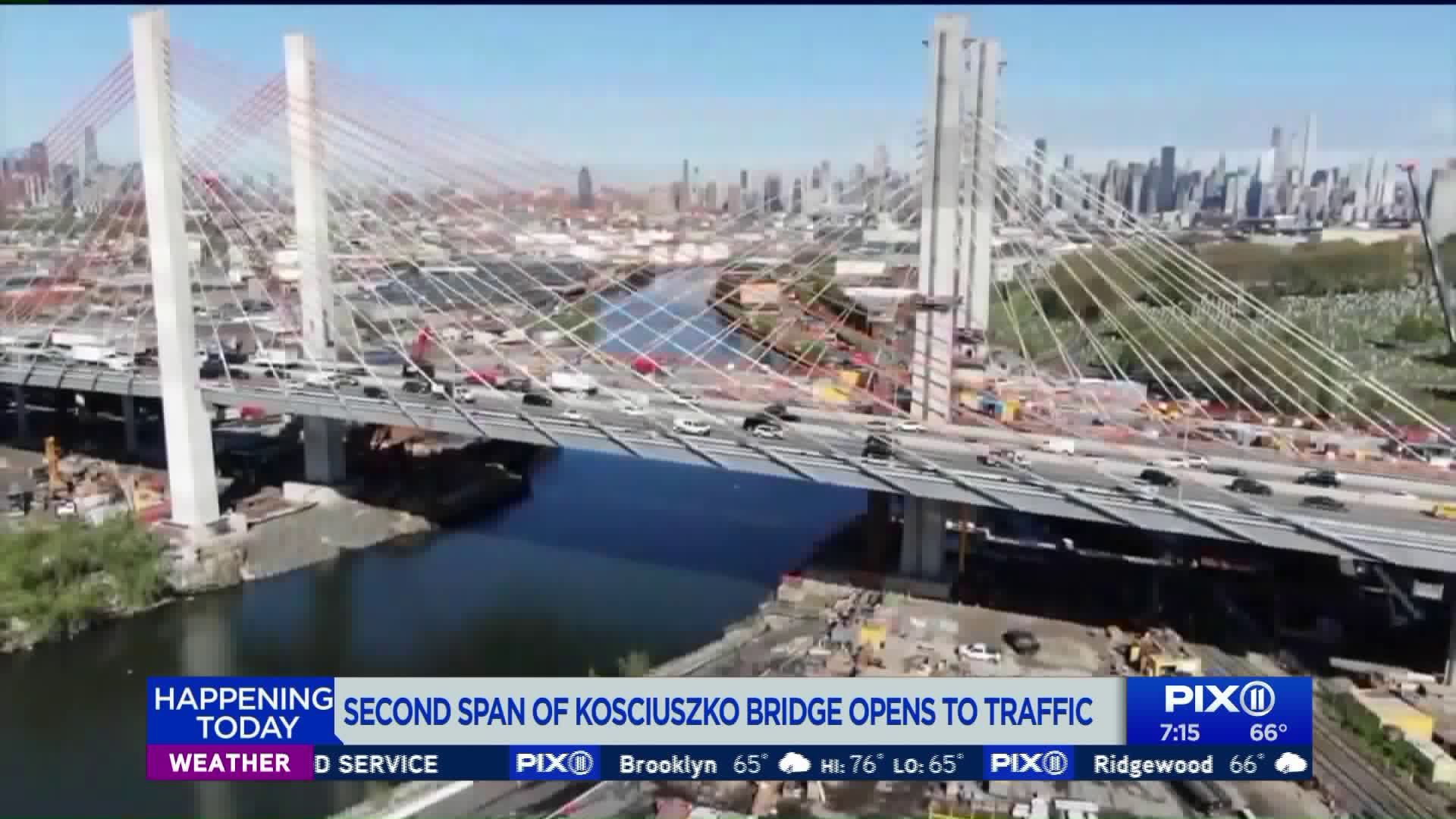 NEW YORK — The second span of the new Kosciuszko Bridge between Brooklyn and Queens opened to traffic Thursday morning, about four years earlier than scheduled.

Gov. Andrew Cuomo made the announcement on Sunday. Before its opening, the public had the a chance to bike or walk over the new bridge on Wednesday.

The completed bridge features five Queens-bound traffic lanes and four Brooklyn-bound lanes as well as a 20-foot-wide pedestrian and bicycle pathway. It's expected to handle 200,000 drivers per day.

The eastbound span of the new Kosciuszko Bridge opened in April. The second span was slated to be completed in 2023.

The old Kosciuszko Bridge opened in 1939. It's named for Tadeusz Kosciuszko, a military engineer from Poland who came to fight for the independence of the American colonies.

The $873 million project is the first major bridge built in New York City since the Verrazzano-Narrows Bridge in 1964. The original Kosciuszko Bridge opened in 1939.