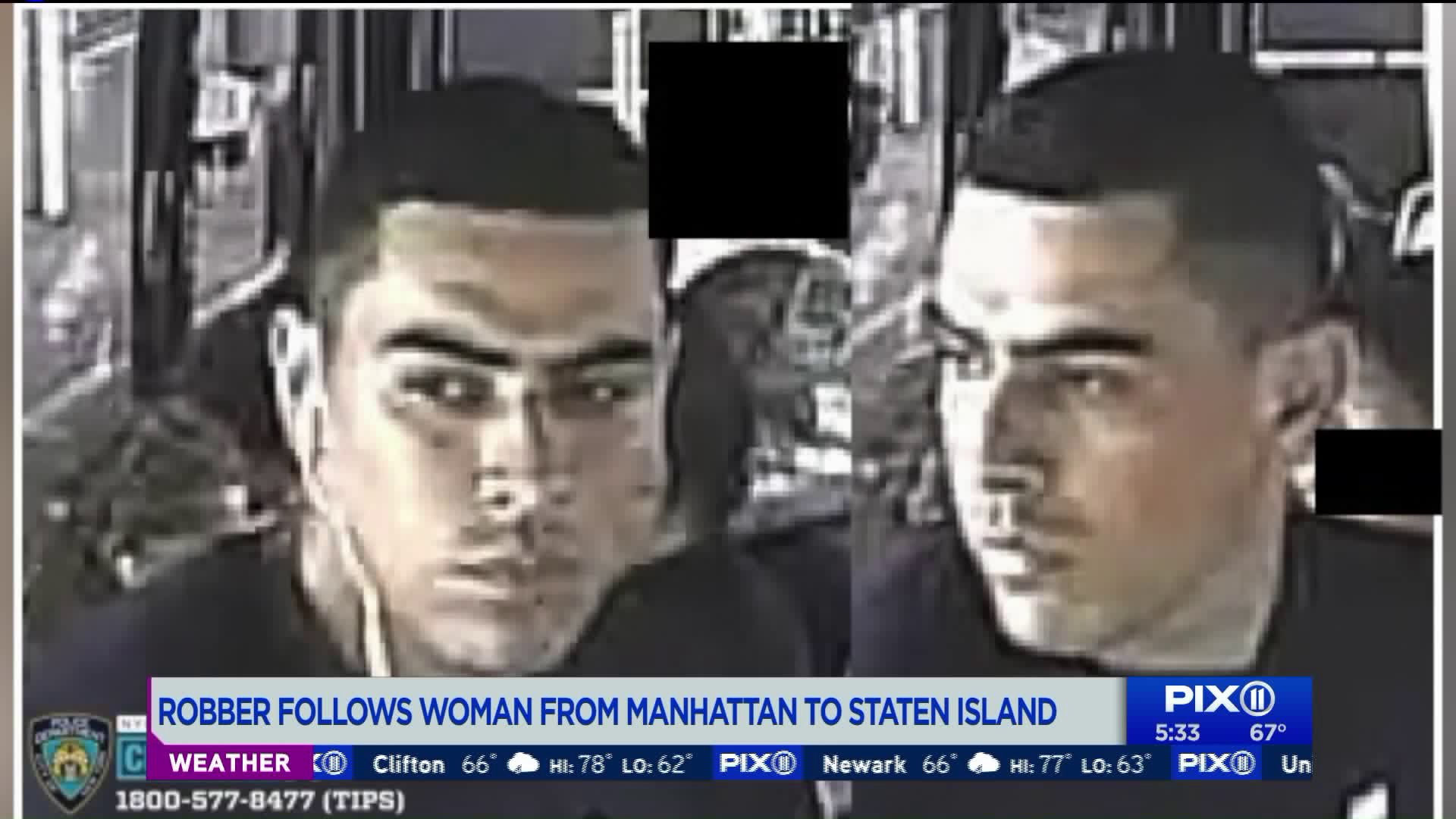 Police are looking for a man they said targeted a 78-year-old woman who works in Manhattan and lives on Staten Island. The man is accused of following the woman from her job in Chinatown, on the Staten Island Ferry, on a city bus, and to her Staten Island home, before pushing her and snatching her luggage carrying $2,000 in cash adn valuables, police said.

NEW YORK — A man followed a woman for 16 miles on foot, by ferry and by bus—from her job in Manhattan to her home on Staten Island—before attacking and robbing her, police said.

The elaborate crime began in Chinatown on Tuesday, July 23, with the man allegedly lying in wait for hours for the 78-year-old woman, near the corner of Elizabeth and Hester streets, according to authorities.

Police said the man followed the woman, who buys and sells jewelry, from where she was working to the Staten Island Ferry terminal in Lower Manhattan, onto the ferry, then onto a bus, where he was captured on surveillance cameras.

The man continued to trail the woman on foot to her Staten Island home, near the intersection of Bradley and Portage avenues, police said.

Outside her home, the man pushed her to the ground before snatching her luggage, carrying $200 in cash, several thousand dollars worth of jewelry and two cell phones, according to authorities.

The man then jumped into a car and made his getaway in the stolen vehicle, police said.

The NYPD later found the car dumped in northern Queens, they said.

Police have released the below surveillance images of the man wanted in connection with the crime.