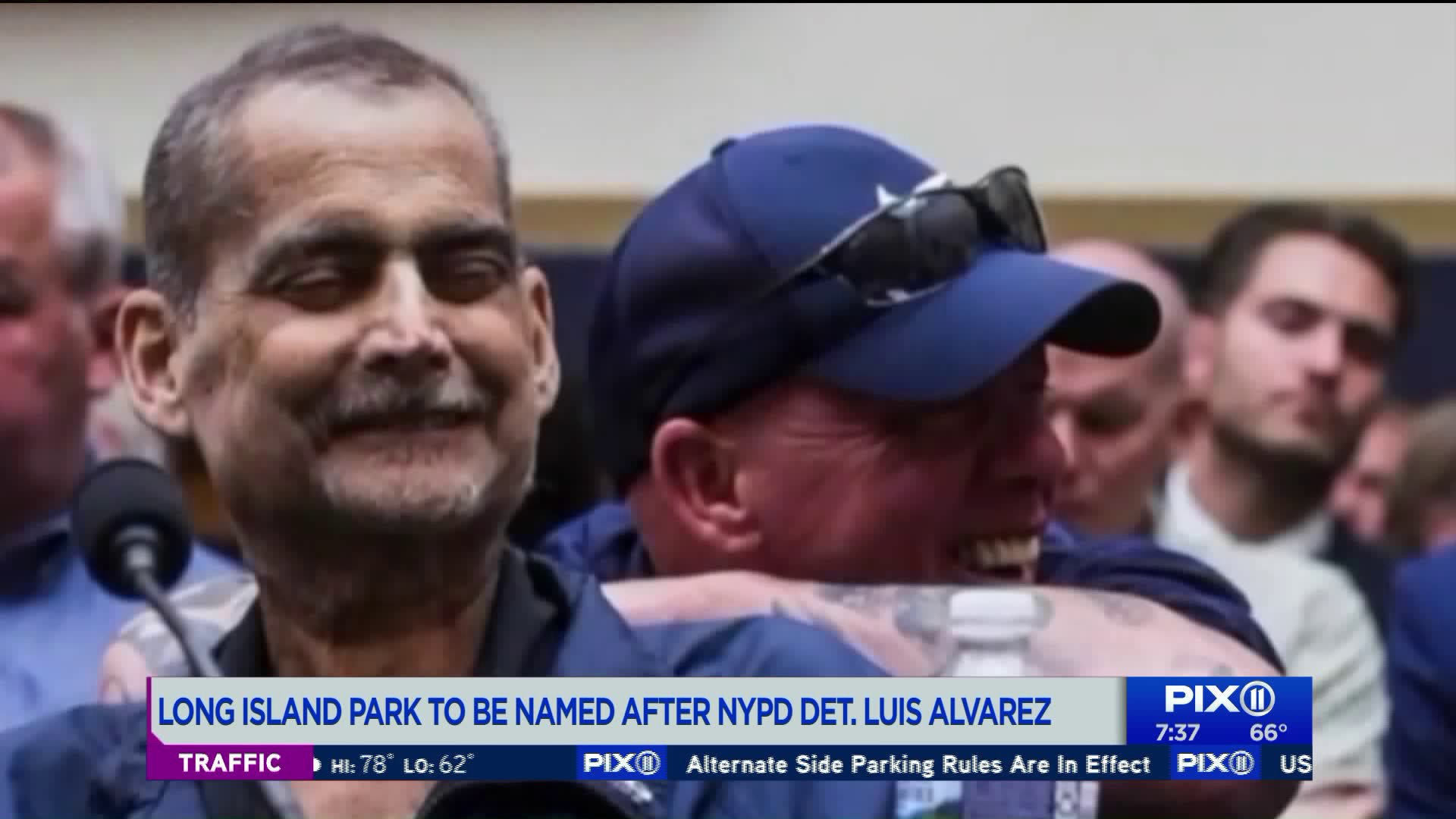 A Nassau County park may soon be named for late NYPD Detective Luis Alvarez, a September 11 first responder who gained noteriety when he appeared before Congress, fighting for the September 11th Victims Compensation Fund earlier this year, just weeks before his death due to 9/11-related cancer.

OCEANSIDE, Long Island — A Long Island park is set to be renamed in honor of Luis Alvarez, a 9/11 first responder and champion for the September 11 Victim Compensation Fund, who died in June from cancer related to his time working at ground zero after the terrorist attacks.

Weeks before his death, the retired NYPD Bomb Squad detective appeared with Jon Stewart before Congress , making an emotional and personal plea for the continued funding of the victims' benefits fund.

"To have this beautiful meditation and reflection park in his hometown of Oceanside for adults and children to enjoy, is truly an honor to the legacy of Luis Alvarez," his family said in a statement Wednesday thanking the county executive and residents for the "beautiful gesture."

There is no word yet on when a dedication ceremony will take place at the park.