Driver flees after car gets wedged in bike path along FDR Drive: police 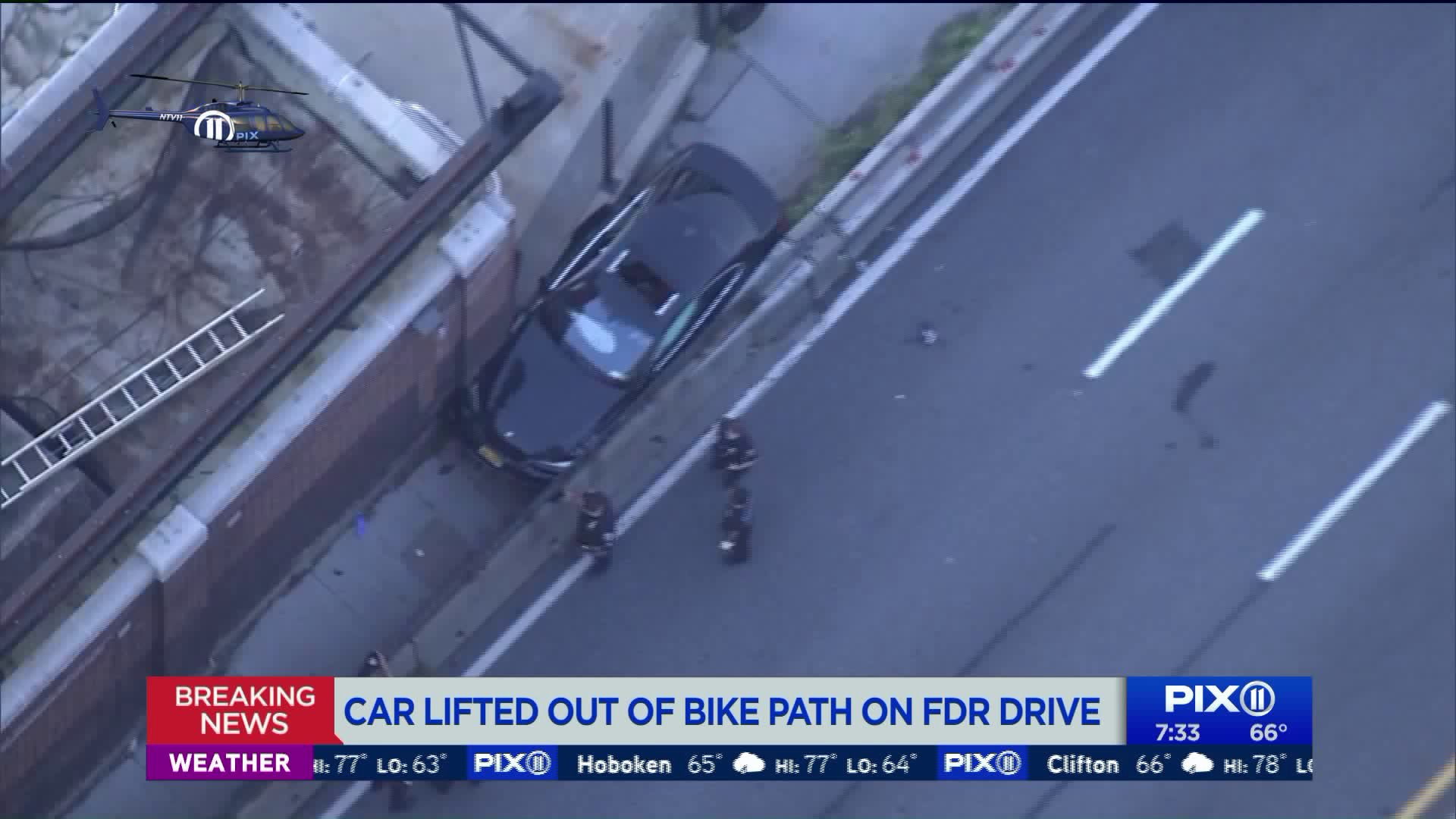 Police say the driver fled the scene and is no where to be found after a car somehow got wedged inside a sectioned-off bike path along the FDR Drive highway Thursday morning. All northbound lanes of the highway were shut down as a tow truck lifted the stuck car out of the small space and towed it away.

EAST VILLAGE — A car had to be lifted out by a tow truck after it somehow became wedged inside a sectioned off bike and jogging path along the FDR Drive highway Thursday morning.

AIR 11 was over the scene as the BMW was stuck in the small pedestrian pathway along the highway, near East 14th Street, and as it was lifted out and towed away later in the morning.

All northbound lanes of the Manhattan highway were shut down Thursday morning as the car was removed.

Police said the driver of the car fled the scene and was nowhere to be found.

Authorities do not know where the car entered the sectioned-off path or how it got stuck there.

The FDR has since reopened, but traffic delays might still be felt coming from Lower Manhattan and the Brooklyn Bridge.