De Blasio presses on despite local pressure to drop out 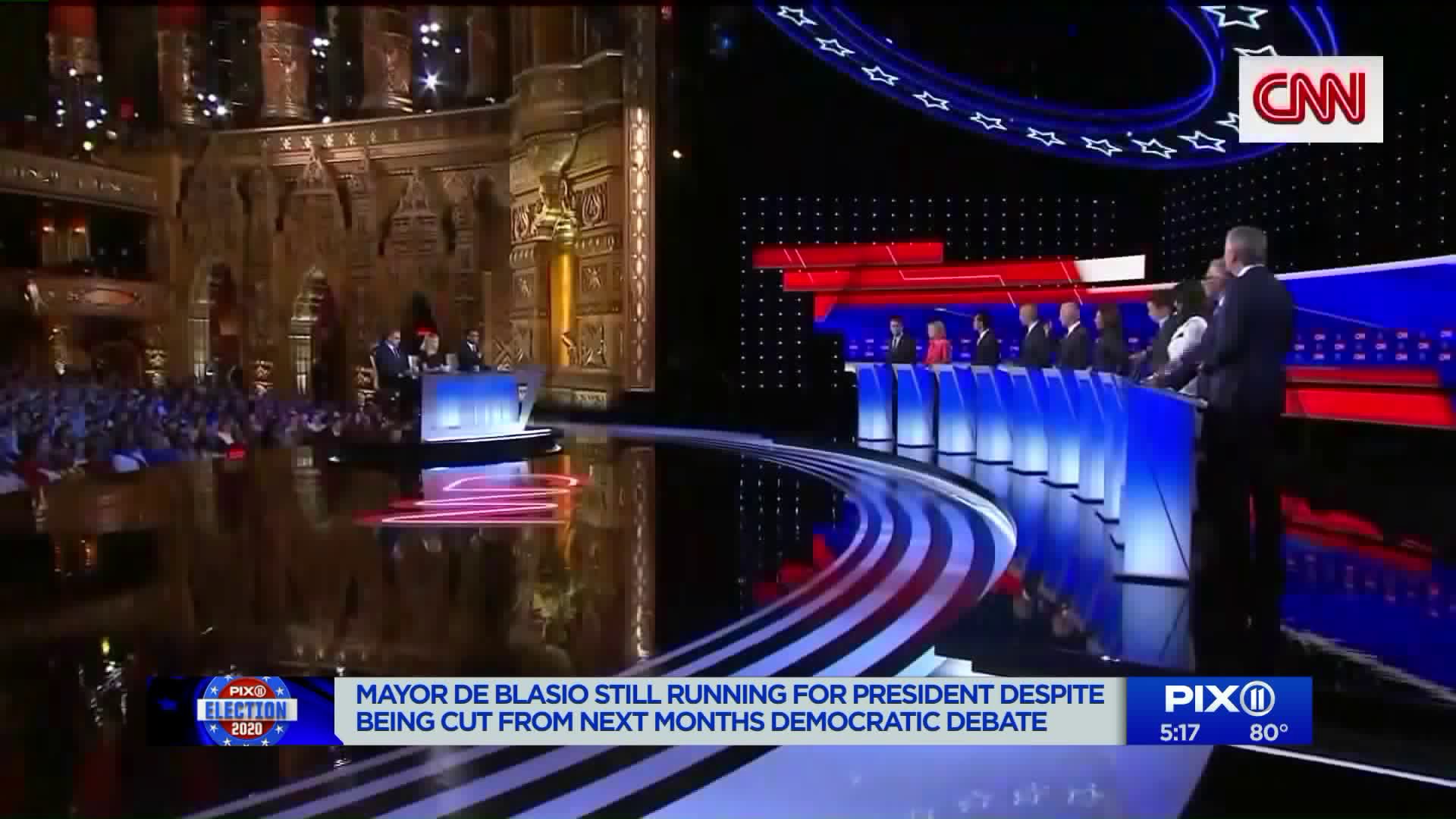 Local calls for Mayor Bill de Blasio to give up his presidential ambitions are growing louder with his failure to qualify for the next Democratic debate, and other second-tier candidates already dropping out.

NEW YORK CITY — Local calls for Mayor Bill de Blasio to give up his presidential ambitions are growing louder with his failure to qualify for the next Democratic debate, and other second-tier candidates already dropping out.

“Hi there, have you seen this man?,” Davram Stiefler asked jokingly in the shadow of city hall Thursday.

He and Jason Selvig were handing out snarky missing persons posters with de Blasio’s face front and center.

“I think this is hilarious,” said one woman passing by.

And after plastering a few on trash cans and polls they also used a bigger poster to unofficially renamed city hall Iowa.

“Maybe the mayor will be more comfortable showing up to work if it’s called Iowa, and he won’t keep campaigning thousands of miles away,” Stiefler said.

But the tongue and cheek tactics to encourage the mayor to end his presidential run underscore real frustrations from real New Yorkers about housing affordability, the subways and other issues.

Mayor de Blasio so far has failed to gain traction in the polls or with fundraising efforts. Several candidates who missed the next debate have dropped out, most notably New York Sen. Kirsten Gillibrand last night.

She said poignantly in her announcement video: “It’s important to know when it’s not your time, and to know how to best serve your community and your country.”

However, de Blasio has been steadfast in his refusal to leave the campaign trail — consistently insisted he can do his current job remotely. He has also said from the very first weekend when he campaigned in South Carolina, that he sticking it out until voting begins early next year.

“Everyday people are going to think about their final choice for president in the weeks or even days leading up to their primary, so that’s the reality, there is plenty of time to get a message out,” he said.

When contacted Thursday, de Blasio’s campaign remained focused on the campaign ahead of them.

“The Mayor very much looks forward to his return engagement on 'Pod Save America,'" they said in a statement.

"He also looks forward to the Nevada State AFL-CIO convention on Thursday and the New Hampshire State Democratic Convention on September 7 as well as many appearances ahead.”