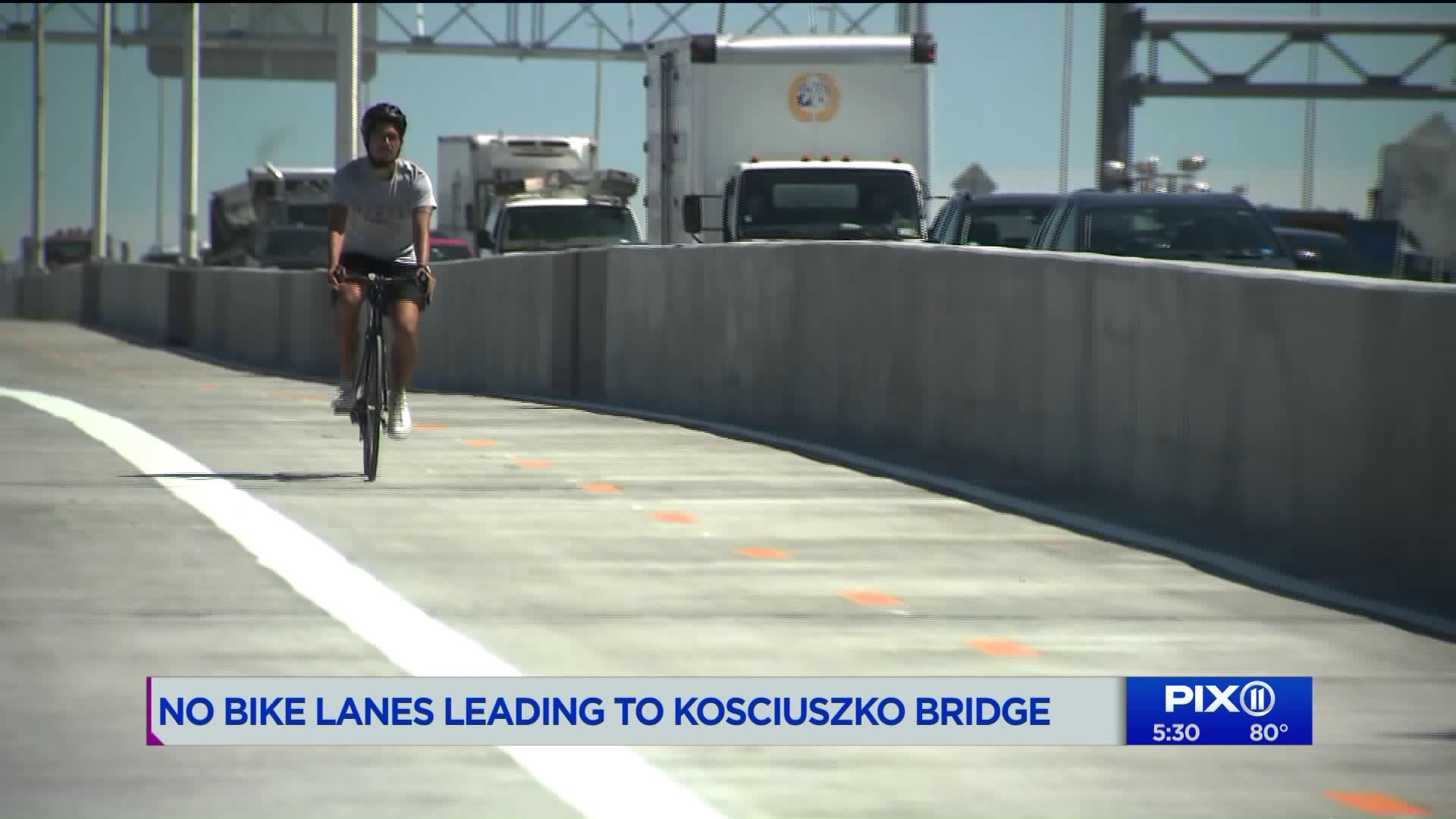 The second span of the Koscuiuszko Bridge is now open to traffic. And that span includes wide pedestrian and bike lanes.

LONG ISLAND CITY — The second span of the Koscuiuszko Bridge is now open to traffic and that span includes wide pedestrian and bike lanes.

There are soaring views of New York City. But reviews of the bike trip leading up to the bridge in both Brooklyn and Queens are far from stellar.

"In Frogger you have infinite lives but here you only get one," Transportation Alternatives' organizer Juan Restrepo said.

On both sides of the bridge, there are industrial streets without bike lanes. "It's quite frankly a harrowing journey," Restrepo said.

Gerald Esposito, the district manager of Brooklyn's Community Board 1, said the New York City Department of Transportation had plenty of time to put bike lanes in place.

"It's been 17 years in the workings and we would have hoped that city DOT would have put together some sort of plan for when the cyclists and the pedestrians exit the bridge for safe crossing and safe transportation," Esposito said.

The New York State Department of Transportation built the Koscuiuszko Bridge and its bike lanes. But once the bridge spills out into New York City streets, the city DOT takes over responsibility.

Wa-de Evans, a seasoned bike messenger, said even he gets nervous around all of the speeding trucks in Greenpoint and Williamsburg.

"Once you come off this bridge, you are basically in a no-mans land for the next two and a half to three miles," Evans said.

But cyclist Andrew Williams said he wasn't phased that he has to ride in the street.

"I'm a native New Yorker so I've been biking this city since from when I was a little kid."

The New York City Department of Transportation told PIX11 News there are plans in place for bike lanes and safe crossings in both boroughs but a spokesperson did not give a timeline for when they would be built.

To see the DOT plans click here and here: