Coney Island residents were forced to get water from park sprinklers 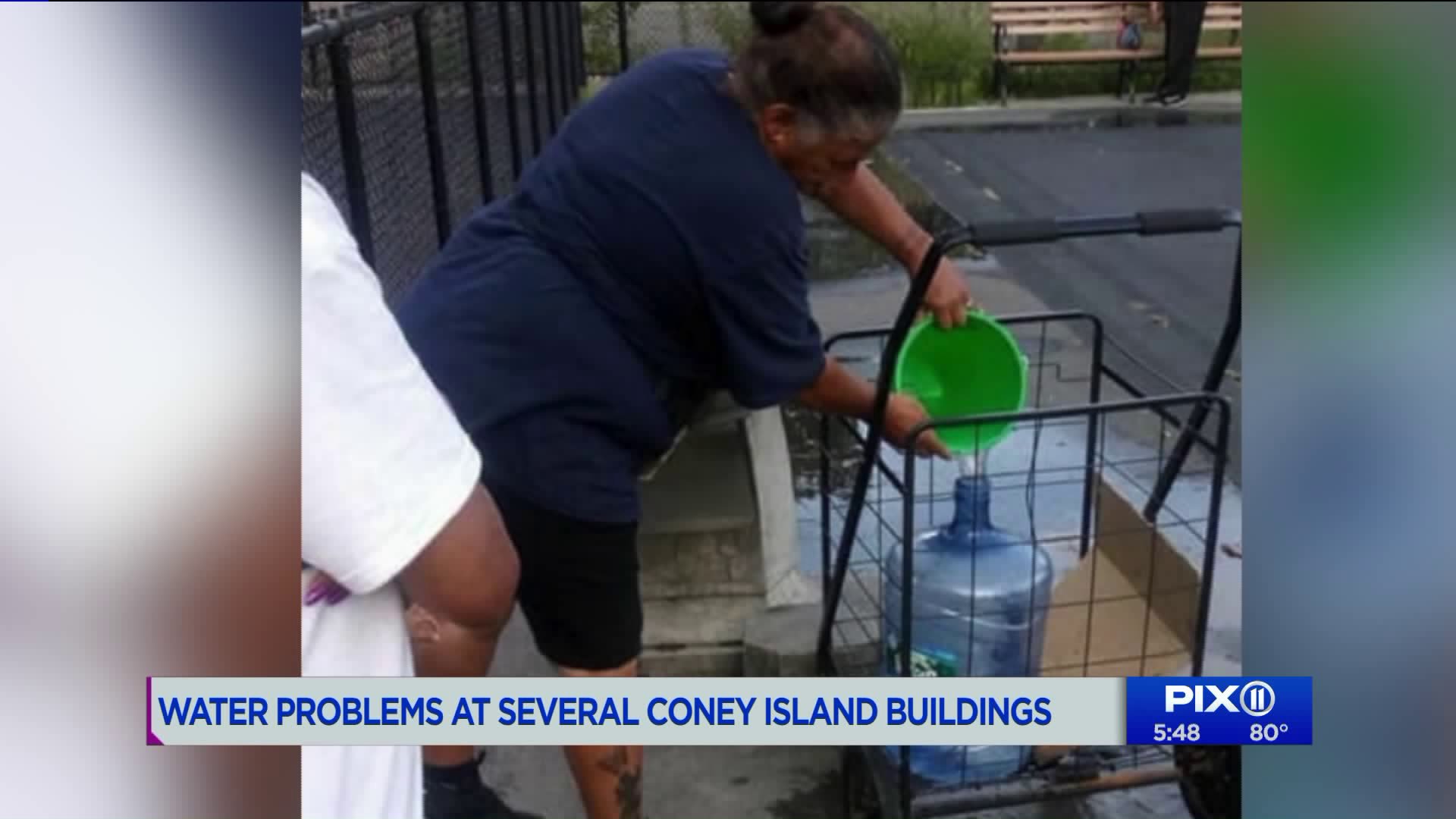 Residents had to get water from sprinklers outside. People had to fill shopping carts with buckets of water so kids could wash their hands and toilets would flush.

CONEY ISLAND, Brooklyn —New York City Housing Authority residents trekked to a park with buckets so they could get water from sprinklers.

Members of his staff opened up their homes so people in the neighborhood could shower. People posted on Facebook looking for working showers.

Surfside Gardens tenant Antionette Jones is tired and frustrated. She needs a hot shower and an explanation from the city.

After Hurricane Sandy, $3 billion was given to developments for infrastructure improvements, Treyger said. He wants to know where the money is and why work isn't being done.

“While water service has been restored, residents have experienced intermittent service issues," a NYCHA spokesperson said. "We appreciate our residents’ patience as staff remain onsite to monitor and complete any subsequent repairs.”