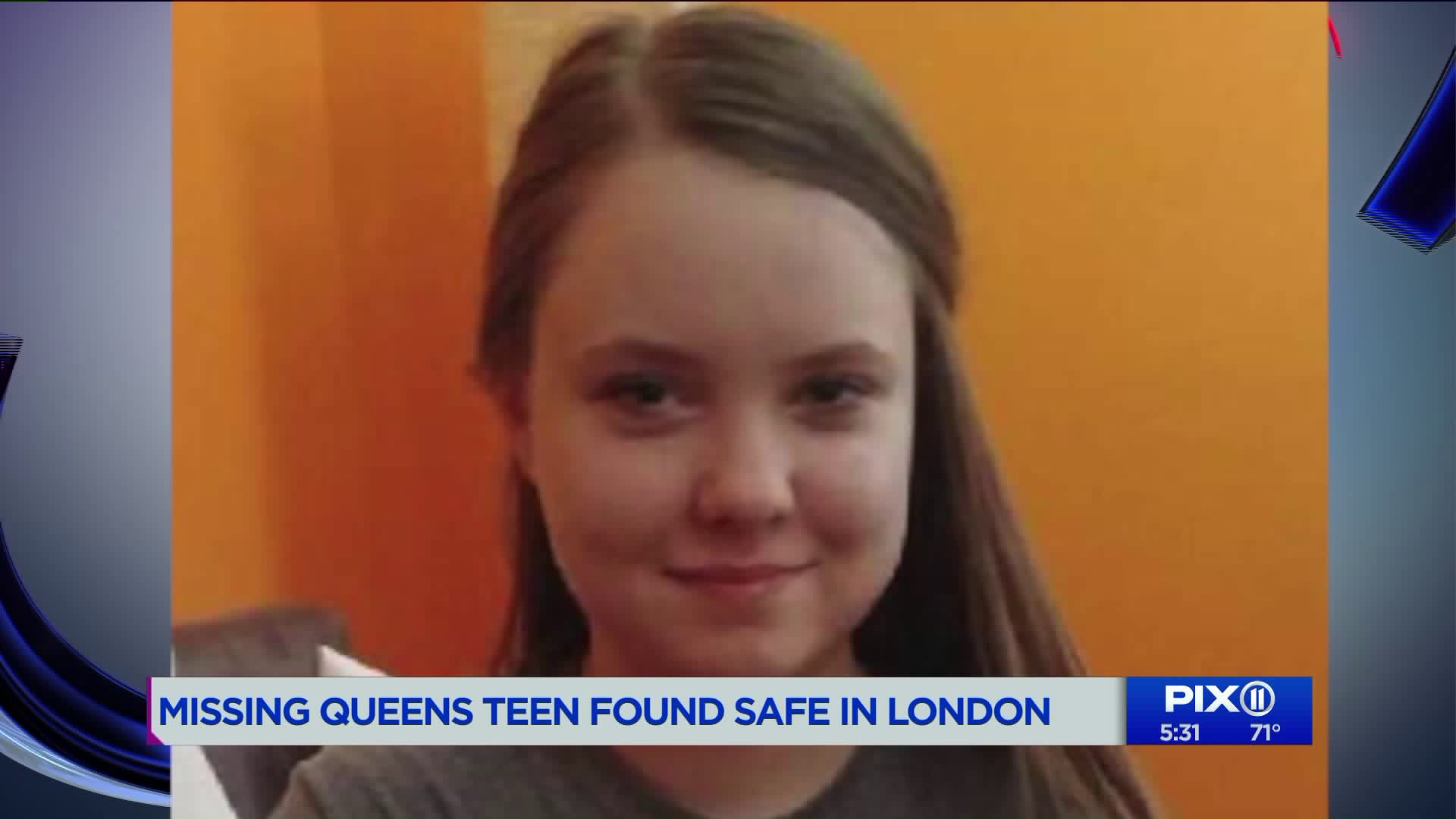 A Queens teenager last seen on Saturday was found in London, police said Wednesday. She is believed to have developed some sort of relationship with a man, whose age is not immediately known, according to police officials. A source told PIX11`s Nicole Johnson that the man is believed to have lured her there.

Officers said Victoria Grabowski, 16, was last seen at 10 a.m. Saturday at her home in Maspeth, Queens.

She flew to London with clothes and money, officials said.

Police in London located the teen and have a man in custody that they are questioning, according to NYPD officials.

Grabowski is said to be safe and will be reunited with her parents soon, NYPD Chief of Detectives Dermot Shea said Wednesday.

FOUND: 16 year old girl from Queens was found in London, police are question a man they believe lured her there. Details @pix11news at 5pm. #nypd #pix11news #nikreport #reporterlife #breakingnews

A source told PIX11's Nicole Johnson that the girl used a credit card to pay for the ticket.

This story previously cited a report from the New York Daily News that Grabowski had used cash to purchase her plane ticket.