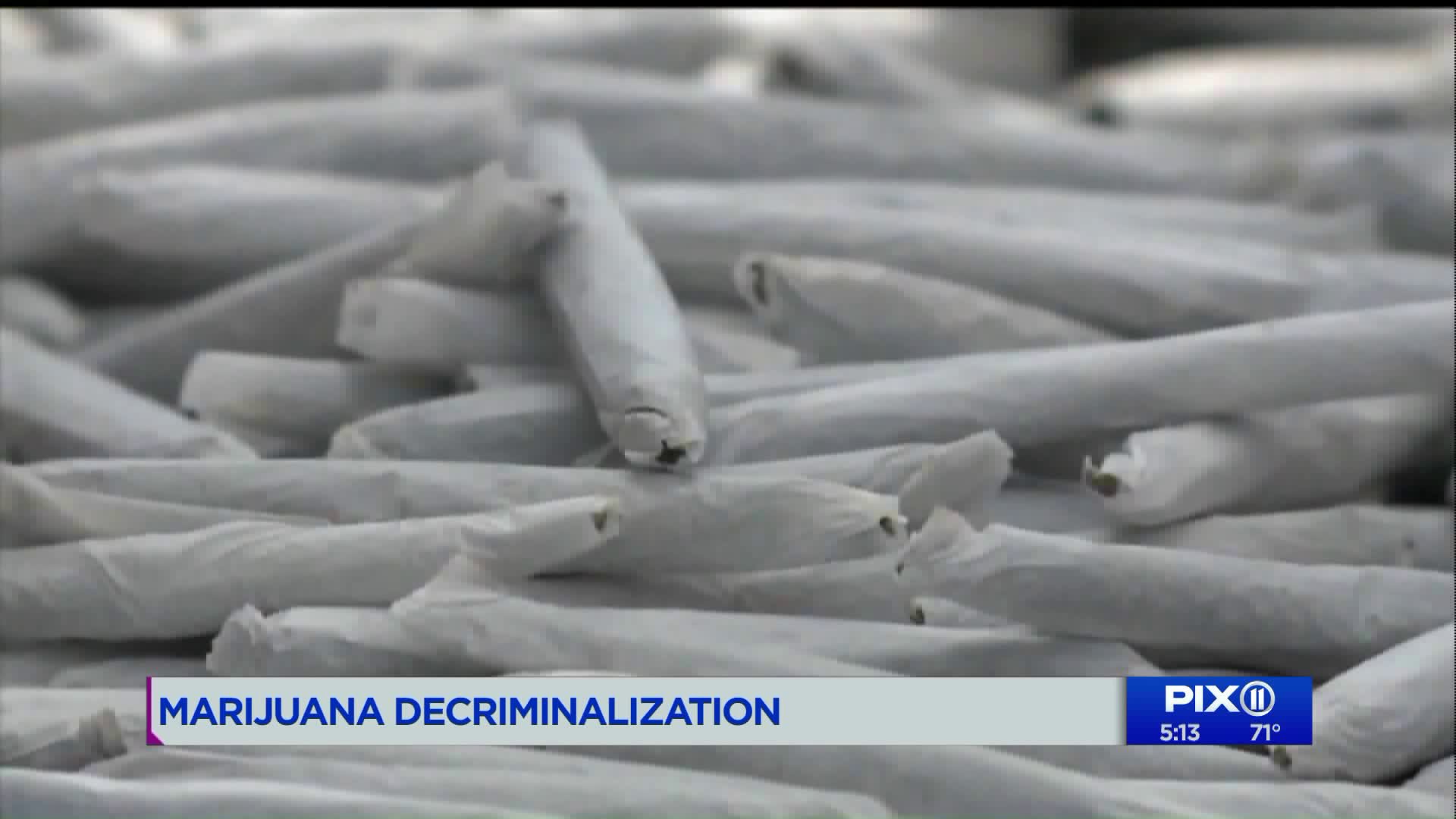 A New York state law softens penalties for possessing small amounts of marijuana and creates a process for erasing certain past offenses. The maximum penalty is now $50 for possessing less than an ounce of pot. The law took effect Wednesday.

ALBANY, N.Y. — New York softened penalties for possessing small amounts of marijuana and created a process for erasing certain past offenses in a state law that went into place Wednesday.

The maximum penalty for possessing less than an ounce of pot has been lowered to $50. The legislation also turns an unlawful marijuana possession statute into a violation similar to a traffic ticket, instead of a criminal charge.

"It's going to affect so many people that I know," Bronx resident Camille Lipscomb said.

The criminal statute was responsible for hundreds of thousands of arrests over the past four decades, according to state data.

"For too long communities of color have been disproportionately impacted by laws governing marijuana and have suffered the life-long consequences of an unfair marijuana conviction," said Democratic Gov. Andrew Cuomo in a statement issued Wednesday.

Lipscomb said some people in her neighborhood think it's too good to be true.

"A lot of them don't believe it and they think it's set up," she said.

But it's not. Doors will open for attorney David Holland's clients. A clean record helps with employment and housing. But Holland, the executive and legal director of Empire State NORML, wants it to go further.

"It's limited progress. I think that legalization should pass in New York. There's no reason for it not to. It's political rather than practical," Holland said.

Advocates for marijuana legalization have argued the law is a positive step but falls short of addressing negative consequences that come with keeping the drug illegal. Under the law, they say people can still face immigration consequences and probation violations for basic marijuana possession.

Advocates said it also leaves the door open for law enforcement to continue targeting people of color and their communities.

Dr. Kevin Sabet, a former White House senior policy advisor and president of Smart Approaches to Marijuana applauded the new law that helps unfairly targeted communities of color, but he does not agree with legalization.

"We don't want to see people thrown in prison for pot. We don't see justice in that. But we also don't want to go to the other extreme of legalization," Sabet said.

Besides creating a process for expunging certain cases, records tied to low-level marijuana cases will be automatically sealed under the law.

New York's Division of Criminal Justice Services said the law will lead to the sealing of more than 200,000 convictions for low-level marijuana offenses.

At least 24,400 people will no longer have a criminal record under the law, according to the agency.

The NYPD tweeted that, "As of today, marijuana laws in New York State have changed. It is still illegal to possess any amount of marijuana."