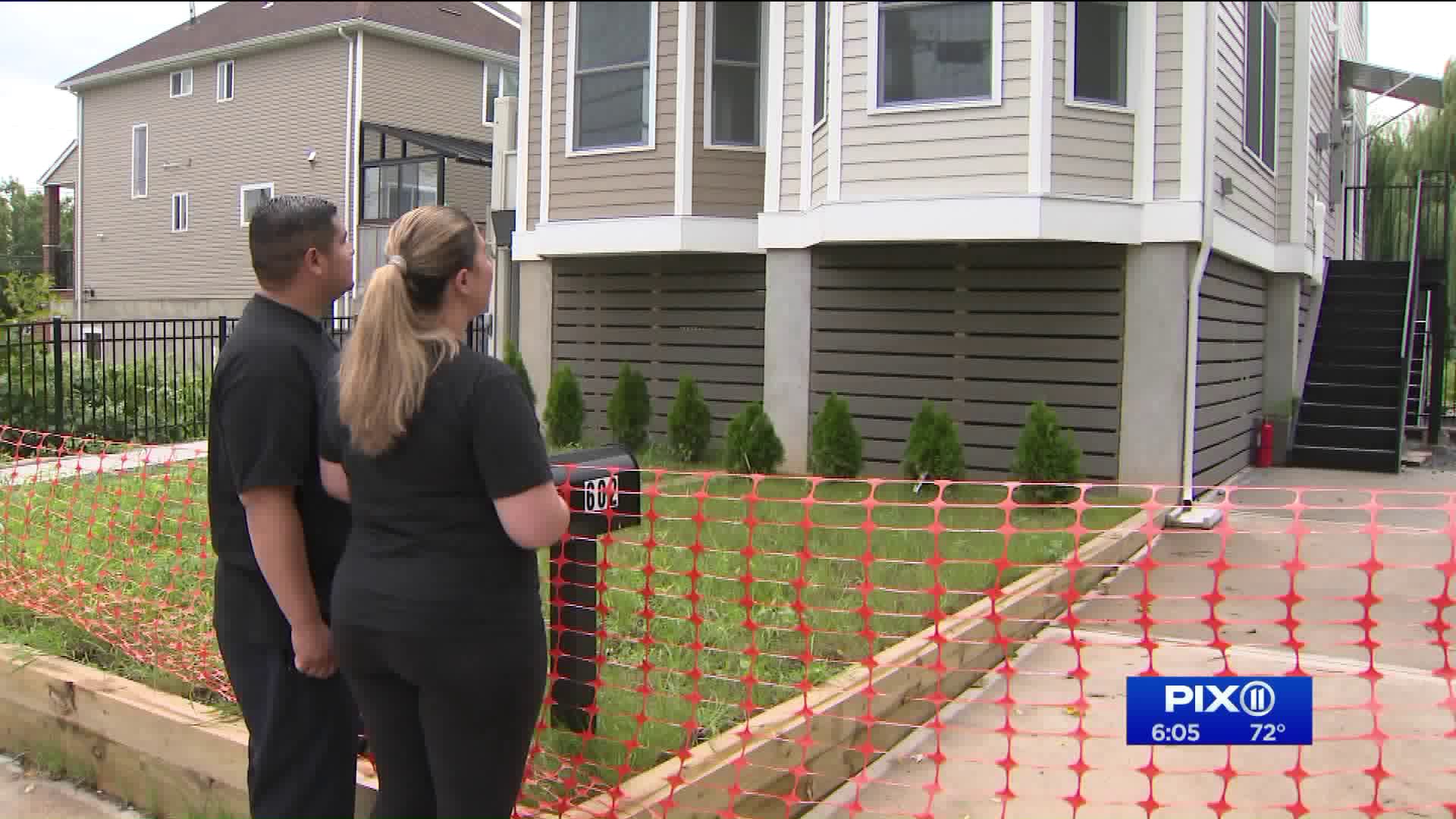 Cara Londono gave birth to three children in the years since Super Storm Sandy forced Cara and husband, Mauricio, to swim out of their Seaview Avenue home in murky water to Staten Island University hospital down the street. When Londono thought they could move back home three years after the "Build It Back" program knocked their house to the ground and installed a new, modular home she`s learned the contractor won`t grant her a Certificate of Occupancy.

STATEN ISLAND — Cara Londono gave birth to three children in the years since Super Storm Sandy forced Cara and husband, Mauricio, to swim out of their Seaview Avenue home in murky water to Staten Island University hospital down the street.

When Londono thought they could move back home — three years after the “Build It Back” program knocked their house to the ground and installed a new, modular home — she’s learned the contractor won’t grant her a Certificate of Occupancy.

“We were just informed there’s a lien placed on the home by the contractor, because they haven’t been paid by the city.”

That’s what Gary Allen Modular Homes, based in Eatontown, New Jersey but using a Brooklyn address, told the Londonos and 18 other homeowners.

And that’s what Gary Casazza, the company’s owner, told PIX11 News, when he called us back on the phone.

“I feel really bad for these people,” Casazza said to PIX11. “They should contact the city of New York and say ‘Why aren’t you paying the contractors?’”

Casazza claims the city owes his firm $1.1 million dollars, although he acknowledged Build It Back had paid him for “90 percent” of his work on 30 homes.

“The claim that the city owes this contractor more money is blatantly false, the liens on these homes are unacceptable, and the contractor should be ashamed. The City is actively working to remove these liens and complete the Certificate of Occupancy for these homeowners,” said Laura Feyer, deputy press secretary for New York City Mayor Bill de Blasio.

Cara Londono’s husband, Mauricio, did two tours of duty in Iraq and the family needs two incomes to pay the bills.

The mortgage is $2,200 a month and the portion of rent Londono is responsible for in the family’s cramped apartment is $500.

For more than three years, the Londonos have fought to get back home, after a brief return to renovate their kitchen.

They say city inspectors told them they would have to “raise” the property 12 feet or face fines, and they were advised to join the New York City “Build It Back” program.

The Londonos were living in a semi-attached home with neighbors, Phillip and Vangelia Romano, next door.

But the foundation could not support “lifting” the homes.

“The house was still sinking,” Romano said. “They had to knock it down and put up a pre-fab.”

Cara Londono said when the house was knocked down, a previous contractor did nothing for six months.

“We paid six months of mortgage on dirt,” she said.

The standoff is just one story in a storm that decimated the homes—and lives—of thousands.

Vangelia Romano and her husband both had heart surgery in the last year. Vangelia had three stents put in.

They have clothing stacked up in a tiny, rental apartment they call a “matchbox.”

PIX11 News met the Romanos as we chatted with the Londonos outside their semi-attached homes.

“We come here to pick up the mail and I start crying,” Vangelia Romano said. “You come by, look, and you can’t live in your own house.”

“My dad helped us buy this house. He’s gone now, but it breaks my heart we can’t even live in it.”