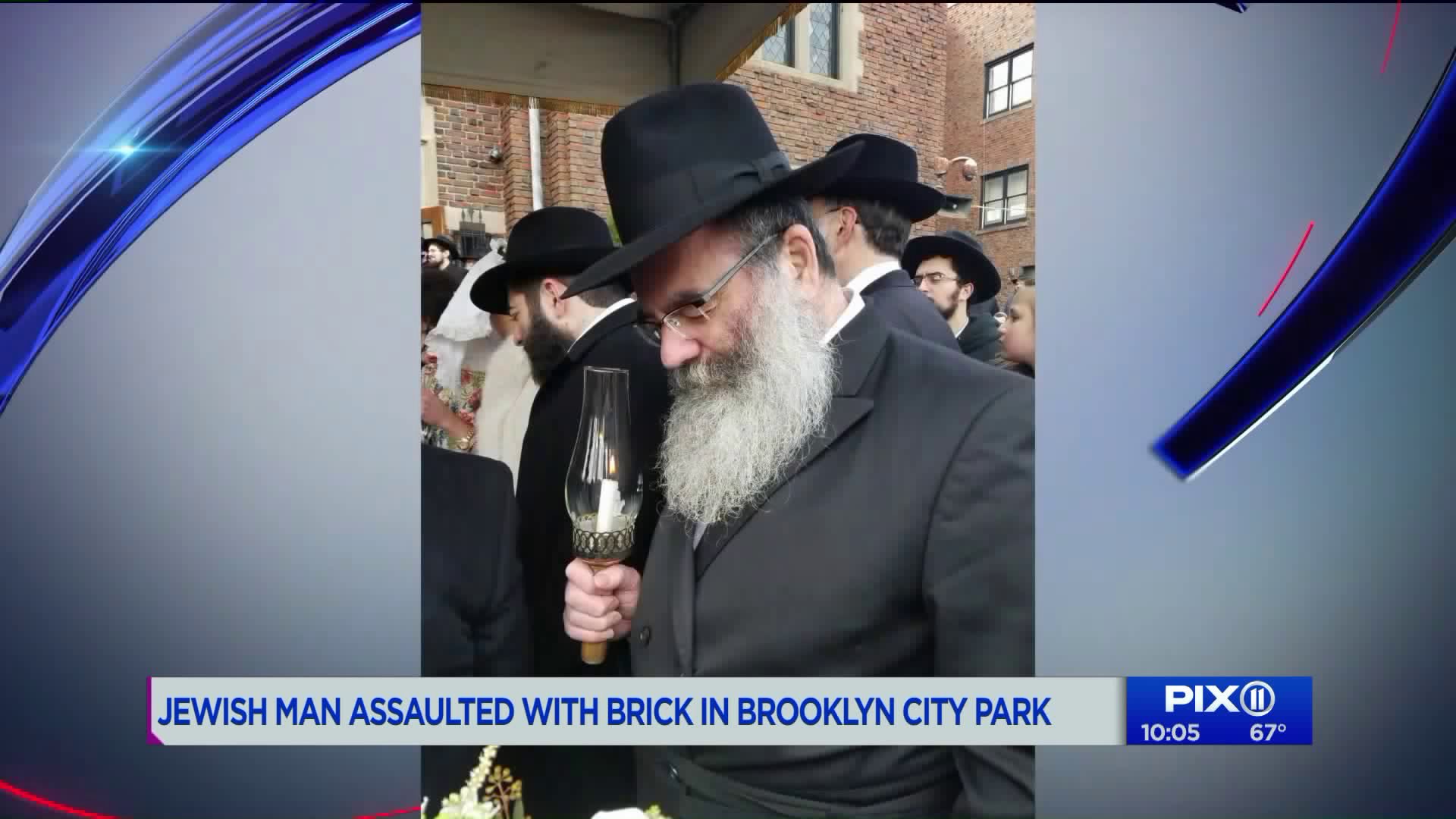 A 63-year-old man with plans to exercise was in a Crown Heights Park Tuesday morning when he was attacked with a brick in what police are investigating as a possible hate crime. The man lost two front teeth, suffered a broken nose and lacerations to the face in the 7:40 a.m beating, officials said. 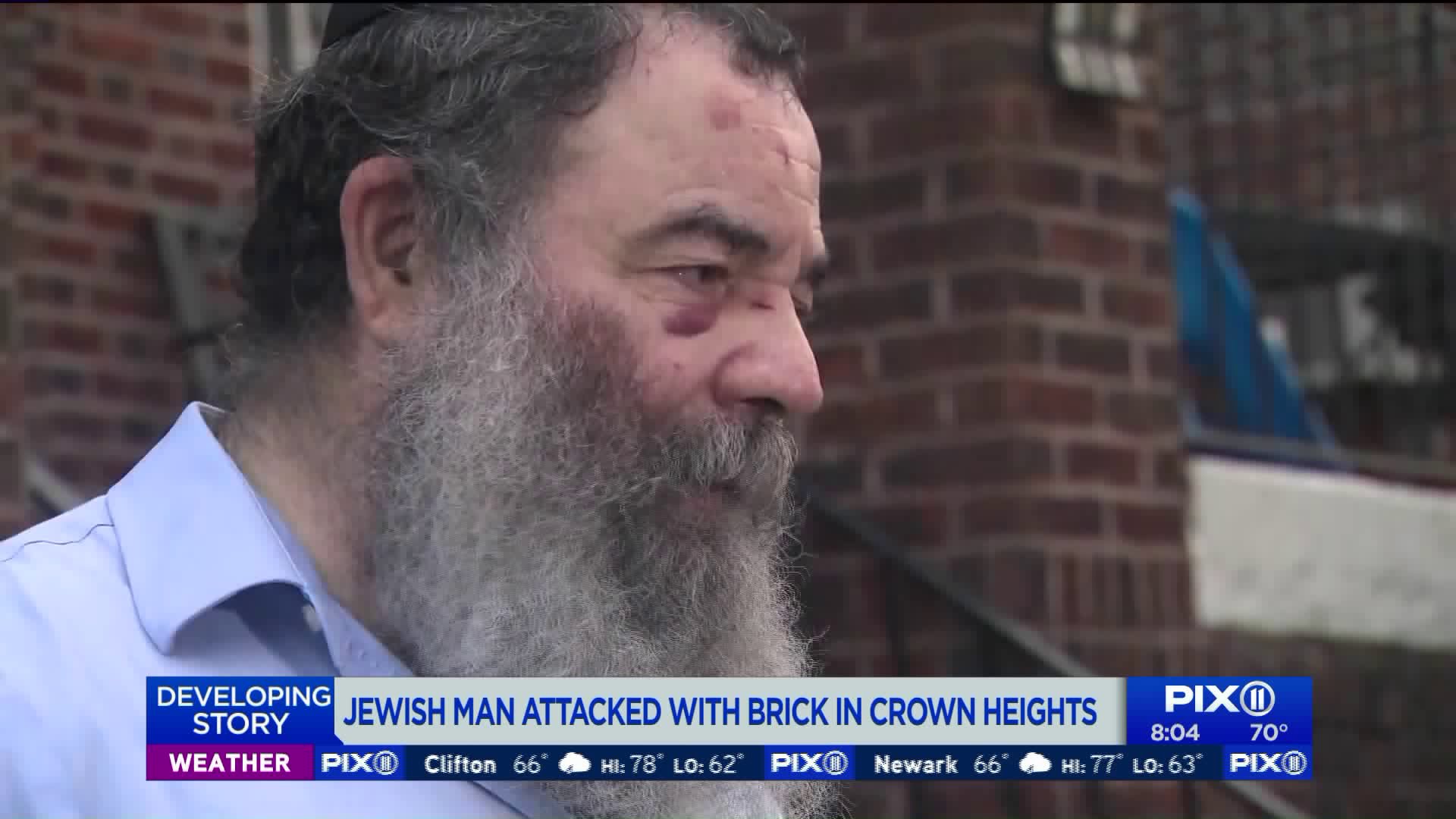 CROWN HEIGHTS, Brooklyn — With broken teeth and a black eye, a rabbi spoke out Wednesday after being attacked with a brick in a Brooklyn park Tuesday.

The 63-year-old grandfather said he believes the man wanted to kill him.

"The way he jumped toward me, he was determined to kill. No question," Abraham Gopin said, adding that his attacker used the phrase "dirty Jews," during the attack, which police are investigating as a hate crime.

Gopin was viciously attacked in Lincoln Terrace Park in Crown Heights as he was on his morning walk around 7:40 a.m. Tuesday, police said.

The Brooklyn rabbi lost two front teeth, suffered a broken nose and multiple lacerations to the face in the beating, police said.

"He came to me, fighting with hands," Gopin said. "I was protecting myself. It was a fight for several minutes."

The victim exercised in Arthur S. Somers Park almost every day. He did not know the man who attacked him.

"Incidents such as this should not happen," Councilman Chaim Deutsch said Tuesday. "No one deserves to go into a park to enjoy our outdoors only to leave in a stretcher."

Mayor Bill de Blasio wished Gopin a "speedy recovering" in tweet Tuesday, vowing "this city will stop at nothing to protect our communities from hate and violence."

The NYPD Hate Crimes Task Force is investigating this despicable act of violence, and we will find the attacker.

This city will stop at nothing to protect our communities from hate and violence.@BennysMusic, I wish your father-in-law a speedy recovery. https://t.co/EVSSKWF0M0

Benny Friedman, the victim's son-in-law, shared a photo of the large brick online.

"This is a horrible traumatizing event for a family," Friedman said. "Unfortunately these events are becoming more and more prevalent and happen more and more often."

At this point in 2018, there had been 90 incidents of anti semitic crime, Deutsch said. There have already been 146 incidents this year.

Gopin is not going to let the beating stop him from going back to the park.

"I believe he's going to continue living just the way he was," Friedman said. "He's a strong man and he'll be OK."

Police described the attacker as being 6 feet tall and weighing around 190 pounds. He was last seen wearing a white tank top and black shorts.

The Anti-Defamation League has offered a reward for information leading to an arrest.

“We are alarmed and deeply concerned by this violent assault on an elderly Jewish man,” said ADL NY/NJ Regional Director Evan Bernstein. “The sheer brutally of this attack is beyond shocking and profoundly upsetting."