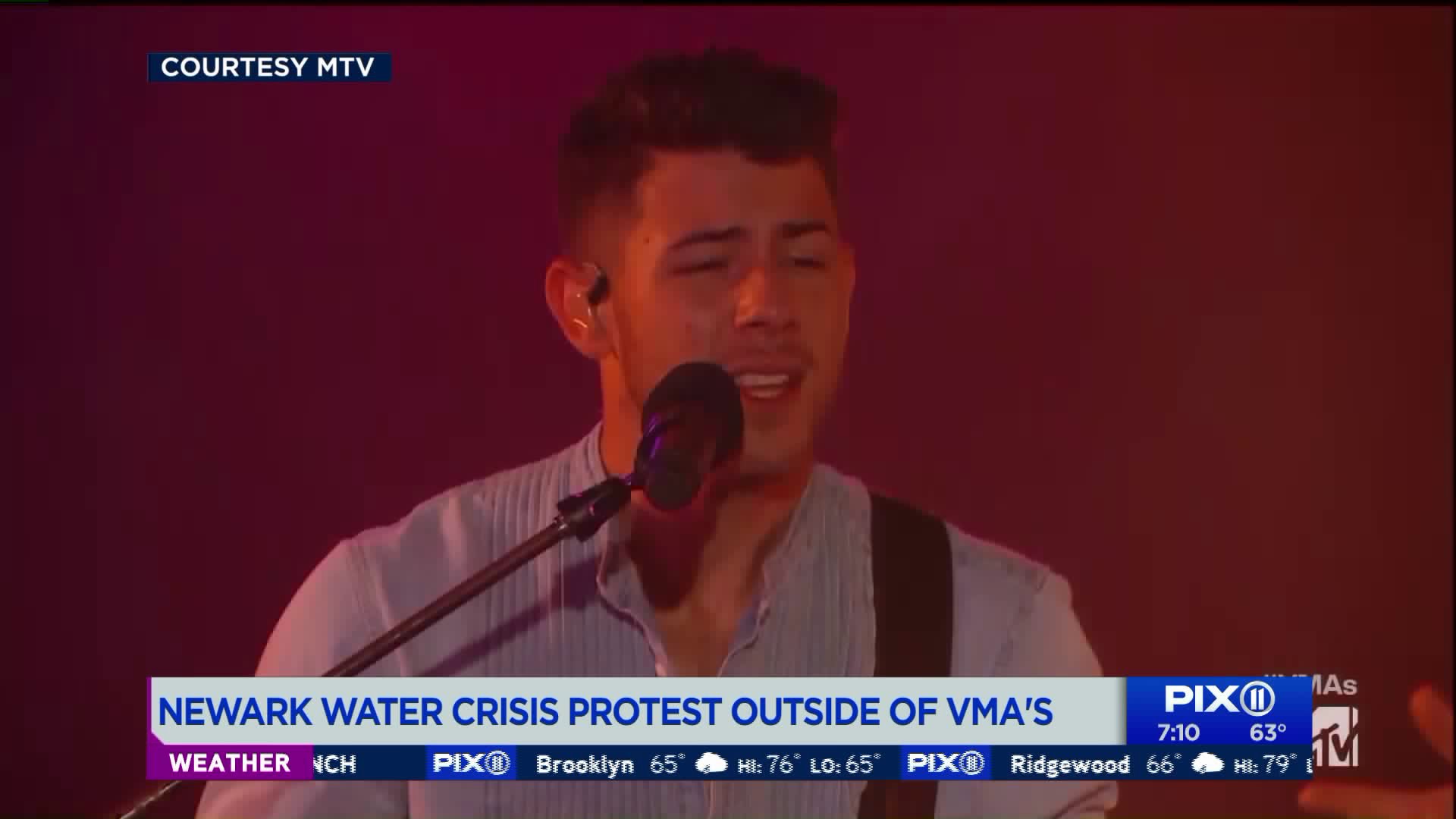 New Jersey was represented at Monday nights MTV Video Music Awards, held at Newarks Prudential Center for the first time. Artists from the Garden State not only showed pride for their home state inside the show, but protesters showed up and let their voices be heard outside the arena, bringing attention to Newark`s water crisis.

Taylor Swift is certainly not taking a literal interpretation of her single, “You Need to Calm Down.”

The singer got political during her 2019 MTV Video Music Awards acceptance speech for video of the year, which she won for the pride-themed anthem, to call out the Trump administration’s current lack of acknowledgment of the Equality Act petition for LGBTQ rights. A call to sign the petition was featured at the end of her video.

Taylor Swift used her VMA acceptance speech for video of the year to call for action on the Equality Act. (Dimitrios Kambouris/Getty Images)

“It now has half a million signatures, which is five times the amount that it would need to warrant a response from the White House,” Swift said, then looked at her wrist as if to gesture she was checking the time on a watch.

She also suggested that elected officials against this and similar measures should be wary of a sea change because fans voted “You Need to Calm Down” as the category’s winner.

“In this video several points were made, so you voting for this video means that you want a world, where we’re all treated equally under the law,” she said.

Swift wasn’t the only performer to get political at this year’s VMAs. Rapper French Montana and “GLOW” star Alison Brie took a pro-immigration stance when they presented the award for best Latin music video.

The Moroccan-born musician said he was proud to present the award as an immigrant, adding “I feel like we are the people that make this country, and I feel like I want to be the voice.”

CNN has reached out to the White House for a response to Swift’s comments.