Panel recommends getting rid of gifted programs in NYC schools 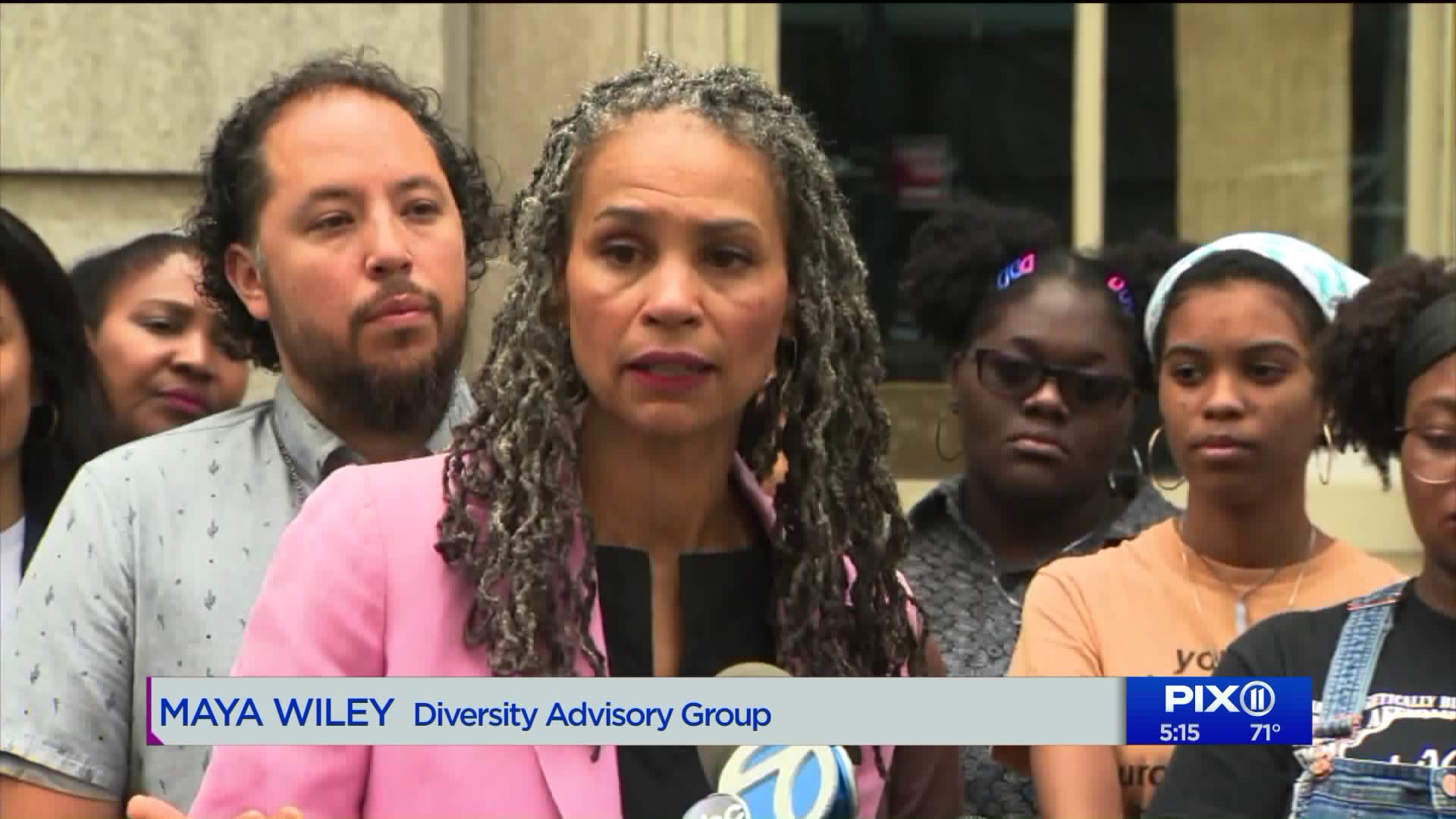 The School Diversity Advisory Group -- a committee convened by Mayor Bill De Blasio to try and change the segregated nature of the city`s public schools, has released a report that would end the city`s gifted and talented programs, among other major changes.

The School Diversity Advisory Group -- a committee convened by Mayor Bill De Blasio to try and change the segregated nature of the city's public schools, has released a report that would end the city's gifted and talented programs, among other major changes.

Their recommendations would affect all 1.1 million students in the New York City public school system, the nation’s largest, by far.

About two-thirds of the city’s public school students are black or Latino. However, in the city's better resourced programs, called gifted and talented programs, about seventy-five percent of students are white or Asian.

Among the proposed changes:

“New York likes to think of itself as cutting edge in many things,” said Maya Wiley, a senior official at the New School university, and co-chair of the school diversity advisory group. “We definitely are not [cutting edge] in public education,” she said, at an afternoon news conference at Department of Education headquarters at Tweed Courthouse.

Also at the news conference, at least when it began, was the schools chancellor, Richard Carranza.

“I look forward to diving into this as soon as possible,” he said, before leaving, without taking any questions.

Members of the advisory group said that Carranza wouldn’t take questions because they had just turned over the report to him.

It had been published since Tuesday morning.

It does not address the issue of admission to the city’s most elite high schools — its eight specialized schools — seven of which require admission through a test that’s administered one time, and one time only.

Jumaane Williams, the city’s public advocate, has in the past promoted keeping the specialized schools admission test. On Tuesday morning, he told PIX11 News that he’d not had a chance to read the entire diversity report, but he said that its intentions seemed good, and its recommendations — which, again, apply to all but the city’s specialized schools — appeared to be sound.

“We need a productive conversation” about the report, he said.

Echoing his comment was David Bloomfield, an education and law expert at the CUNY Graduate Center.

He said that New York does many things well, and that the report was no exception. However, he told PIX11 News, disparity in opportunity in New York City public schools is real, and that the advisory group’s recommendations address the problem well.

If its proposals are adopted by the mayor and the schools chancellor, testing into some of the city's best schools and programs would become a thing of the past.

One member of the advisory group said that that was a direct result of its two years of research and analysis.

“We did focus groups with Latinx families in the Bronx,” Diana Noriega said at the news conference, “and what we heard from those families was ‘I didn't even know a test existed.’"

Speaking to city families, she said, “Now, this is your opportunity to make sure your child gets the resources they deserve.”

You can read the entire report here.