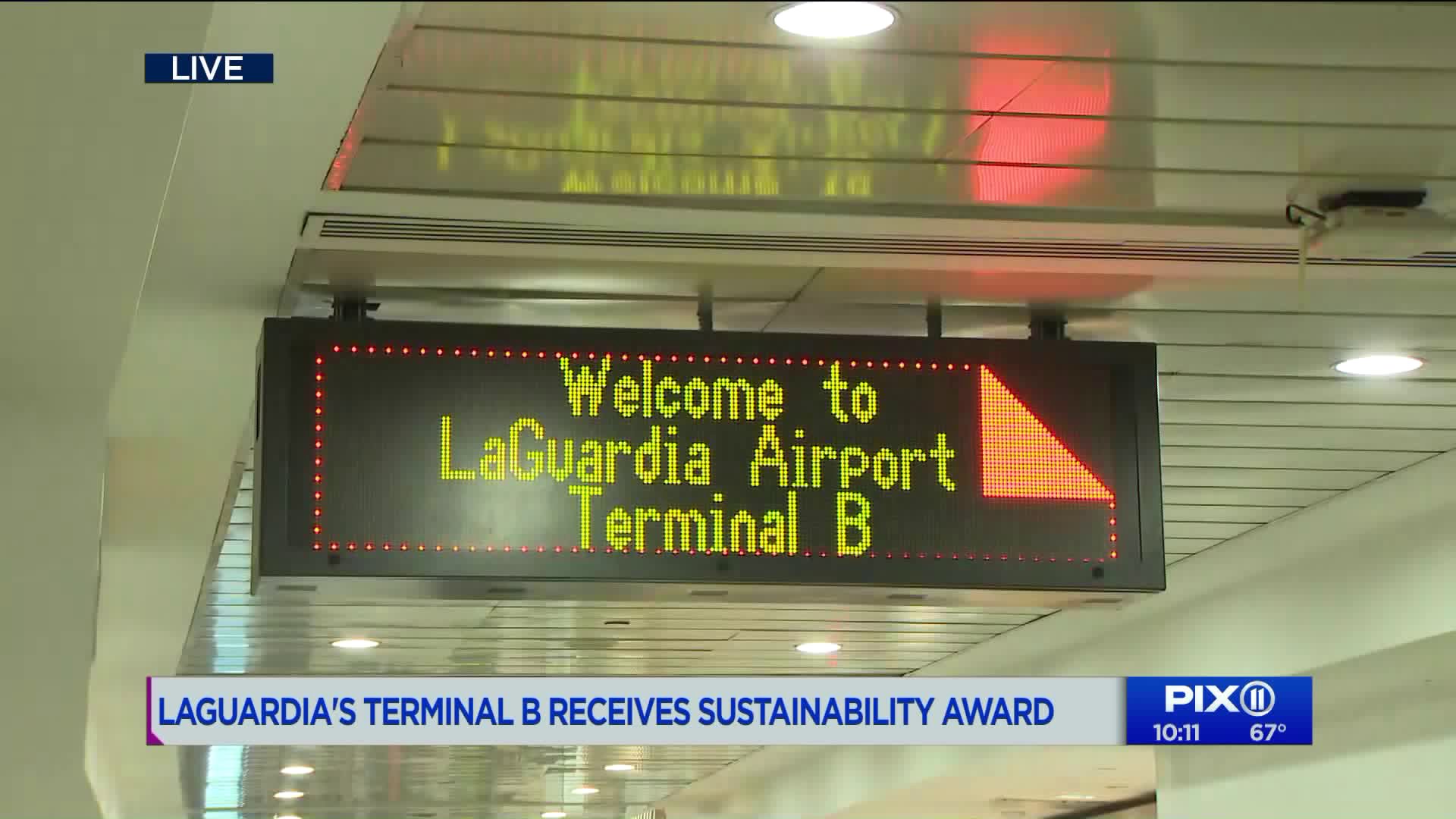 This month, Terminal B at LaGuardia and the main contractor company Skanska was awarded the highest honor from the Institute for Sustainable Infrastructure - the first to receive the recognition for sustainable design, reducing emissions, and renewable energy.

EAST ELMHURST, Queens – Thousands of travelers are on the move as a new airport rises in New York City.

A new concourse and parking garage opened this year at LaGuardia Terminal B. The worksite is also the runway as the project to redevelop the entire facility continues for the next few years.

There have been challenges, delays, and traffic backups as a result of the work. Roadway access into and out of the airport has changed as the new facilities are built.

PIX11 News requested a tour of the work from The Port Authority of New York and New Jersey and Skanska-Walsh, the main partner on the project.

Earlier this month, the project received a major award.

The Institute for Sustainable Infrastructure (ISI) awarded the project and Skanska-Walsh the “Envision Platinum Certification.” It is described as the highest level of recognition for outstanding infrastructure projects that prioritize sustainability and resiliency.

Crews report that they have crushed and reused 21,604 tons of concrete from the old parking garage at Terminal B. That's nearly all of the debris.

“This recognition reflects the passion and commitment of the Port Authority and the entire team to deliver an instant landmark and an intelligent investment,” said Beth Heider, Skanska USA Chief Sustainability Officer.

Another new concourse will open in the fall at Terminal B. A major milestone will happen in the spring of 2020 when the new Terminal B opens. Most of the major new roadways and access points will also be available at that time.

The Port Authority has adjusted vehicle traffic patterns during the course of the various projects. Using real-time traffic monitors and Port Authority Police, crews are directing and monitoring vehicles that are traveling to and from the current airport terminals.

The Federal Aviation Administration is conducting an environmental review with neighbors and stakeholders for an air-train to connect LaGuardia to public transit at Willets Point, Queens.

The old terminal B will be torn down which will create more airfield space. More gates and space will be created for air travel.

"As the first transportation agency to embrace the Paris Climate Agreement, the Port Authority is committed to best practices in reducing its carbon footprint at the brand new LaGuardia Airport as well as our other facilities. Sustainable design and construction are critically important in our work to improve air quality and reduce greenhouse gases,” said Rick Cotton, Executive Director of the Port Authority.