Jeffrey Epstein victims are standing up and speaking out in court: ‘I have found my voice now… I will not be silenced’ 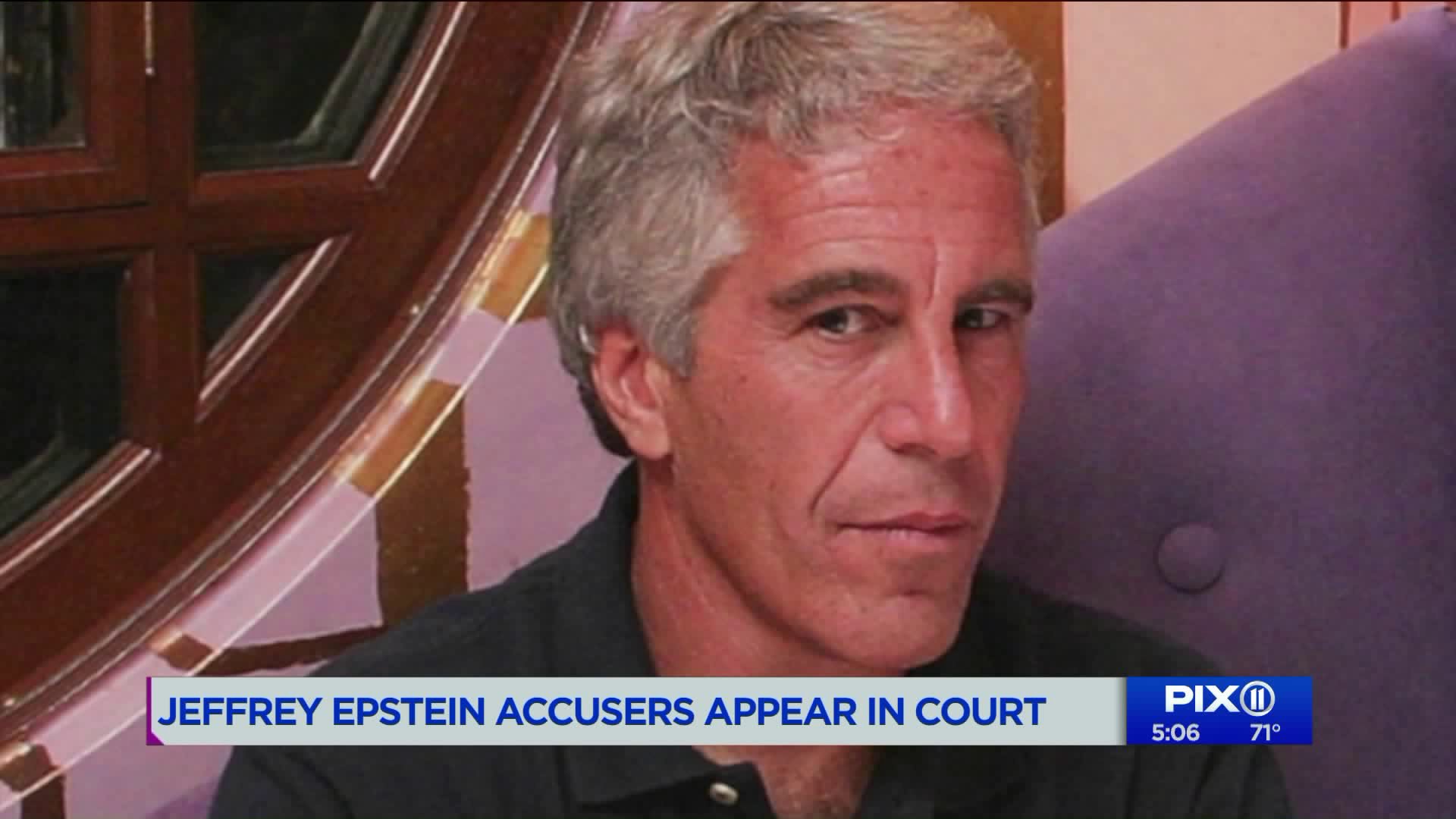 One by one, the women stood up to finally, after all these years, be heard in a court of law. "He won in death," said Chauntae Davies, who said Tuesday that the late millionaire Jeffrey Epstein raped her on his island while she told him to stop. "I have found my voice now, and I will not stop fighting. I will not be silenced anymore."

One by one, the women stood up to finally, after all these years, be heard in a court of law.

"He won in death," said Chauntae Davies, who said Tuesday that the late millionaire Jeffrey Epstein raped her on his island while she told him to stop. "I have found my voice now, and I will not stop fighting. I will not be silenced anymore."

The women had been just teenagers trying to find their way in life, they said, when Epstein sexually assaulted, raped and otherwise took advantage of them. Their attacker is dead now, and the criminal case against him will soon be gone, too.

But the pain he caused has not vanished, they said, speaking out during an unusual hearing called as part of the closing chapter of the federal criminal case against Epstein.

"I feel very angry and sad," another victim, Courtney Wild, said as she fought back tears. "Justice has never been served in this case."

"I will never be able to get over the overwhelming emotions and embarrassment I experienced from that trauma," said another woman, identified as Jane Doe 5.

More than a dozen women who have accused Epstein of sexual assault and abuse spoke Tuesday in court in Manhattan during a hearing that was at times reminiscent of the sentencing proceedings for gymnastics doctor Larry Nassar, in which hundreds of girls and young women spoke of his abuse.

Following Epstein's suicide this month in federal prison, prosecutors told US Judge Richard Berman they wanted the indictment against him dismissed. Berman then scheduled Tuesday's hearing to shed more light on prosecutors' decision and because victims "should always be involved before, rather than after, the fact," he said Tuesday in court.

"I believe it is the court's responsibility ... to ensure that the victims in this case are treated fairly and with dignity," he added.

Five women who have accused Epstein of assault -- including Virginia Roberts Giuffre, who has said Epstein kept her as a teenage "sex slave" -- arrived Tuesday to court with attorney David Boies. Victim Jennifer Araozwas also seen there, and attorney Brad Edwards said he represented 15 victims in the courtroom.

"There is no sentencing because there will no longer be a prosecution, so it's all very unprecedented and unusual," attorney Gloria Allred said Tuesday. "But we're really happy" for the victims to have the chance to speak out.

Since Epstein was charged in early July, prosecutors have heard from a number of people with allegations against him and have gotten other information that's enabled them to "dramatically expand the scope of our investigation," they've said.

The inquiry into crimes involving Epstein is ongoing and others could still be charged, US Attorney for the Southern District of New York Geoffrey Berman said the day Epstein died.

Before victims began testifying Tuesday, Epstein's defense attorneys said they want to know more about the circumstances of his death. In meetings with Epstein before he died, "We did not see a disparaging, despondent suicidal person," attorney Reid Weingarten said of his client.

Epstein was found hanged in his cell in the early morning hours more than two weeks ago. The New York City medical examiner ruled that he died by suicide, and US Attorney General William Barr said last week he had seen nothing that "undercuts" that finding.

Barr has cited "serious irregularities" at the facility where Epstein had been help and said he was "angry" and "appalled" by the jail's failure to safely hold Epstein. Barr has also overhauled the leadership at the jail and at the Bureau of Prisons in Washington.

At least one of the two employees on duty in Epstein's unit at the time of his death was not part of the regular detention workforce but was filling in as a guard, CNN has reported. Epstein had not been checked on for hours before he hanged himself.

Two of Epstein's victims spoke during his July detention hearing. Wild and Annie Farmer told Berman that Epstein should not be granted bail, which was denied.

Still, the path to this point has been riddled with roadblocks for Epstein's victims. In 2007, federal prosecutors in Florida signed a nonprosecution agreement with Epstein that allowed him to escape federal charges and instead plead guilty to prostitution-related state charges. He served a 13-month sentence that allowed him to work outside jail for 12 hours a day.

The deal was inked without notifying the victims in advance. A federal judge later said the Department of Justice violated the Crime Victims' Rights Act by failing to notify them about the charging decision.

After a series of critical Miami Herald stories, Epstein was charged last month with one count of sex trafficking of minors and one count of conspiracy to engage in sex trafficking. Prosecutors accused him of operating a sex trafficking ring in which he paid underage girls to have sex with him and paid some of them to recruit other victims.

He had pleaded not guilty.