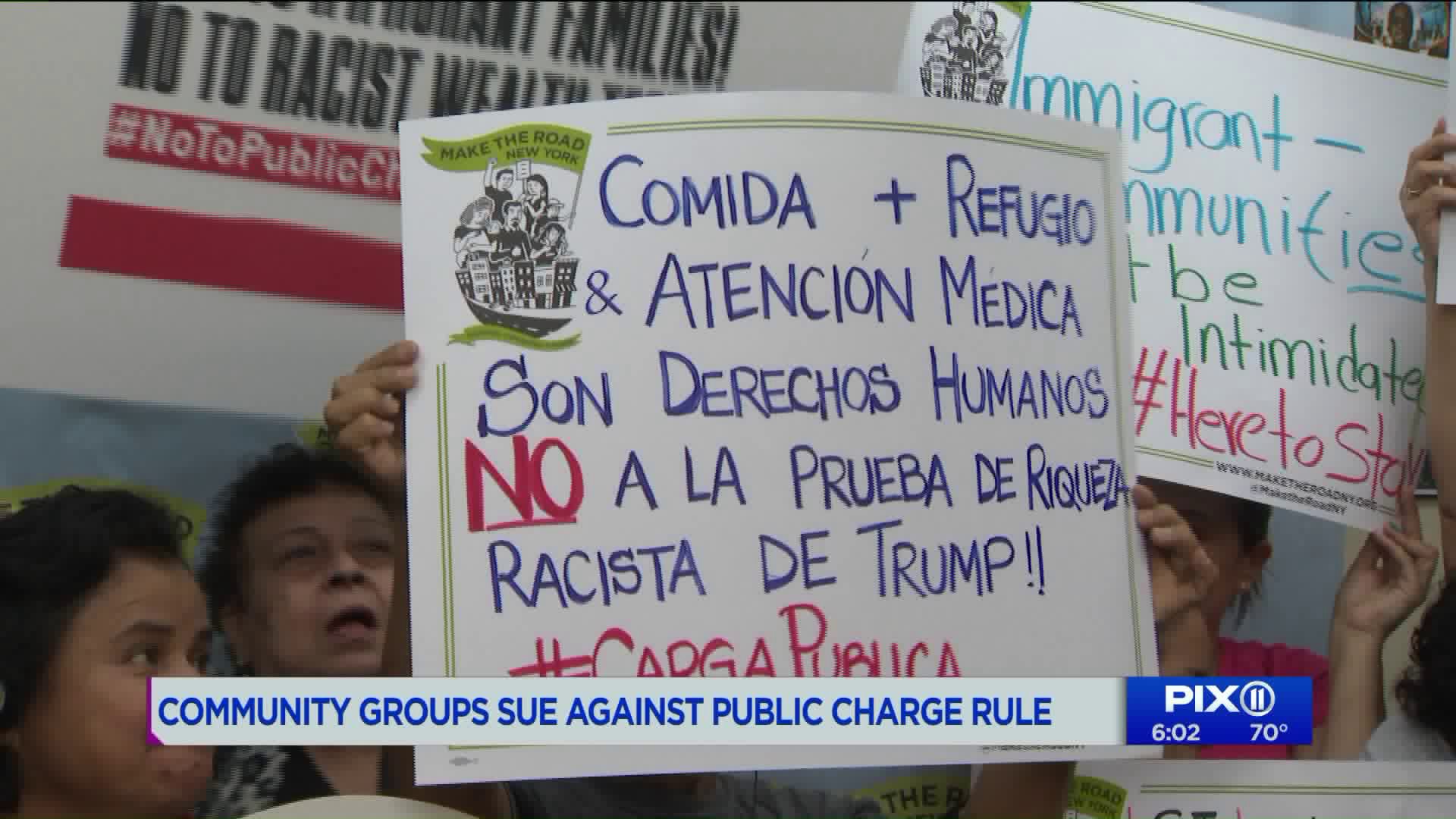 Community groups and immigration advocates are coming together looking to block the Trump administration`s "pubic charge" rule. Immigrants received public benefits would be labeled as a "public charge" under the rule. The label could result in the denial of green cards or other legal status.

Immigration advocates and community groups are fighting back by filing a federal suit against the Trump administration and its proposed public charge rule set to go into effect on Oct. 15. Immigrants, who at any time – even temporarily – received public benefits would be labeled as a “public charge; the label could result in the denial of green cards or other legal status.

The Legal Aid Society and the Center for Constitutional Rights are representing plaintiffs, Make the Road New York, African Services Committee, Asian American Federation, Catholic Charities Community Services. and Catholic Legal Immigration Network ("CLINIC"). They contend the policy change is a so called wealth test and attacks immigrants who are not white.

Many advocates say they are already seeing a “chilling effect” over the past two years. Families are pulling out of crucial benefits they’re entitled to and need. Instead, misinformation and fear is leading some to forgo health care benefits and even stop enrolling their children into programs like Universal Pre-K.