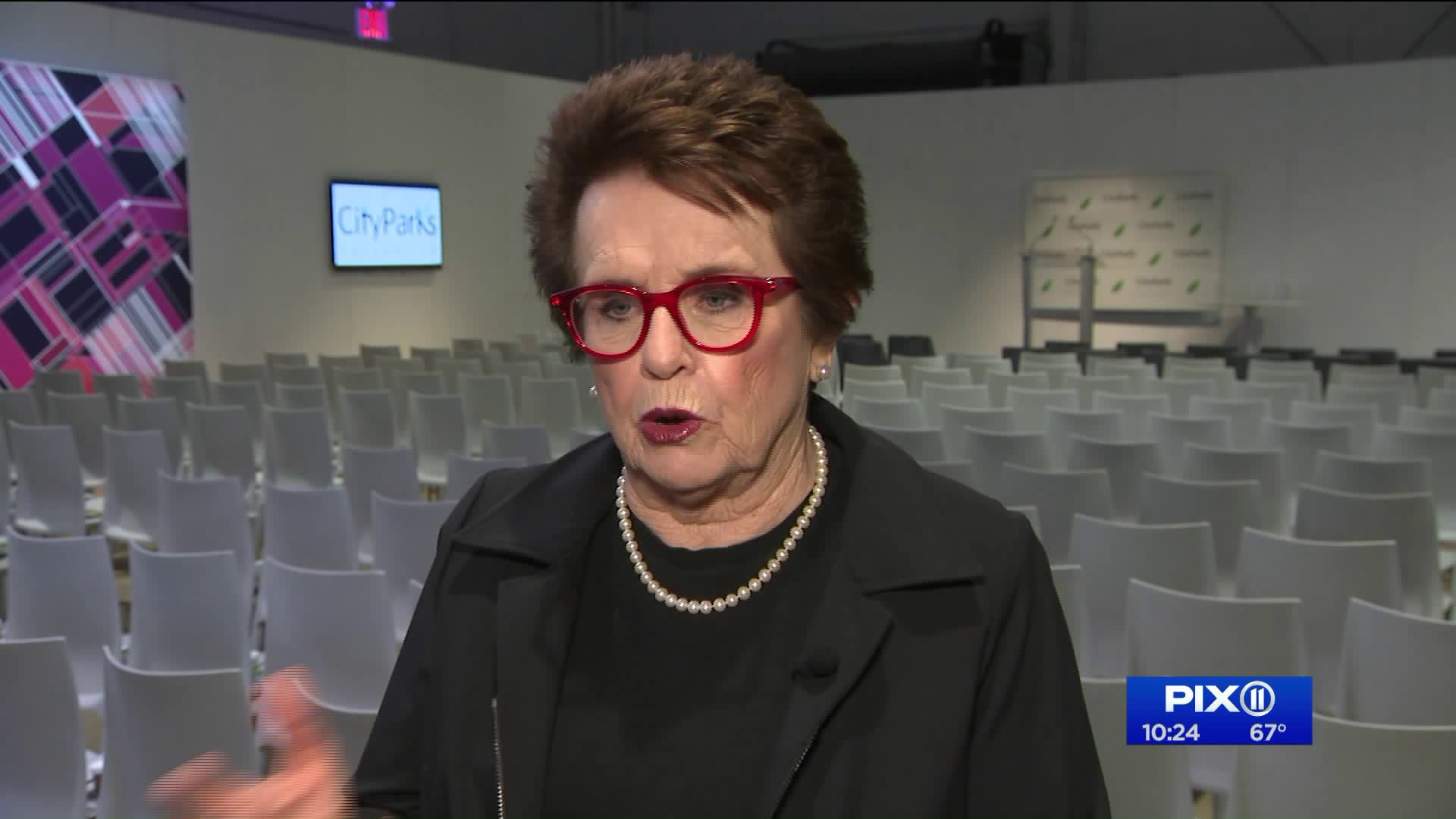 The US Open for two-weeks is home to tennis greats, and tens of thousands of fans, some like 13-year old Justin Chong, who hope to make it to the pros one day.

QUEENS — The US Open is home to tennis greats for two weeks and tens of thousands of fans each year.

Some, like 13-year-old Justin Chong, who hope to make it to the pros one day.

"A lot of people know me because I have a powerful forehand," said Chong Tuesday night a special charity event honoring kids in tennis was held at Billie Jean King USTA Tennis Center in Queens.

He's been talking with his racquet and playing with his heart since he was six years old.

"I play basically whenever I can."

He's been getting free lessons from City Parks Foundation's City Parks Tennis program for over five years. And Tuesday night, at the organization's signature fundraiser, he received the Billie Jean King Junior Achievement Award for his talent, hard-work and dedication.

"I feel very privileged," he said.

The award was given to him by the tennis champion herself.

"Children are our future and if we could get them started right and give them sports a lot of times it changes their lives," said Billie Jean King. "It changed my life... I grew up in parks and rec, our recreational department gave us free instruction and having that free instruction having a person there, not just having the court helped."

Billie Jean King, a former World No. 1 professional tennis player, is not only a champion on the court, she serves up her passion for the game and children through the annual City Parks Tennis Benefit which she has been the co-chair of for 22 years.

"I think the most important thing is to help raise champions in life and sports can be apart of that."

City Parks provides free tennis instruction to over 5,000 kids, ages 6-17, every year at more than 36 parks throughout NYC.

Justin says he wouldn't have been a young ace in the sport, without City Parks Tennis.

"My parents were on a tight budget back then so having the program by my side really helps me play tennis."

Billie Jean King says she hopes he uses what he's learning in tennis, throughout his life.

"I use sports every single day in my life, in my business and in real life, I use all the lessons I learned all the time, for Justin I hope it will do that for him too."

The charity event raised $325,000 this year, all of the money according to the foundation will go to kids in the five boroughs so they could take advantage of the tennis program.