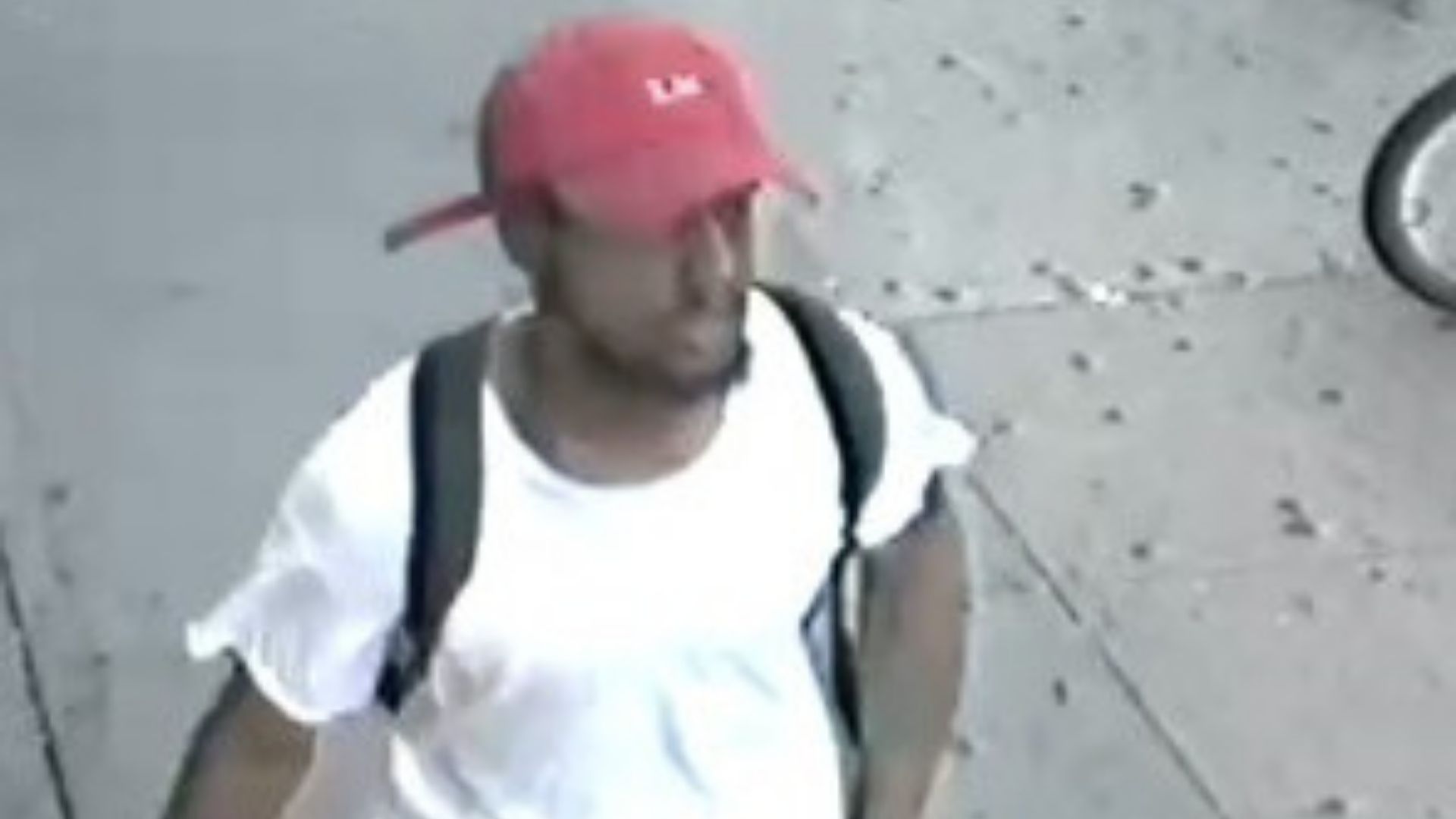 Raw surveillance footage of a man wanted in connection with the brutal attack and robbery of an 89-year-old man in a Lower Manhattan apartment building hallway, according to the NYPD.

LOWER MANHATTAN — A man required staples to his head after he was attacked and robbed getting off an elevator in a Manhattan apartment building earlier in August, police said.

Authorities said the alleged attacker rode the elevator with the 89-year-old man just before 2:30 p.m. on Tuesday, August 20, in a residential building on Madison Street, near Rutgers Street in Lower Manhattan.

When the victim got off the elevator on the fourth floor, the man started to punch him in the back of the head multiple times, causing the victim to fall on his face, police said.

The attacker stole $50 from the man and fled the building in an unknown location, according to authorities.

Police said the victim was taken to Bellevue Hospital Center in serious condition.

The man suffered a broken orbital bone—the bone around the eye socket—and had to get four staples to close a laceration to the head, according to police.

The NYPD had released the above surveillance footage of a man wanted in connection with the attack.