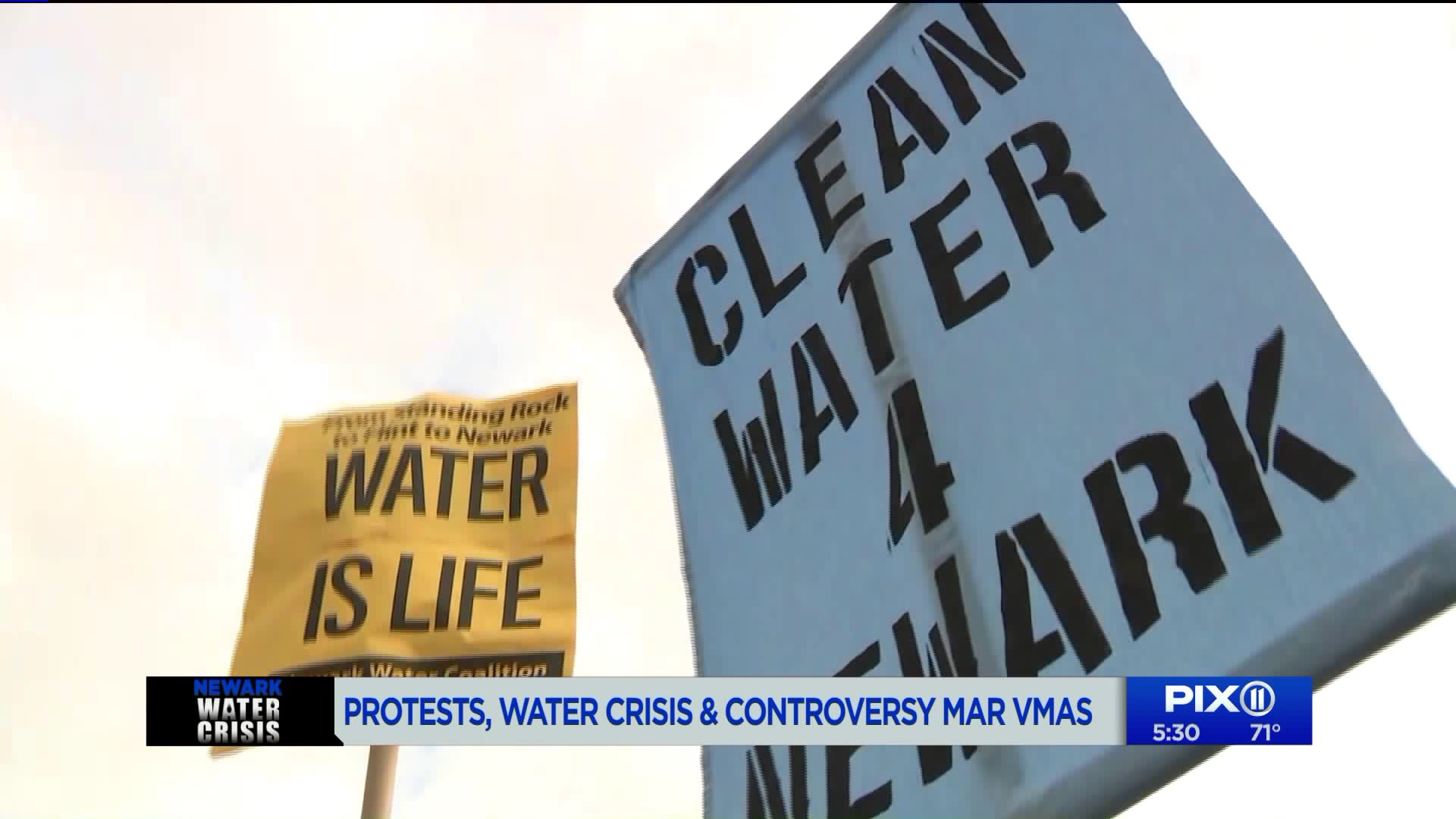 Prior to the start of the MTV Video Music Awards in Newark on Monday, a group of about 75 clean water activists marched up to the corner of the Prudential Center.

Music’s biggest stars converged on the city of Newark for the pop-culture event of the year. A day after the bright lights and fancy dresses, reality set back in for a city in the middle of a water crisis.

“After these VMA awards maybe some of these actors, musicians and stuff, maybe they will help donate to our cause,” Newark resident Sandy Suggs said ahead of the show.

Despite the expectations, not one mention of the lead water situation was made during the highly publicized show.

"It’s like we didn’t matter,” disappointed resident Yolanda Aponte told PIX11. “They just came over here to do their show and take off and Newark is still the same.”

Activists outside the venue during the show however, refused to stay silent on the epidemic. A group of protesters even attempted to rush the red carpet but were pushed back by police. In all, five were arrested in a day that was deemed successful and safe by the Department of Public Safety.

Meanwhile, in a protest contained at Mulberry Commons Park, demonstrators took aim at Newark Deputy Mayor of Employment Rahaman Muhammad, who was seen smiling and waving at the rally. Protestors say he appeared to be mocking them as he streamed live on Facebook.

“Man they ain’t coming up on here on me Craig,” he says at another point, referring to the protestors. “They know better.”

“I’m trying to pose, I asked them if they wanted me to pose but they don’t want me to pose.”

PIX11 approached the Deputy Mayor who was standing atop an elevated mound looking down at the protest, to try to clear the air.

“Mocking them? I was here once again I was here recording the VMAs,” he said, responding to the accusation made by many demonstrators.

“They are calling my name, they are calling me out my name, how am I mocking them?” he said. Citing an announcement that came earlier in the day where a $120 million loan to the city will help expedite the replacement of lead service lines over the course of 3 years, Muhammad questioned the demonstrators’ intent.

“The goal has been met,” he said. “If you are just protesting to protest to embarrass the mayor then that’s not good.”

Some protesters said they were disgusted by Muhammad‘s behavior.

“As a city official, as part of the governing body and especially as a deputy mayor you should be on the side of the people right now,” Community activist Kason Little said. “You see that these people are hurting, these people are outraged and you’re their laughing?”

PIX11 reached out to him Tuesday, asking for another interview to try to clear up what happened. He declined. A spokesperson for the city also did not respond to a request for comment on the incident.