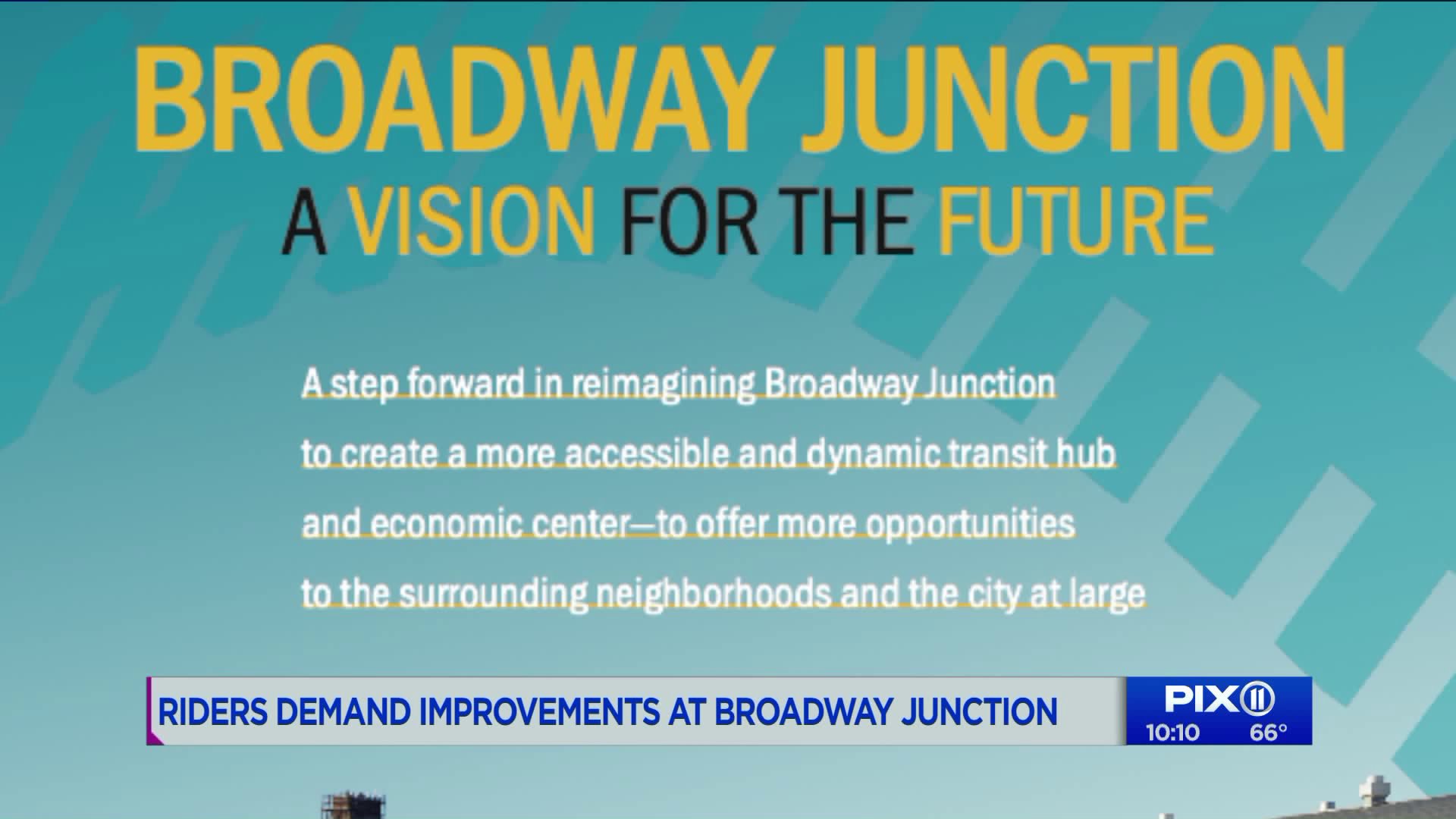 One of the busiest transit centers in Brooklyn needs a lot of work.

Thousands of riders visit Broadway Junction every day and they'll tell you about improvements they would like to see at the transit hub.

The station complex doesn't have an elevator. Lighting and street design are also concerns.

5 subway lines and 6 bus routes serve the area in Bushwick, Brooklyn on the border of Bed-Stay.

More than 90,000 daily riders use the junction as a transfer point.

Neighborhood leaders are looking for a way to bring economic development to the area.

At a rally on Monday morning, Brooklyn Borough President Eric Adams and NYC Councilmember Rafael Espinal met with riders to demand that the MTA address issues at the station.

MTA Spokesman Tim Minton agreed with the borough president and council member that the station "needs to be fully accessible for all riders and generally upgraded to reflect its importance as a critical transit hub."

"The MTA is committed to improving accessibility systemwide and to a better station experience at that location. Our capital projects across the entire city are planned according to station needs regardless of the socio-economic characteristics of a community," Minton wrote.

The MTA promised to  "update the entire complex with full ADA accessibility," according to the statement.

The agency's goal is to add more elevators and riders would not be more than two stops from an accessible station. The next capital plan is being drafted and it will be discussed in the coming weeks.

The MTA says it has invested nearly $5 billion into station accessiblilty, including $1.4 billion in the 2015-2019 capital program. The current capital program includes an additional $479 million to replace 42 existing elevators and 27 escalators.

The NYC Economic Development Corporation helped draft a plan for retail and commercial space with neighbors and leaders in the surrounding areas.

In the report, NYCEDC writes that it is working with the City, Council Member Espinal and Borough President Adams "to develop a strategy to implement this vision, and they will continue to seek feedback from local residents, workers, business owners, and commuters to help shape Broadway Junction’s future."