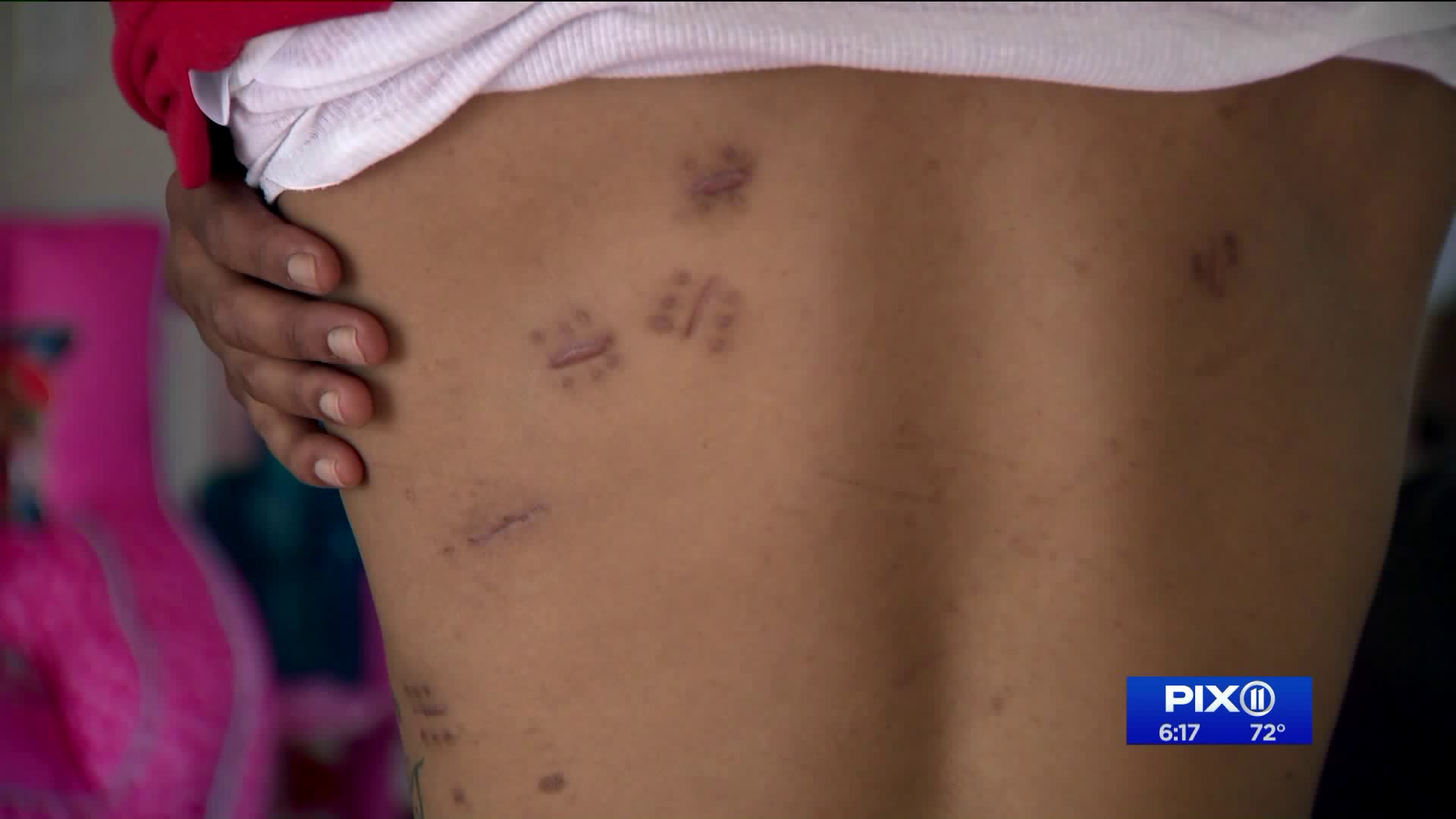 Months after a man was stabbed while celebrating his birthday in Harlem, he faces eviction, medical bills and depression.

HARLEM, Manhattan — A Suffolk County dad was in Harlem to celebrate his birthday when his life was changed forever.

Omar Sam was attacked by bunch of knife-wielding attackers on April 7. He was stabbed and spent about two weeks in Harlem Hospital getting stitched up. The father of two still in pain from the wounds on his arms, torso and head.

"I did whatever I had to do in order to survive, you know, and I just didn't stop," he said. "Had I let my guard down or given up they would have torn me to shreds. They would have killed me like they said they were going to.”

It's been months, but the pain is lingering.

“I’m still living that moment every single day," he said.

Fiancé Elizabeth Lepore says Sam acts out the crime and his escape.

"He would actually kick in his sleep. He would punch in his sleep. It was almost like he was reliving the whole thing," she said.

The impact on the couple is enormous. As he recuperates, Sam can’t work in construction or some of the other jobs he's done. Lepore is disabled with MS and Lupus. Bills are piling up,

Clinical psychologist Irina Wen, PhD, says the kinds of impact and effects the couple is experiencing are not surprising.

“Violent crime can affect a person in many different ways," Wen said.

That includes effects ranging from depression and anxiety to PTSD.

“From their emotional functioning to their cognition and memory to relationships, ability to function," Wen said.

Sam and Lepore have just learned that Lepore is pregnant again. Instead of a joyous experience, Sam says they are scared. He’s filed for financial help from New York’s Office of Victim Services. Lepore has filed for bankruptcy in hopes of forestalling eviction. And Sam tells us he’s heard the police has busted two of the guys who attacked him.

But all of that is little help. The stress is incredible both physically and emotionally. This is some of the hidden cost of crime that the public rarely sees.

"Literally about to lose everything," Sam said. “I don't know where we go from here, you know?"

A GoFundMe has been launched for the family here.