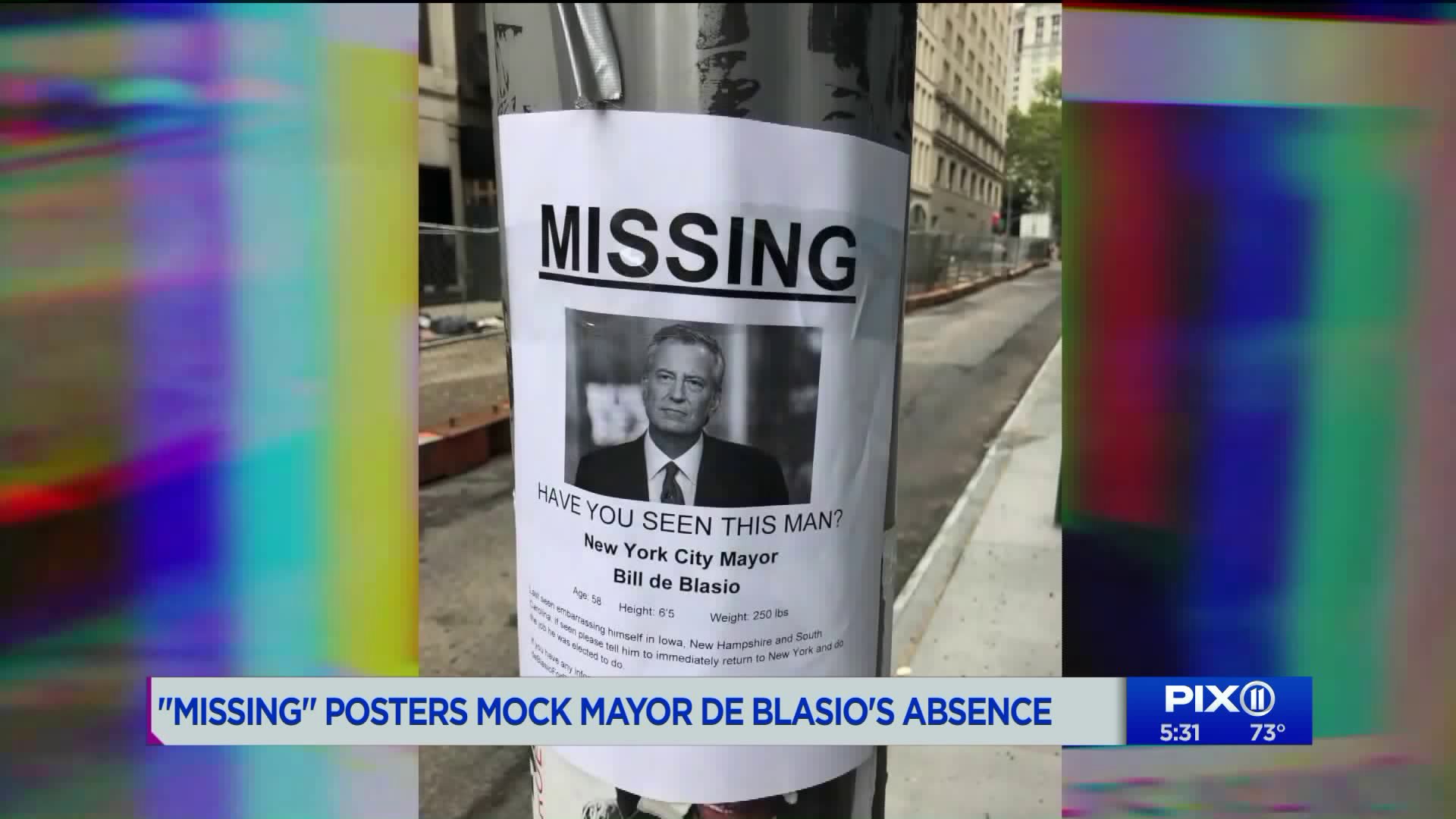 The posters say the mayor was last seen embarrassing himself in Iowa, New Hampshire and South Carolina. The poster asks people to tell Mayor Bill de Blasio to come back to New York City and do his job.

"Last seen embarrassing himself in Iowa, New Hampshire and South Carolina," the poster created by comedic writer Jason Selvig reads. "If seen please tell him to immediately return to New York and do the job he was elected to do."

De Blasio will participate in a CNN town hall on Sunday night. Selvig, 34, hopes that he announces an end to his presidential during the event.

"I would like you to look into the camera and apologize to New Yorkers for this embarrassing presidential run and the shame you've bought to our city," Selvig said.

Selvig taped up more than 20 of the posters around City Hall on Friday. PIX11 could only find two of them on Sunday, but the ones left resonated with New Yorkers as they walked by.

"He don't do nothing for New York - what's he going to do for the United States?" Bronx resident Sharae Little said.

Others couldn't understand why de Blasio would ever want to leave New York.

“This is New York City, the best city in the world,” Vincent Manuel, a Brooklyn resident, said. “It should be an honor to be here every day."

PIX11 reached out to both the de Blasio's office and his campaign team for comment.