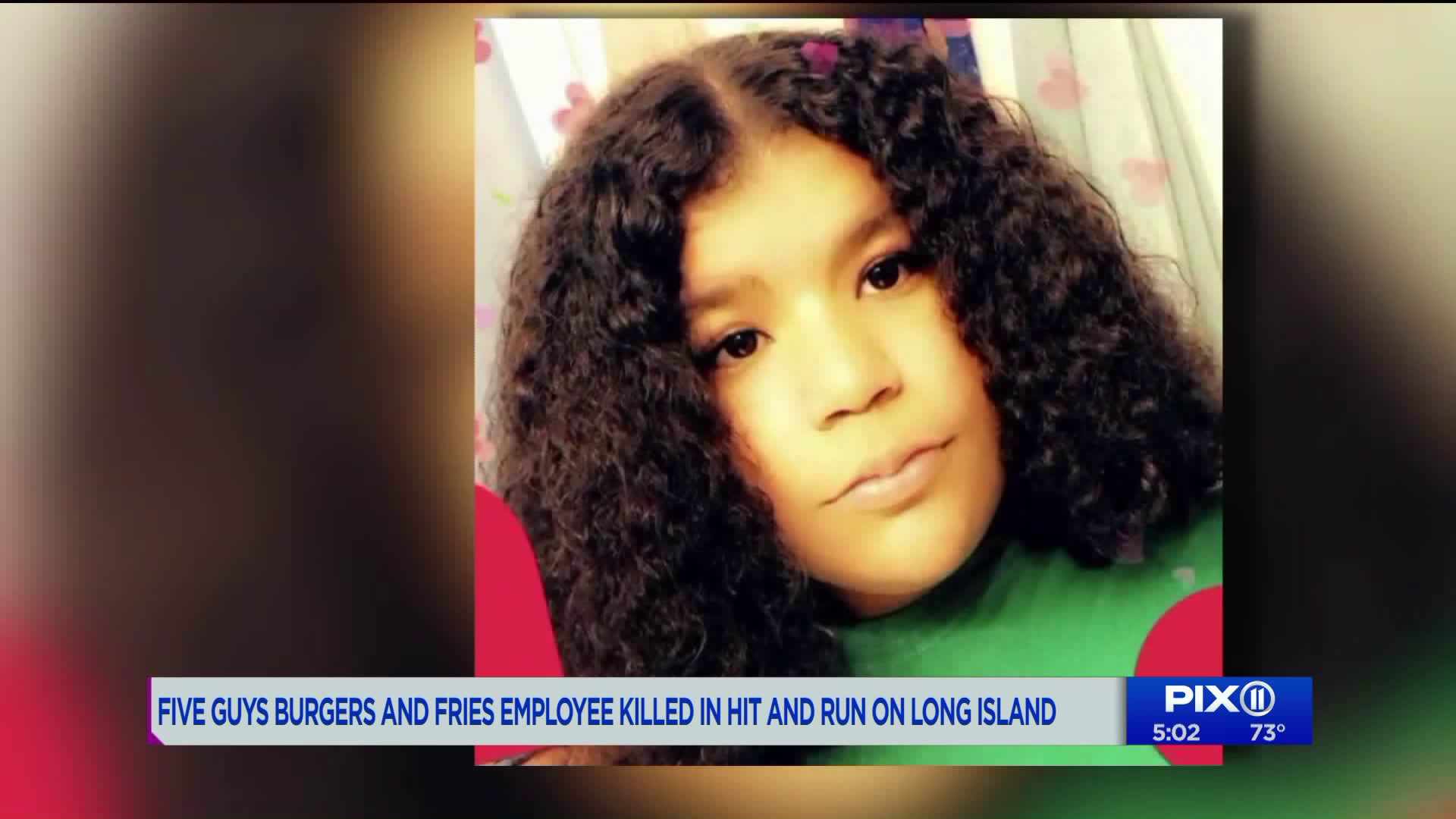 Authorities said 17-year-old Jenna Perez was attempting to cross the Nesconset Highway, just west of Terryville Road in Port Jefferson Station, around 9:30 p.m. Perez had just finished her shift at a nearby Five Guys, according to the restaurant`s owners, who confirmed to PIX11 that both Perez and her twin sister work at the burger chain.

PORT JEFFERSON STATION, L.I. — A teenage girl was fatally struck by a hit-and-run driver Saturday night on Long Island after getting off work at a nearby restaurant, according to police.

Perez had just finished her shift at a nearby Five Guys, according to the restaurant's owners, who confirmed to PIX11 that both Perez and her twin sister work at the burger chain.

The restaurant said Perez's sister was still working inside the Five Guys when she was struck crossing the highway.

The teen was struck by a vehicle believed to be traveling westbound on the highway, that then fled the scene, police said.

Perez, of Selden, was pronounced dead at the scene by a physician assistant from the Suffolk County Medical Examiner's office, officials said.

There is no description of the vehicle police are looking for at this time.

Police said detectives are still investigating and are asking anyone with information about the deadly crash to call the Major Case Unit at (631) 852-6555, or Crime Stoppers at 1-800-220-TIPS. All calls will be kept confidential.