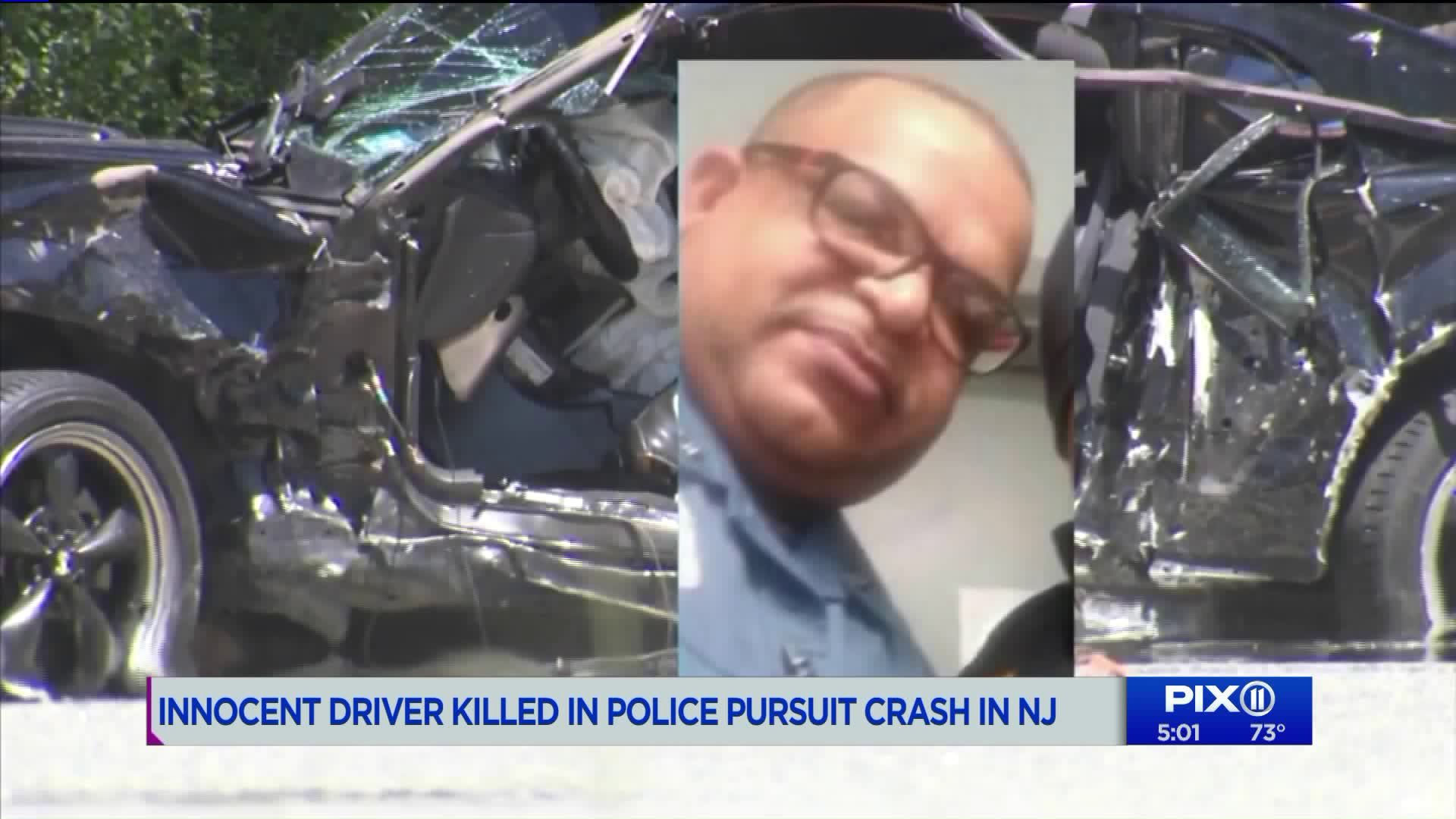 An innocent driver was killed when a vehicle fleeing from cops crashed into his car in New Jersey early Saturday, authorities said. Alicia Nieves reports.

NEWARK, N.J. — An innocent driver was killed when a vehicle fleeing from cops crashed into his car in New Jersey early Saturday, authorities said.

Correctional police officer Omar Martin was killed when a driver fleeing from police crashed into his car in Newark, the state PBA said. (NJ State PBA)

The chase started in Hillside when an officer was in pursuit of a Nissan Altima occupied by three men, the Attorney General’s Office said.

The fleeing vehicle then struck a Ford Mustang, pushing it into a utility police in the vicinity of Bragaw Avenue and Aldine Street in Newark around 2:30 a.m., authorities said.

The victim, later identified by Correction Officer Omar Martin, was trapped in his car and pronounced dead at the scene, according to authorities.

The state's Police Benevolent Association released an image of Martin, expressing their grief over their loss. "He dedicated his life to service and the protection of all our communities," the PBA said in a Facebook post.

Two men from the vehicle in pursuit were taken to University Hospital in Newark with non-life-threatening injuries, and the third man was taken into police custody, officials said.

A witness told reporters on scene he heard a loud noise, and when he went downstairs, he saw emergency responders on scene and two vehicles with severe damage.