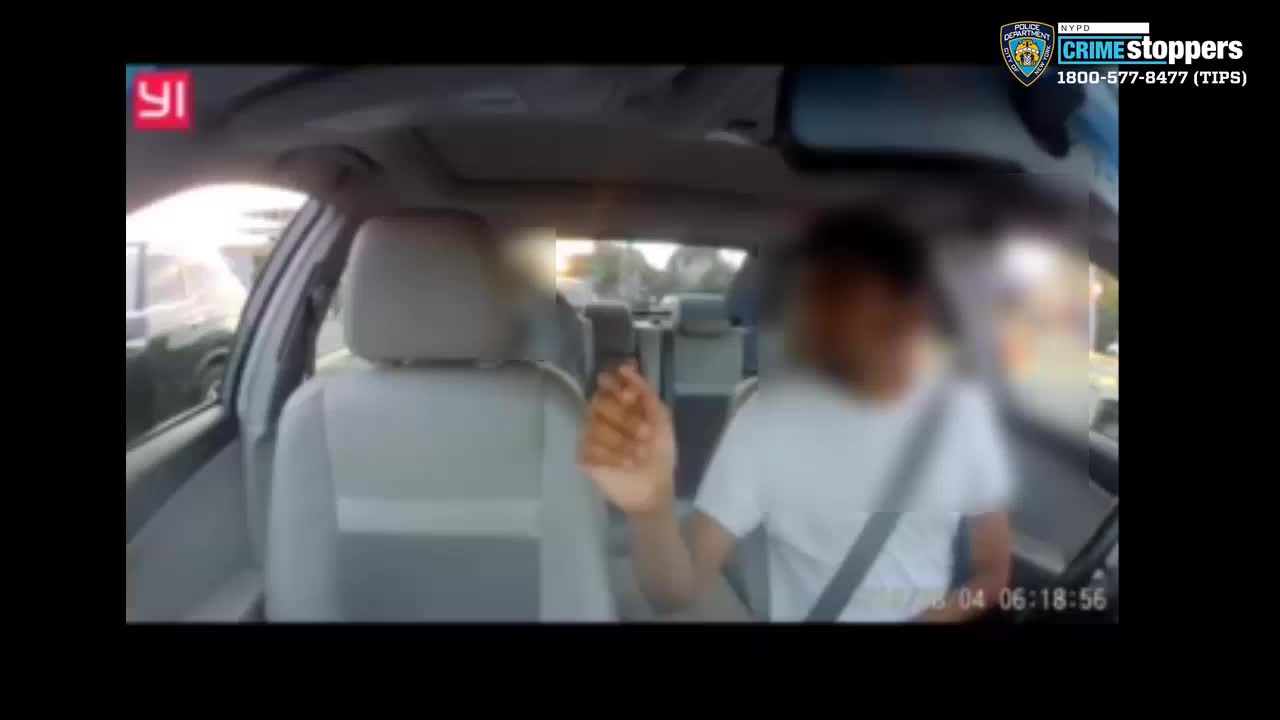 Video surveillance obtained by police shows a 25-year-old livery driver being attacked after colliding with another vehicle in Brooklyn.

CYPRESS HILLS, Brooklyn — A livery driver was attacked during a collision in Brooklyn earlier this month, police said.

The 25-year-old livery driver was operating a black Toyota Camry on Aug. 4 when he collided with a Nissan Rogue in the vicinity of Logan Street and Atlantic Avenue in Cypress Hills around 6:30 a.m., police said.

When both drivers stopped their vehicles, one man exited the Nissan, entered the victim’s front passenger door and started punching him, according to police.

The man returned to his vehicle and fled west on Atlantic Avenue, police said.

The victim was taken to Jamaica Hospital Medical Center and was treated for pain and swelling to his head and body as well as a fractured left middle finger, cops said.

The victim’s vehicle also sustained damage on the passenger side due to the collision, according to police.