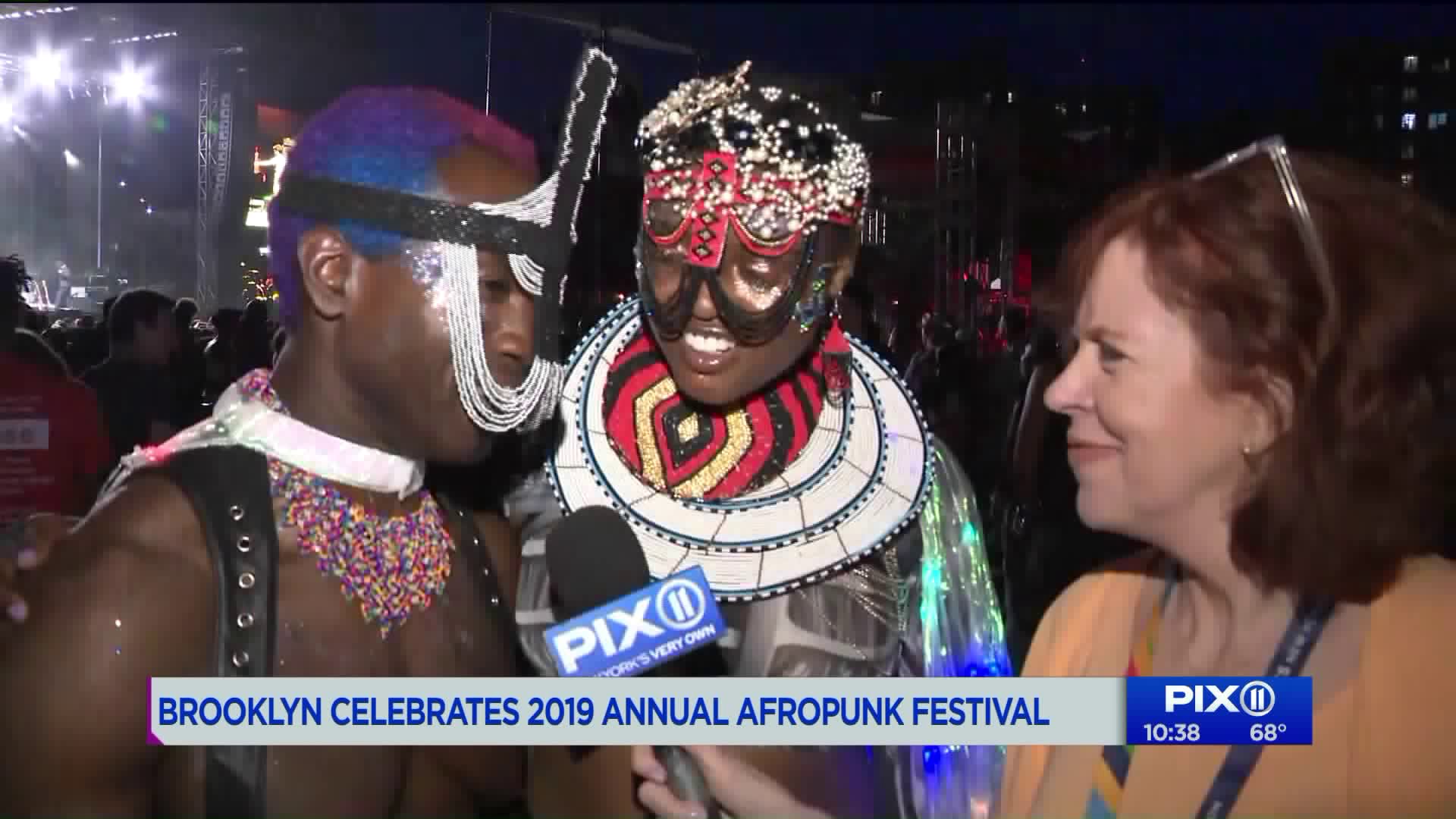 It`s a celebration of African American music and culture, and it`s all about inclusion. When the headliner Jill Scott took the stage at the Afropunk Festival, she was singing about love, surrounded by signs of faith and peace. Magee Hickey reports from the Afropunk Festival.

FORT GREENE, Brooklyn — It’s a celebration of African American music and culture, and it’s all about inclusion.

When the headliner Jill Scott took the stage at the Afropunk Festival, she was singing about love, surrounded by signs of faith and peace.

Tens of thousands gathered at this annual event in Commodore Barry Park.

There were so many themes this year. Among them “say yes to love, blackness, women, queer, fluidity, immigrants and freedom."

“It’s about self-expression and this is how we wanted to self-express today,” said Tiana North, a costumed festivalgoer . “Afropunk is a wonderful excuse for that."

The Afropunk Festival started 15 years ago right here in Brooklyn as a grassroots community event but has now grown to five cities across four countries with lots of corporate sponsors.

Some have criticized it for becoming too mainstream and too white, but not this crowd.

“To each his own,” James Nicholson, festival goer wearing a beautiful cape with colored lights, told PIX11 News. “It’s a festival that really celebrates us, black folk and I am here for it."

People came from all over, and some work on what to wear for more than a year like.

“My friend is a hair artist and she is very creative. It is wearable art,” Khallid Graham, wearing a costume made of hair, told PIX11 News.