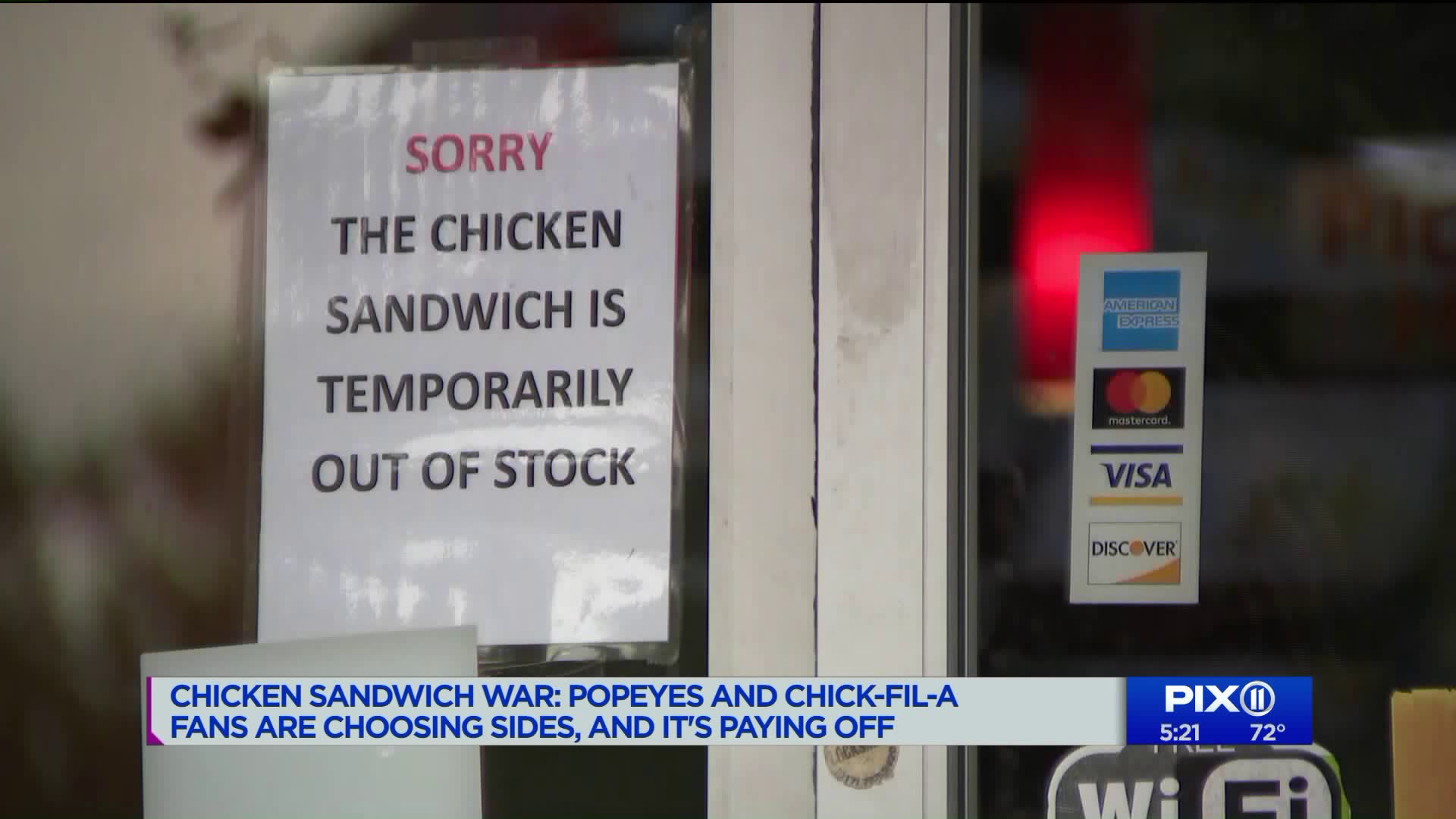 New Yorkers have been starving to weigh in after a sizzling debate was fried up by one tweet.

New Yorkers have been starving to weigh in after a sizzling debate was fried up by one tweet.

That’s how the great chicken sandwich war of 2019 began. Popeye's Louisiana Kitchen is cashing in big. In one week, their twitter followers went up by 25 percent.

The Chik-fil-A on East 42nd street this afternoon was pretty quiet. But Popeye's was a completely different story.

PIX11 had to go on a journey just to find their chicken sandwich. First stop, Lexington Avenue and East 26th Street, all sold out.

We then went downtown. No luck on Canal Street. On Walker Street, we thought we hit the chicken jackpot until we heard one sandwich would take 90 minues.

Instead, we decided to live vicariously through all the hilarious social media posts. And if you truly have a craving there is another option at Chik-fil-A.