Several school buses damaged by fire in the Bronx 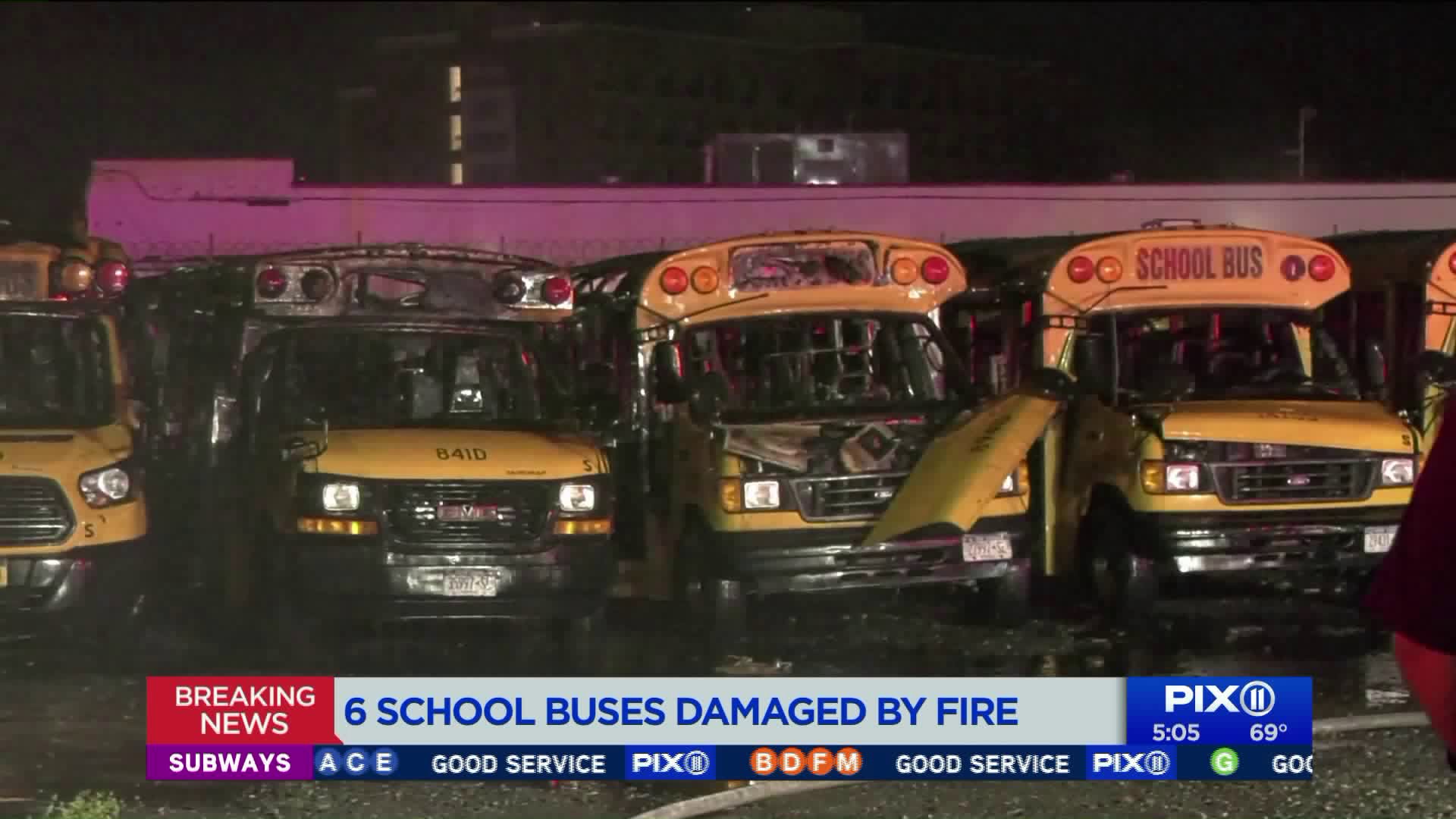 Authorities are investigating a fire at a Bronx parking lot that damaged at least six school buses.

MORRIS PARK, the Bronx — Several school buses were damaged by a fire in the Bronx, fire officials said.

Authorities were called to a parking lot in the vicinity of Stillwell and Rhinelander avenues just after midnight.

No injuries were reported, and the cause was not immediately known.