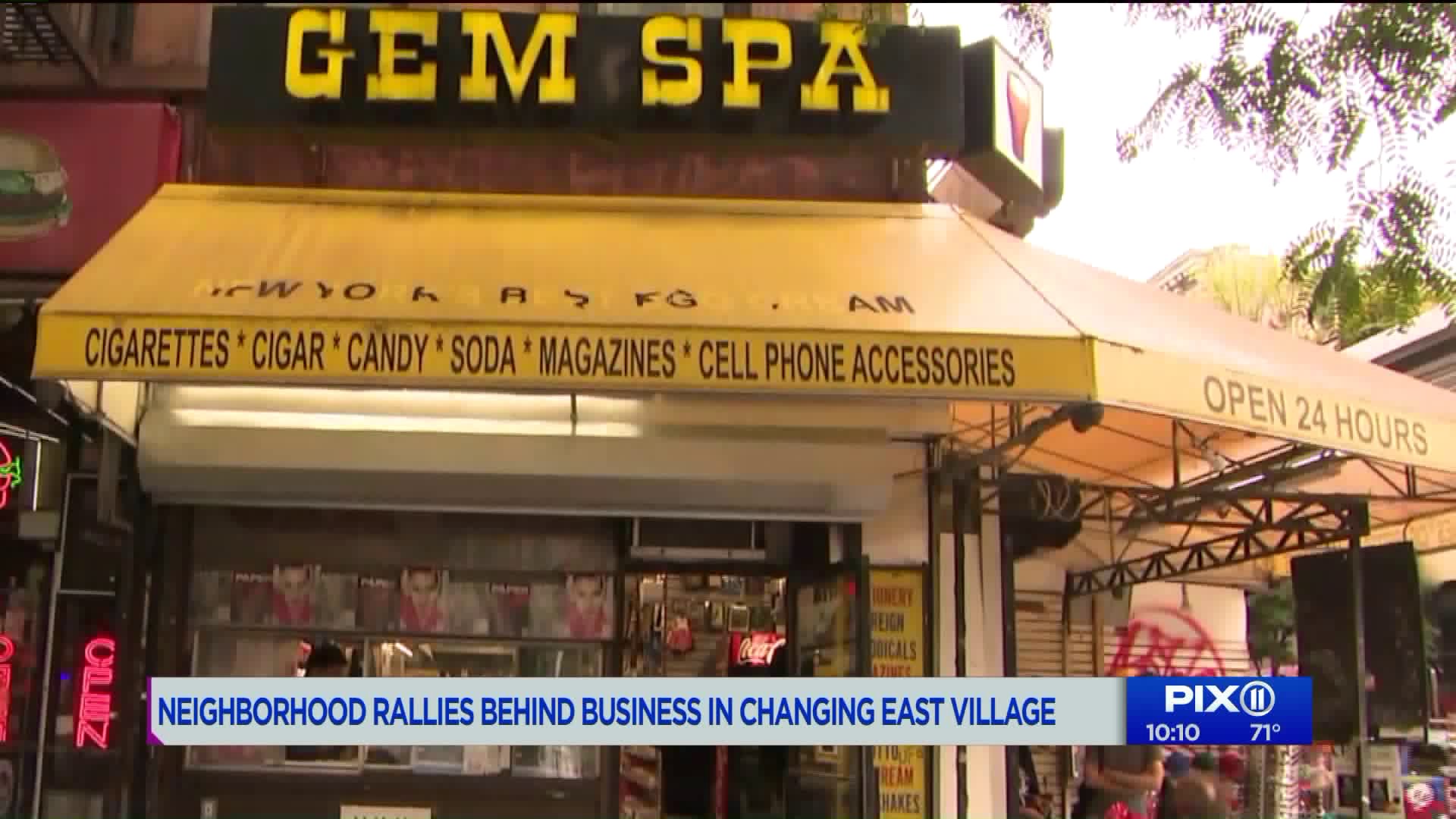 The East Village is evolving, but people still love their local favorites.

It has been a corner store for a century.

The business is at the corner of 2nd Avenue and St. Mark's Place. Originally founded in the 1920s, owners later changed the name to Gem Spa in the mid 20th century.

Many local shops are facing the gentrification and rising rents. Gem Spa temporarily has lost it s license to cell cigarettes and lottery tickets.

In the meantime, they're putting a new twist on an old tradition.

They're using social media to talk about their world-famous egg creams. A vegan option is being offered.

T-shirts and vintage photographs are available for sale.

Gem Spa's Instagram features pictures and clips of what's going on at the corner.

The Patel family has owned it for decades and their working to highlight the special aspects of the famous place.

It has been featured in art, music and movies.

David Godlis, a photographer and neighbor, has documented the area. He shared a picture he took of Madonna, who was at the store during the filming of "Desperately Seeking Susan" in 1984.