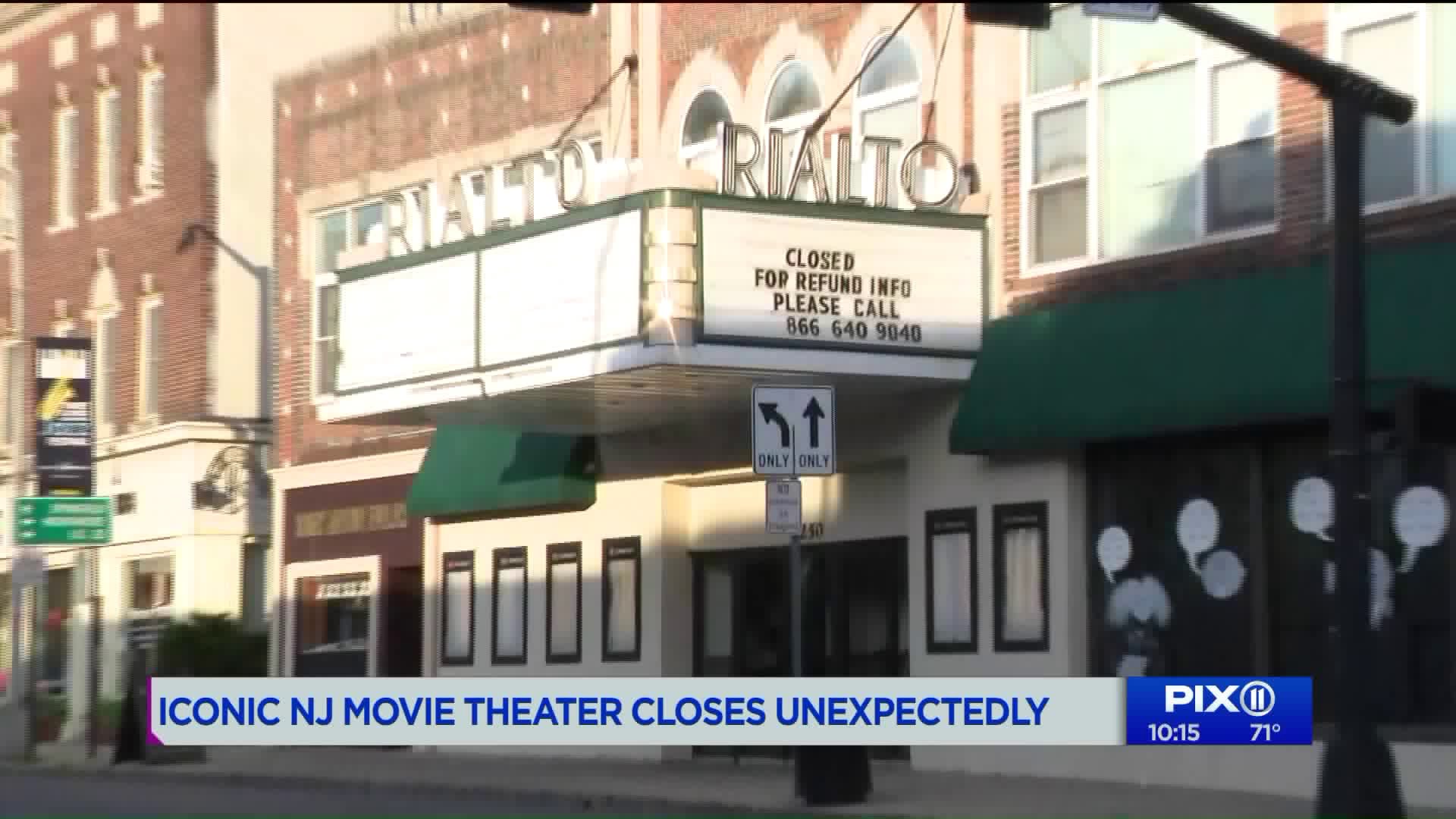 The Rialto Movie Theater has been here at East Broad Street since 1922 and then bam, in the middle of the night, it goes dark.

WESTFIELD, N.J. — The Rialto Movie Theater has been here at East Broad Street since 1922 and then bam, in the middle of the night, it goes dark.

It was suddenly shut down after 97 years, but the town of Westfield isn’t going to let this be permanent”

“It’s the history of Westfield and it will be sad to see it go,” Teresa Gustafson, a Westfield resident, told PIX11 News.

Not so fast. Residents of Westfield and their town officials are trying to save their beloved movie theater, the center of the thriving downtown after it was closed so quickly.

All that was left was a phone number on the Marquee for refunds.

The reason: a landlord/tenant dispute now in the courts.

But talk about history, this movie theater has meant so much to so many over the past 97 years.

“It’s a place where I brought my children and it’s a huge part of our community,” said Sally Cohen-Alameno, a Westfield resident.

“I actually went on a date here with my girlfriend,” Ryan Chiodo, 14 years old, told PIX11 News. “My mom always took me here, too,” he added.

Westfield’s most famous native, Cartoonist Charles Addams, of Addams family fame immortalized the Rialto in a cartoon and it was the home of the Addams Fest last October.

And so many were hoping to see to see the newest Addams family movie at the Rialto this fall.

“I think it should be preserved as part of the local history,” said Stephen Pagano, a Rialto Movie theater fan.

So many Westfield residents took to Facebook mobilizing support for mayor Shelly Brindle to come up with a plan, a way to re-purpose this old movie theater, renovate it and allow it to continue to be the center of this community.

“Oh it’s going to be saved if there’s any possible way to do it,” said Dawn Mackey, a Westfield Town Councilmember. “There’s a lot of people here who want it. If anyone can pull it together, Westerfield can,” she added.

Because the landlord and the movie theater are in litigation, it may be a few weeks before the mayor and other town officials could meet to figure out the future of the Rialto theater, but they feel certain there will be a future.