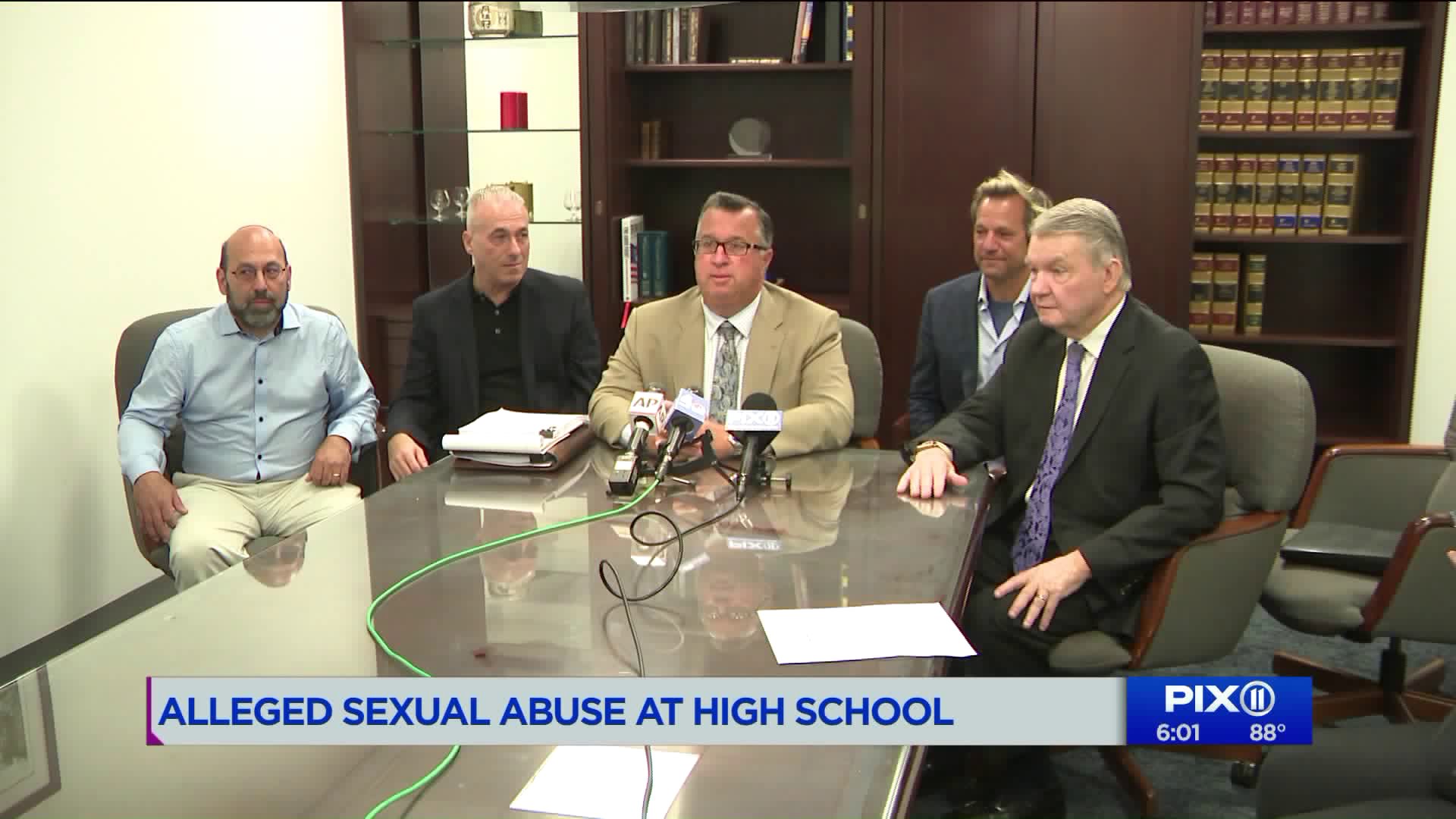 Barry Singer attended the Upper Manhattan school in the early 1970s. He is one of 38 former students accusing faculty members of sexual abuse. Singer said the vice principal, Rabbi George Finkelstein, who was later promoted to principal, would regularly sexually abuse him.

"The idea that the school didn't realize this was happening in the hallways is just obscenely preposterous," Singer said. "He groped me in his office, but this also went on in the hallways with the kids watching, my fellow students."

The Child Victims Act has allowed these men to come forward. They are suing not only the school, but also the board of trustees.

Rabbi Macy Gordon is also named in the lawsuit. He was a teacher at the school for approximately 30 years.

"The abuse complaints fell on deaf ears and these men were allowed to continue to work at Yeshiva University High School and continue to prey on innocent boys and to rob them of their innocence in the most heinous ways imaginable," attorney Kevin Mulhearn said.

David Bressler attended the school from 1981 to 1984. He said the abuse still haunts him.

"There are days when I can't go back to work after I have a session with my psychologist," he said.

Jay Goldberg was also a student in the early 1980s. He said he suffered in silence as Rabbi Finkelstein would allegedly abuse him.

Attorney Kevin Mulhearn said Rabbi Finkelstein would even allegedly target children of Holocaust survivors. According to Mulhearn, Finkelstein would tell students, "Don't you dare tell your father or mother because they have suffered enough, you don't want them to suffer any more."

A Yeshiva University High School spokesperson told PIX11 News, "It is our policy not to comment on pending litigation."

Rabbi Macy Gordon moved to Israel before he died several years ago. Rabbi George Finkelstein currently lives in Israel and has previously denied allegations made against him.

A majority of the men in this lawsuit participated in a 2013 case, but that was thrown out because of the statute of limitations. The Child Victims Act has made this suit and a growing list of others possible.