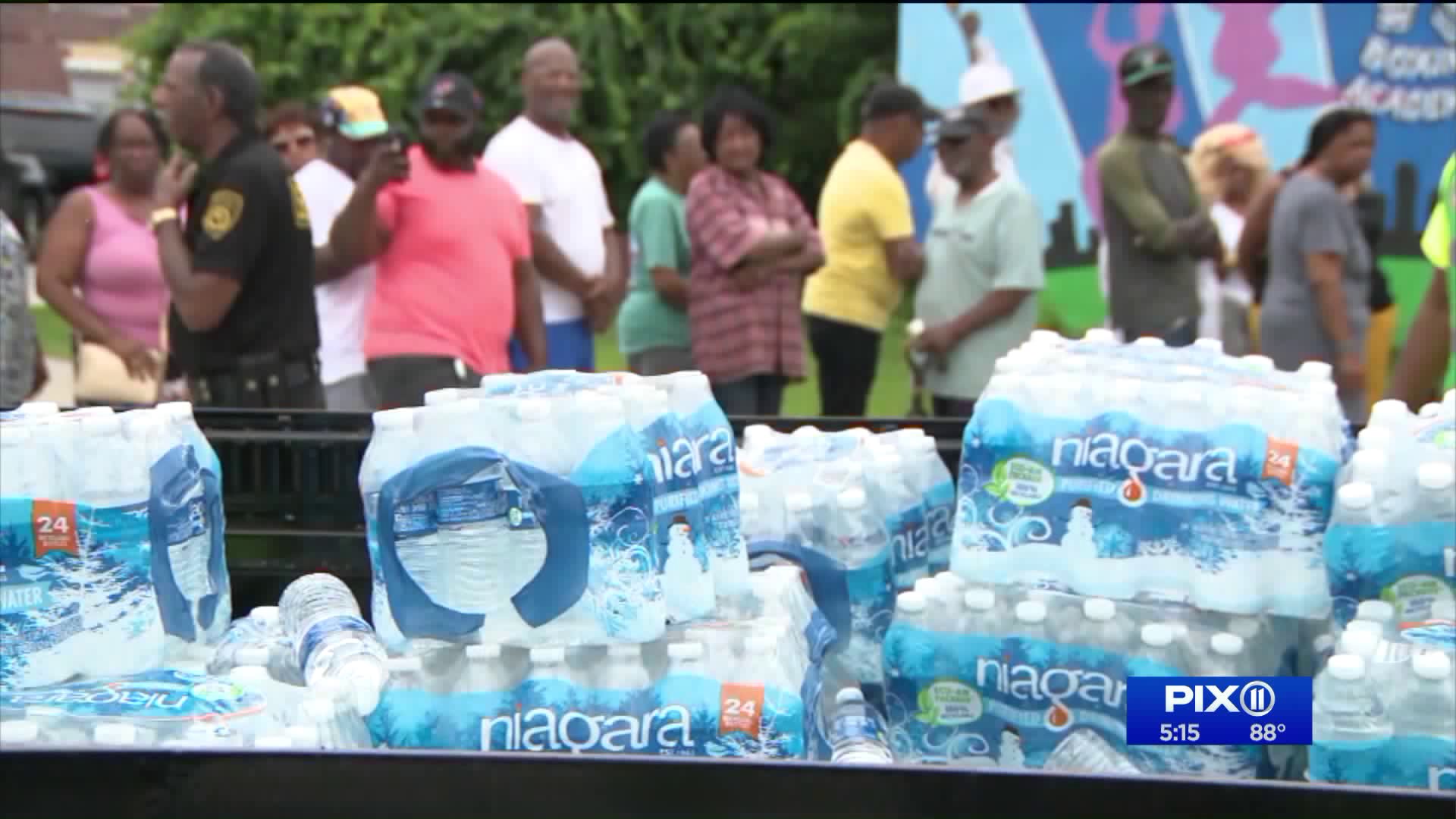 New Jersey`s Governor has refused to declare a state of emergency amid Newark`s water crisis.

NEWARK — New Jersey’s Governor has refused to declare a state of emergency amid Newark’s water crisis.

This happens while many are being urged to drink bottled water only and inmates inside a Newark prison say their calls for clean water stop at their cell door.

"They’re saying what about us?" said Tyrone Barnes. "They want water."

Barnes and a group of Newark residents tried to storm past a post at Northern State Prison in Newark with dozens of cases of bottled water cradled in their arms.

"How do we know the lead pipes in here aren’t also lead?" said Tia Ryans.

A spokesman for the New Jersey Department of Corrections stated: "Northern State Prison is not impacted by the water situation in Newark."

But the DOC has not responded to questions about if the water at this or other facilities have been tested.

As dangerous levels of lead roil much of the city, Newark has handed out water filters. But a couple tests showed that lead is still leaching through. After an EPA order - and an echo of Flint, Michigan - Newark began providing bottled water to residents last week. But only high risk homes are eligible.

A federal judge's ruling is looming which could order the city to broaden their bottled water distribution. As of today, New Jersey Governor Phil Murphy has declined to declare a state of emergency.

"I’m not declaring a state of emergency because we don’t need to," Murphy said. "We have the resources, we have the capabilities at the moment. This is something we will revisit depending on where the road takes us."

A state of emergency would direct more funds and resources to the city. One lawmaker says he wants to see the National Guard deployed to Newark to help distribute bottled water to residents.

The Governor is calling for a massive federal investment to rip out lead service lines.