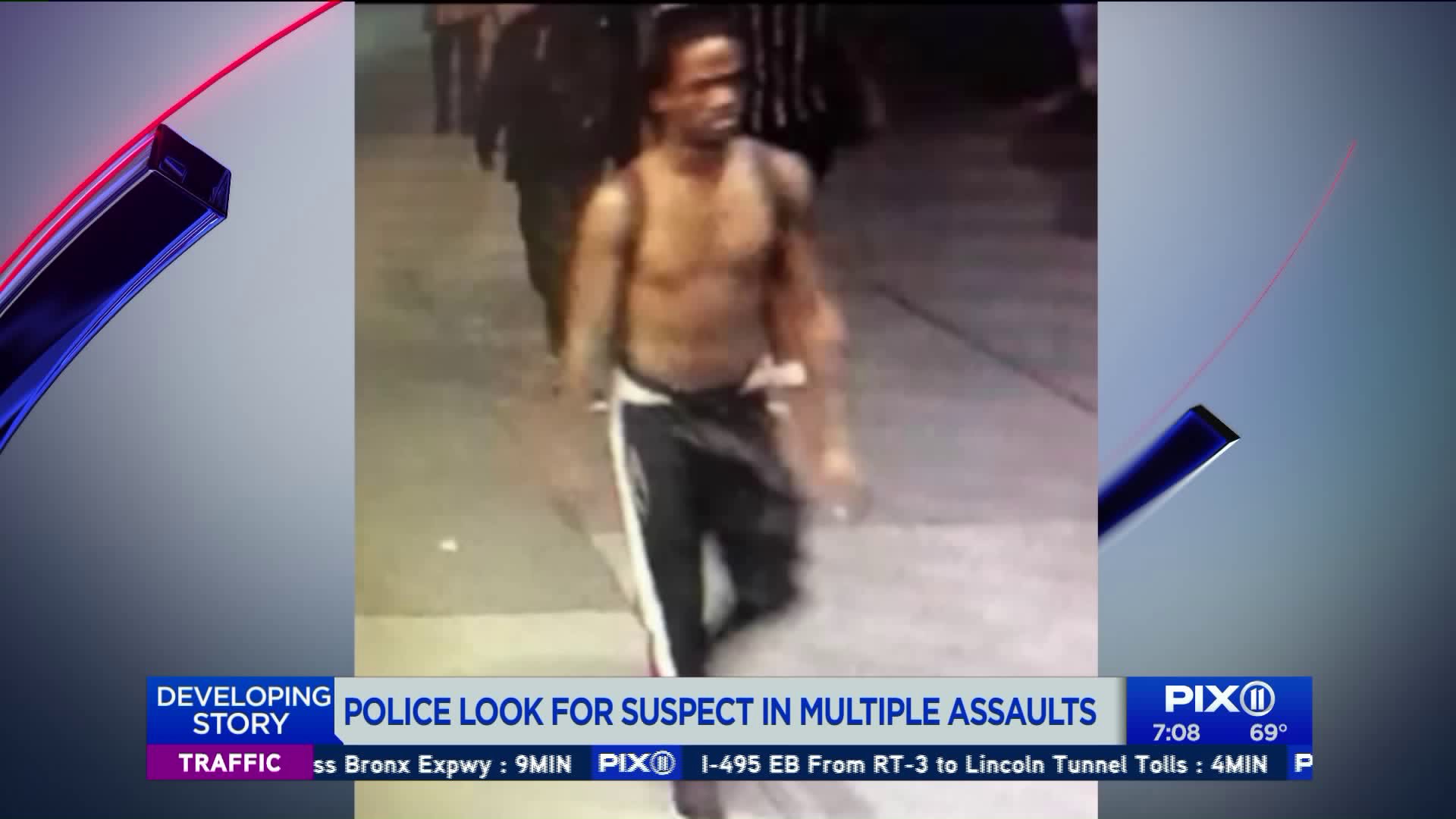 The NYPD are asking for the public`s assistance identifying the man that has been connected to multiple assaults that took place in Manhattan. Anyone who recognizes him is asked to contact the NYPD.

He shoved a 56-year-old man to the ground near Union Square Park on Aug. 9, officials said. They hadn't interacted at all before the attack. The victim suffered a laceration to the head.

On Aug. 14, the man attacked two women and a man, police said. He struck a 64-year-old woman with a wooden stick on Greenwich Avenue, then threw a brick at a 20-year-old woman's head. There was no interaction between the man and the women before the attacks.

Just after 11 p.m., he struck a 58-year-old man in the face and made anti-white statements on 8th Avenue near 19th Street.

Police have asked for help identifying the man.