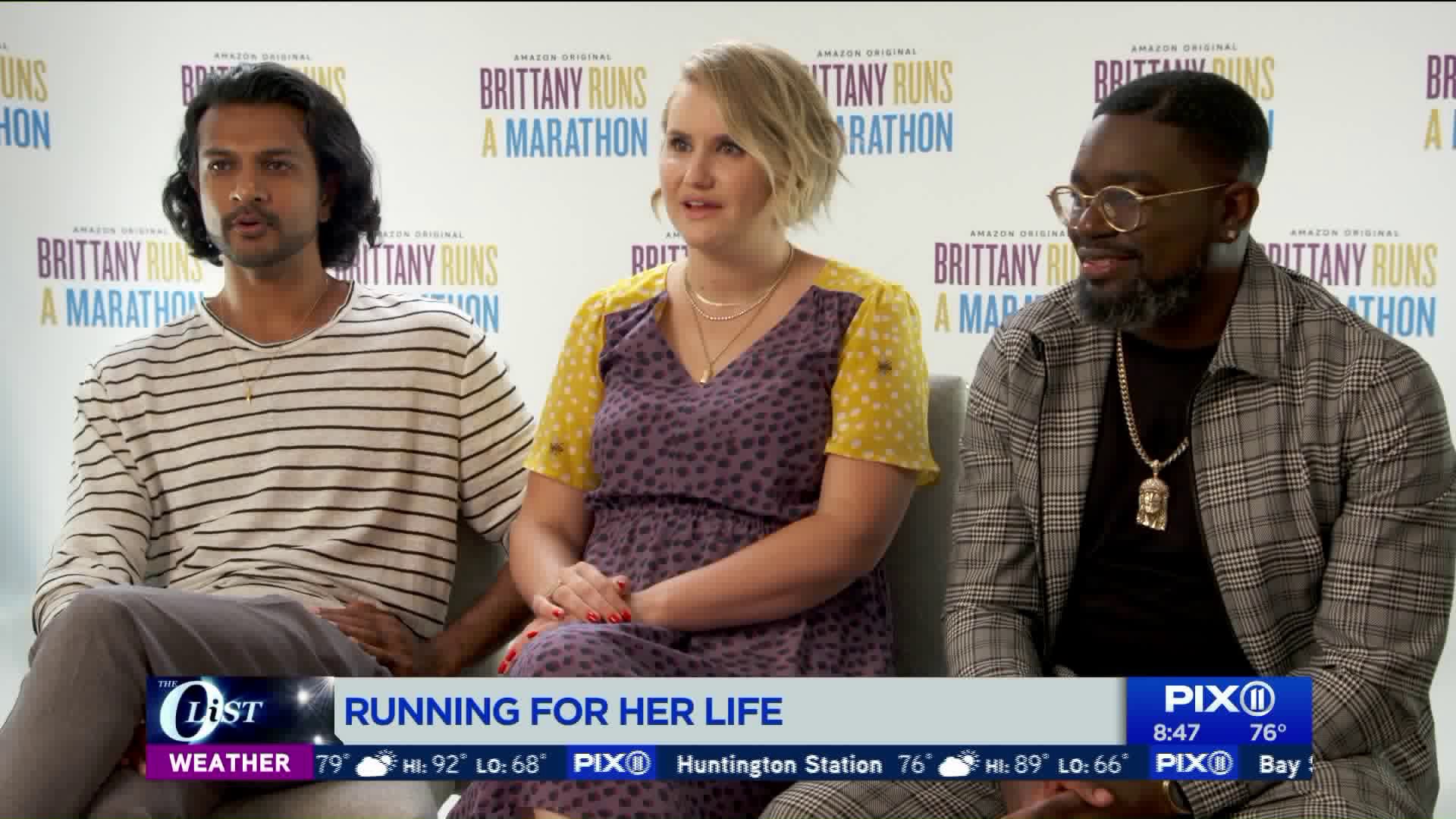 PIX11`s Oji Obiekwe sat down with Jillian Bell, Lil Rel Howery and Utkarsh Ambudkar, stars of the new film `Brittany Runs a Marathon,` based on real-life New York runner Brittany O`Neill, who transformed her life by taking up running.

NEW YORK — A marathon is 26.2 miles. That's a walk in the park for many lifelong runners, but for the rest of us.

It takes a lot of work and dedication to go from couch potato to marathon runner, and "Brittany Runs a Marathon" shows just that.

The film focuses on New Yorker Brittany Forgler, whose partying and toxic relationships catch up with her. Instead of prescriptions, her doctor slaps her with the suggestion to get healthy. Too broke for a gym, she laces up her shoes and runs. She then sets an unthinkable goal: Running the New York City Marathon.

Oji chats with the film's cast, Jillian Bell, Utkarsh Ambudkar and Lil' Rel Howery, about what it was like to tell the story of the real-life Brittany Forgler, body positivity and wake-up calls about mental and physical health.