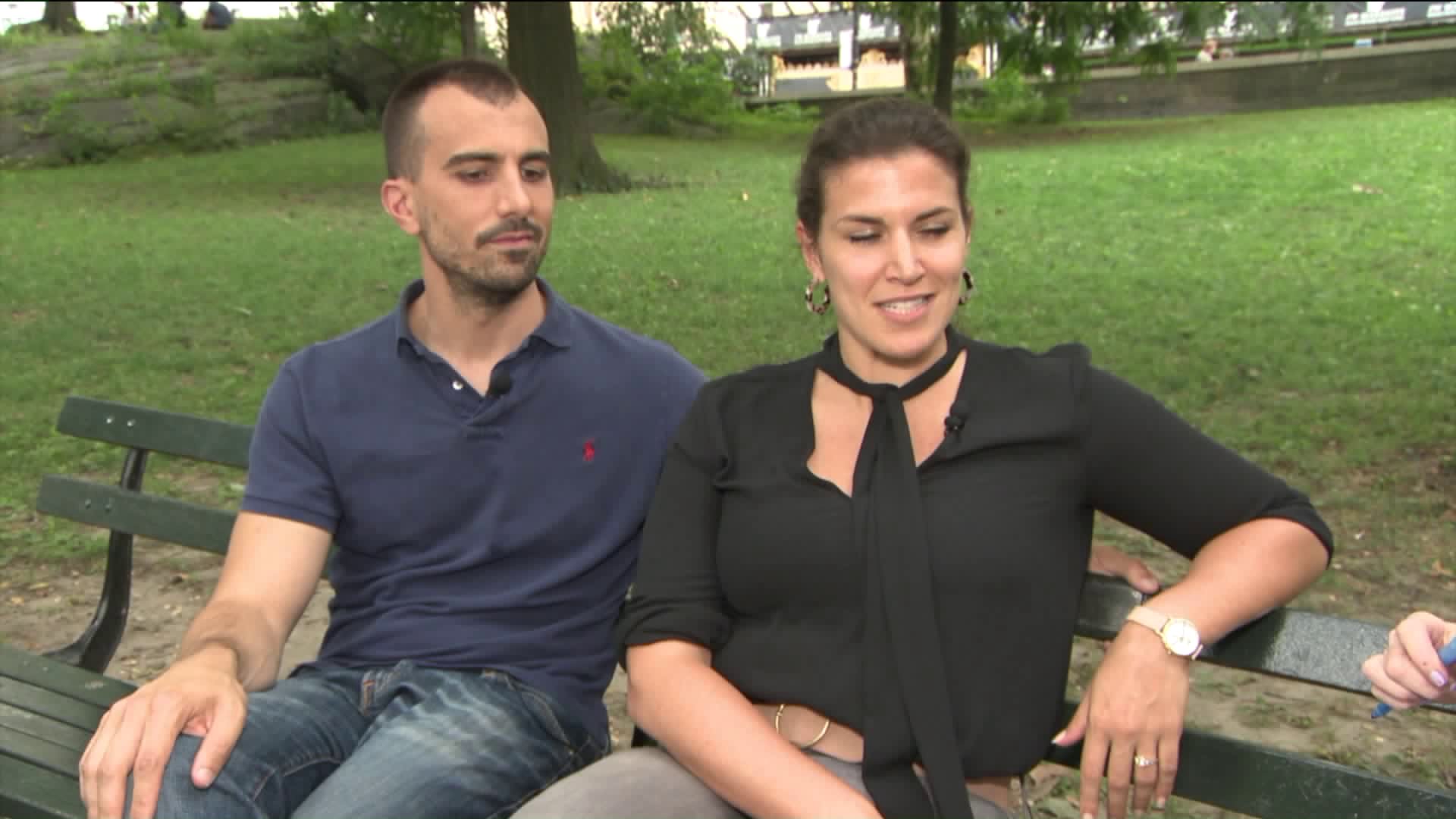 "Brittany Runs A Marathon" is a whip smart comedy, in Variety`s words, about the real-life struggles of a millennial trying to take control of her own life.

CENTRAL PARK — "Brittany Runs A Marathon" is a whip smart comedy, in Variety’s words, about the real-life struggles of a millennial trying to take control of her own life.

The movie is based on a real New Yorker, Brittany O’Neill of Williamsburg. What was it like for the real Brittany to see her very personal struggles up on the big screen?

“It’s definitely strange, exciting and a little vulnerable,” O’Neill told PIX11 News. “But it’s important to show the vulnerable side,” she added.

Brittany, the movie character, at the start of the film is about 70 pounds overweight, in what she considers a dead end job, always the jokester, drinking too much, and with practically no love life. Everything starts to change when she decides to run a marathon.
It’s the same transformation that the best friend of the real-life Brittany saw when she started to train.

Paul Downs Colaizzo and Brittany O’ Neill met as theater students at NYU and Paul decided to write and direct a movie about his friend’s transformation.

“It’s a love letter to my friend, Brittany. It’s a call to inspire people to live the lives they want to live with dignity and respect,” Colaizzo, the movie’s writer and director, told PIX11 News. “Not to see themselves as a joke. We all deserve to be the leads in our own story,” he added.

Paul and Brittany joke that the movie was always a pipe dream that they never really thought would come together.  It wasn’t until Sundance, when it won the audience award, that they realized it was really happening, with a great cathartic reaction from some audience members.

“A woman I didn’t know grabbed me sobbing and kept yelling ‘thank you’ because she saw herself in the character,” Colaizzo said.

“They get very confessional and talk about their own experiences,” O’Neill said. "It inspires vulnerability."

The real Brittany, now 35, married and the development director for New York and New Jersey at the International Rescue Committee. She hopes people feel empowered by this movie.

The film opens this Friday, August 23 and there are several question and answer sessions with Colaizzo and star Jillian Bell planned following the first weekend screenings, Friday at 7:15 pm at Angelika Film Center, and on Saturday at 7:00 pm at AMC Lincoln Square and 8:15 at Cinemas 1,2,3.