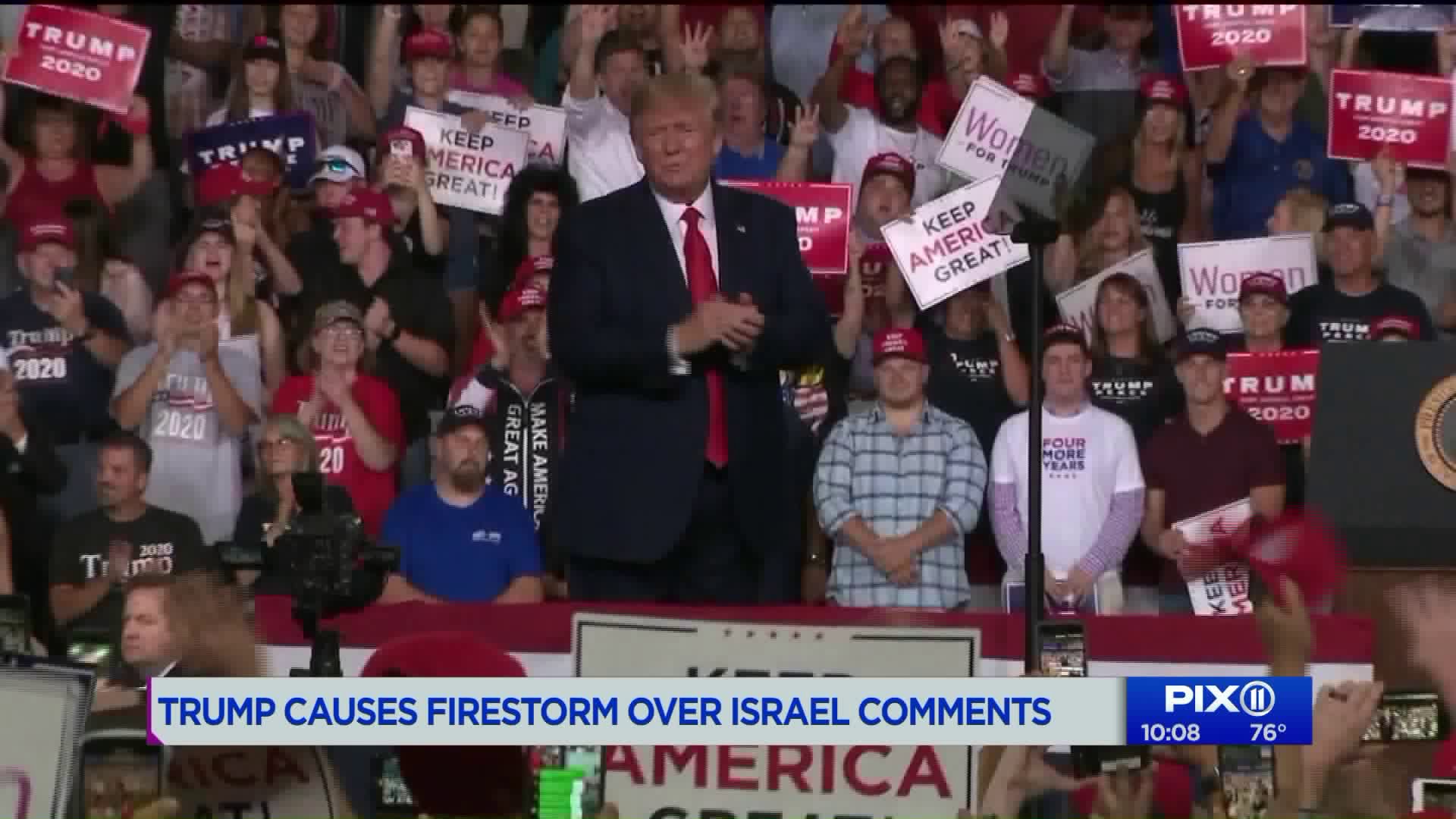 "To my fellow American Jews ... when he uses a trope that's been used against the Jewish people for centuries with dire consequences he is encouraging -- wittingly or unwittingly -- anti-Semites throughout the country and world. Enough," Schumer said.

While speaking to the press in the Oval Office on Tuesday, Trump said that Jewish Americans who vote for Democrats "shows either a total lack of knowledge or great disloyalty."

Trump was speaking to reporters about two Democratic congresswomen, Rep. Ilhan Omar of Minnesota and Rep. Rashida Tlaib of Michigan, whose trip to Israel was canceled over their efforts to boycott the country.

Trump's remark led critics to argue the President was dabbling in the anti-Semitic trope of "dual loyalty."

House Majority Leader Steny Hoyer said Trump ought to be "strongly and broadly condemned" for his remarks.

"This is a version of a vile, anti-Semitic attack that for centuries has demanded that Jewish people demonstrate some kind of quid pro quo in return for being considered loyal citizens," Hoyer, a Maryland Democrat, said in a statement. "It is also a dangerous subversion of our American principles that all are entitled to their own views."

Democratic Rep. Elaine Luria of Virginia, a freshman who flipped her district in 2018, said the President should be "ashamed to slander proud Americans."

"As a Jewish American, I am dismayed that the President is attacking millions in the American Jewish community as unintelligent and disloyal," Luria said in a statement posted on Twitter. "These are centuries-old tropes that create an anti-Semitic environment. There is no place for such dangerous rhetoric."