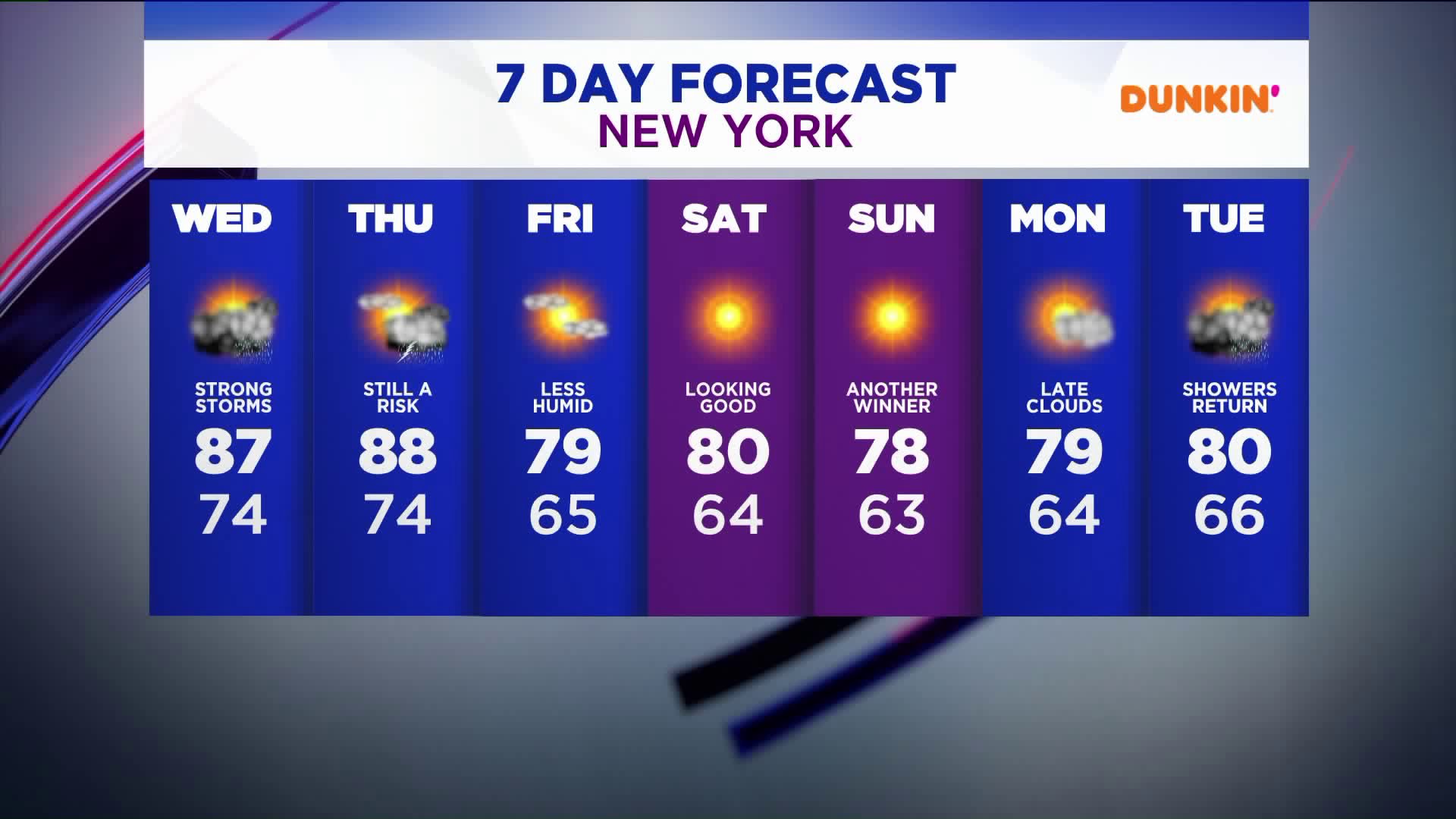 NEW YORK — The skies opened up in New York and New Jersey on Wednesday as heat and heavy humidity draped across the tri-state area.

A severe thunderstorm watch has been issued for parts of CT, ME, MA, NH, NJ, NY, RI, VT until 9 PM EDT pic.twitter.com/ESPORSOYxQ

A cold front moving toward the region Wednesday is responsible for the unsettled weather through Thursday.

As if the storms weren't enough, there is also a heat advisory in effect for much of the area through 8 p.m. Wednesday, with the humidity making it feel like 95 to 99 degrees across the region.

Ahead of the bigger storms, expect mostly cloudy skies, with a potential for scattered showers later in the morning.