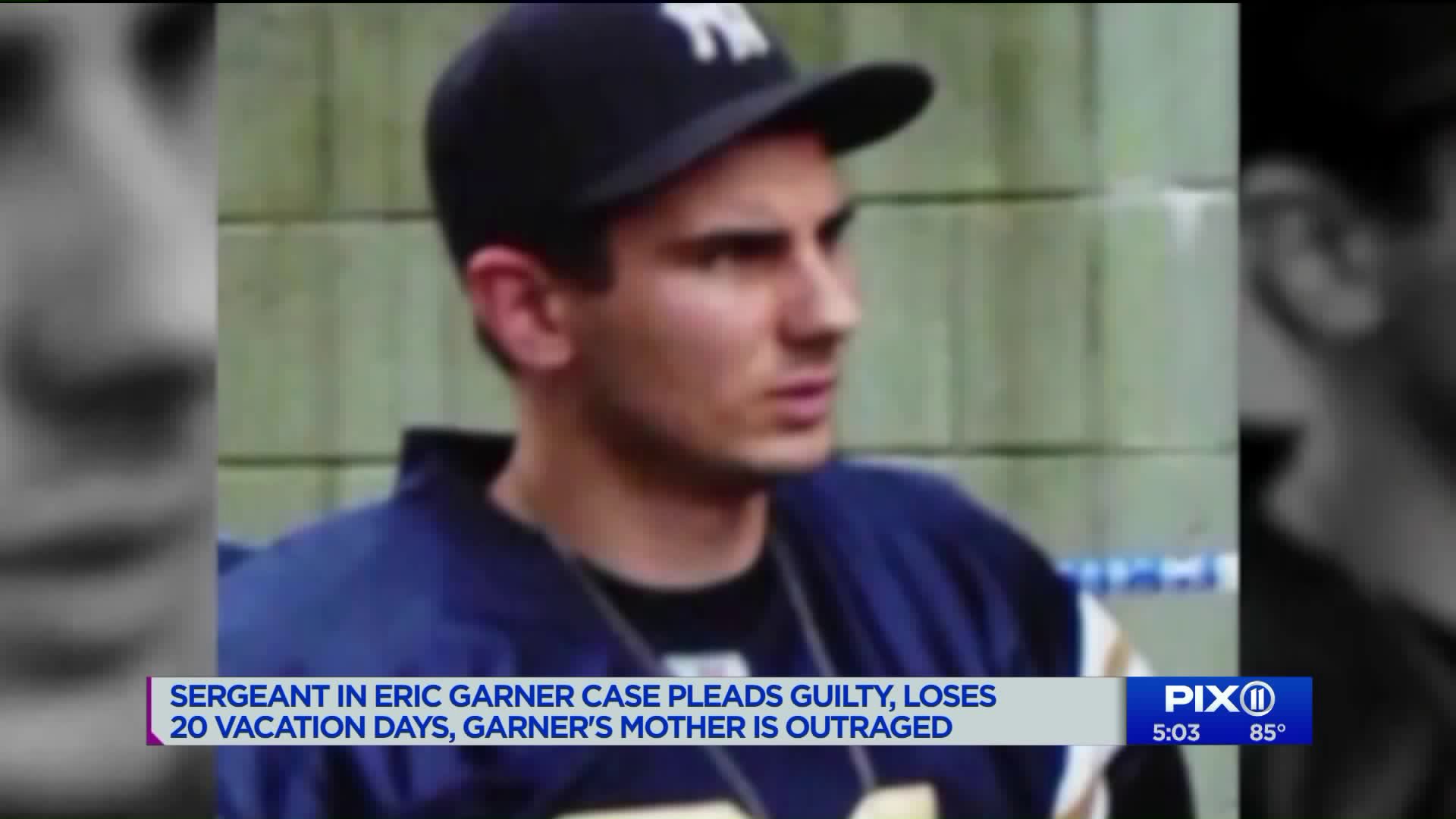 The NYPD sergeant who supervised Daniel Pantaleo the officer responsible for Eric Garner`s 2014 chokehold death will keep her job and lose 20 vacation days, according to reports Wednesday.

NEW YORK — The NYPD sergeant who supervised Daniel Pantaleo — the officer responsible for Eric Garner's 2014 chokehold death — will keep her job and lose 20 vacation days, according to reports Wednesday.

Sgt. Kizzy Adonis was newly promoted on the day Garner died, NYPD officials said. She arrived at the scene after Garner fell unconscious and was accused of failing to properly supervise officers. Her supervision of officers under her command was found lacking, but nothing about her actions caused the use of the banned chokehold or delayed the arrival of medical help for Garner.

In the wake of NYPD Commissioner James O'Neil's decision to fire Pantaleo, Garner's family has pushed for punishment for the other officers involved. Gwen Carr, Garner's mother, said she was outraged and disgusted but not surprised.

"It's disgraceful that they waited more than 5 years until after Pantaleo was fired to cut her a deal so that all she's facing is losing some vacation days and they want us to accept these crumbs as if there is some justice," she said.

Adonis and Pantaleo were the only NYPD officers to face disciplinary action for Garner's death.

Carr called out the NYPD and Mayor Bill de Blasio for "actively participating in an ongoing cover-up because they don't want the public to know how deep, how wide and how high the wrongdoing in this case went."

"Their actions are disgraceful, but I am not going to back down," she said. I will continue to fight until the Mayor and NYPD bring disciplinary charges and fire Justin D'Amico, Lt. Christopher Bannon, Craig Furlani, and Mark Ramos - and until they release the names of other officers who engaged in misconduct like illegally leaking sealed records."

The Associated Press Contributed to this report.