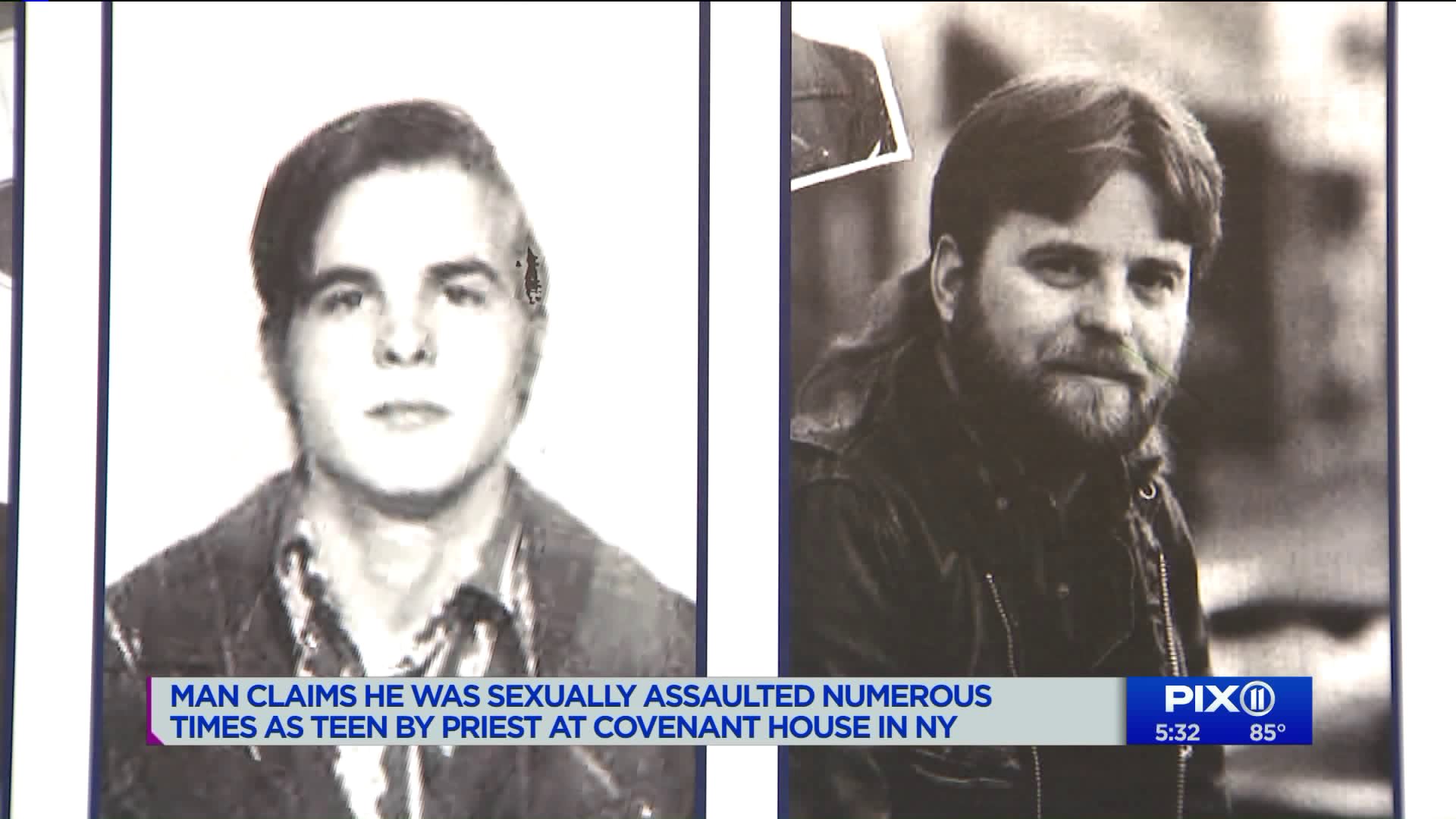 MANHATTAN — He's 60 now, but he's still haunted by his time at Covenant House, a shelter for runaways, as a teen.

He still sees Ritter sometimes when he closes his eyes.

Ritter died in 1999. He was 72. Ritter resigned from Covenant House in 1990 because of accusations of misusing funds and sexual abuse. No criminal charges were ever filed against him

Now, Bassile and another victim are seeking justice thanks to the Child Victims Act. It allows people of any age to file a civil suit, no matter when the alleged abuse took place for a period of one year.

Attorney Jeff Anderson filed the two suits Wednesday against the Covenant House and Archdiocese of New York. The suit claims they were negligent and continued to employ Ritter and provide him access to innocent children despite numerous allegations.

An unspecified amount of money is being sought for damages…

The Archdiocese of New York issuing this statement to PIX11, saying in part “…While we carefully review the claims made in these suits, we ask that people pray for peace and healing for all those who have suffered from the sin and crime of the sexual abuse of minors…”

PIX11 also reached out to Covenant House for comment. They have not yet responded.

Bassile now lives in Texas with his wife of 27 years.