Debris falls from elevated No. 7 tracks in Queens — again 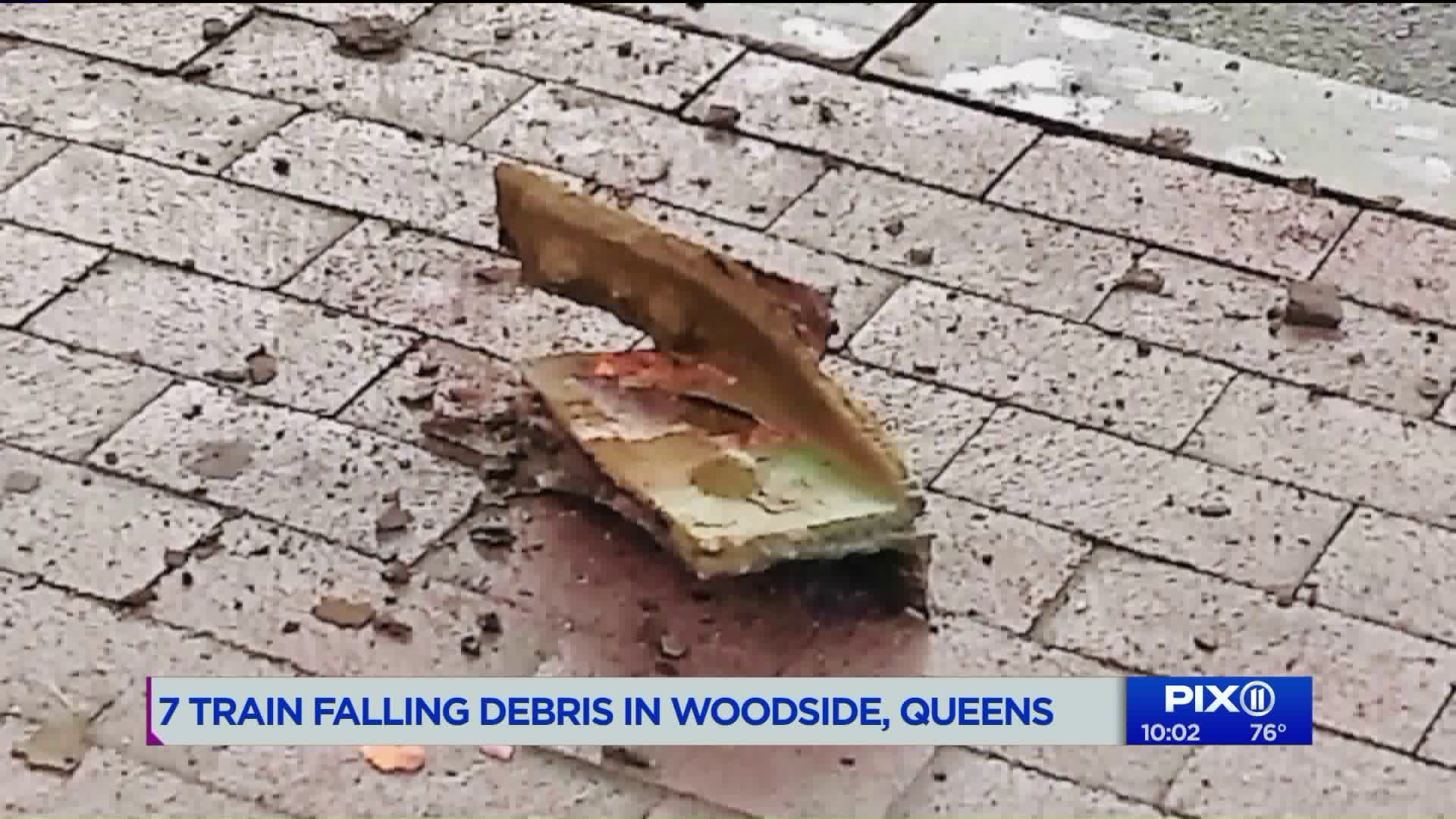 The debris fell on Roosevelt Avenue between 51st and 52nd Streets. It`s not the first time there have been issues with debris in Queens and people are tired of it. An MTA spokesperson said the object that fell Wednesday "reflects no structural risk but is obviously a serious matter."

Debris falling from a 7 train elevated station, with the material tumbling to the sidewalk below.

It is the latest in a string of dangerous encounters. Councilmember Jimmy Van Bramer represents parts of Queens. He tweeted two troubling images early this morning, showing the discarded pieces in the sidewalk along Roosevelt Ave. between 51st and 52nd St. Van Bramer says they were sent to him by a 7 train commuter.

“It’s dangerous you see right now people walking back and forth the condition of the track doesn’t look great who knows what’s gonna fall next,” said straphanher James McCool. “There are families living here it’s something the city needs to pay attention to.”

It’s clear these elevated tracks need more than a paint job. Since the beginning of this year, there have been multiple cases of falling debris .

Once in February and twice in March, debris slammed into vehicles below causing damage. Then in April, a 3X3 foot metal plank dangled over another stretch of Roosevelt Ave., in Woodside.

“I think everyone would be very very concerned no one wants to die under the subway,” said Shabina Asghar, who says she rides the 7 every day.

After the spate of incidents, the MTA installed netting to catch the debris. There is partial mesh in this section of the 7 line. But Van Bramer is calling for the netting to be fully expanded

“I’m looking at this piece of net right here and it already looks ripped so no I don’t think it’s adequate,” adds McCool

In response to what happened this morning, the MTA provided a statement to PIX11:

“The object that fell reflects no structural risk but is obviously a serious matter. This area was re-inspected today to ensure that there are no other loose pieces there. This has the full attention of President Byford who had already expedited the netting process by ordering a systemwide cost and priority analysis while the four-location pilot is underway. A comprehensive inspection in March found no issues.”