What’s next for Eric Garner’s family now that NYPD officer Daniel Pantaleo has been fired? 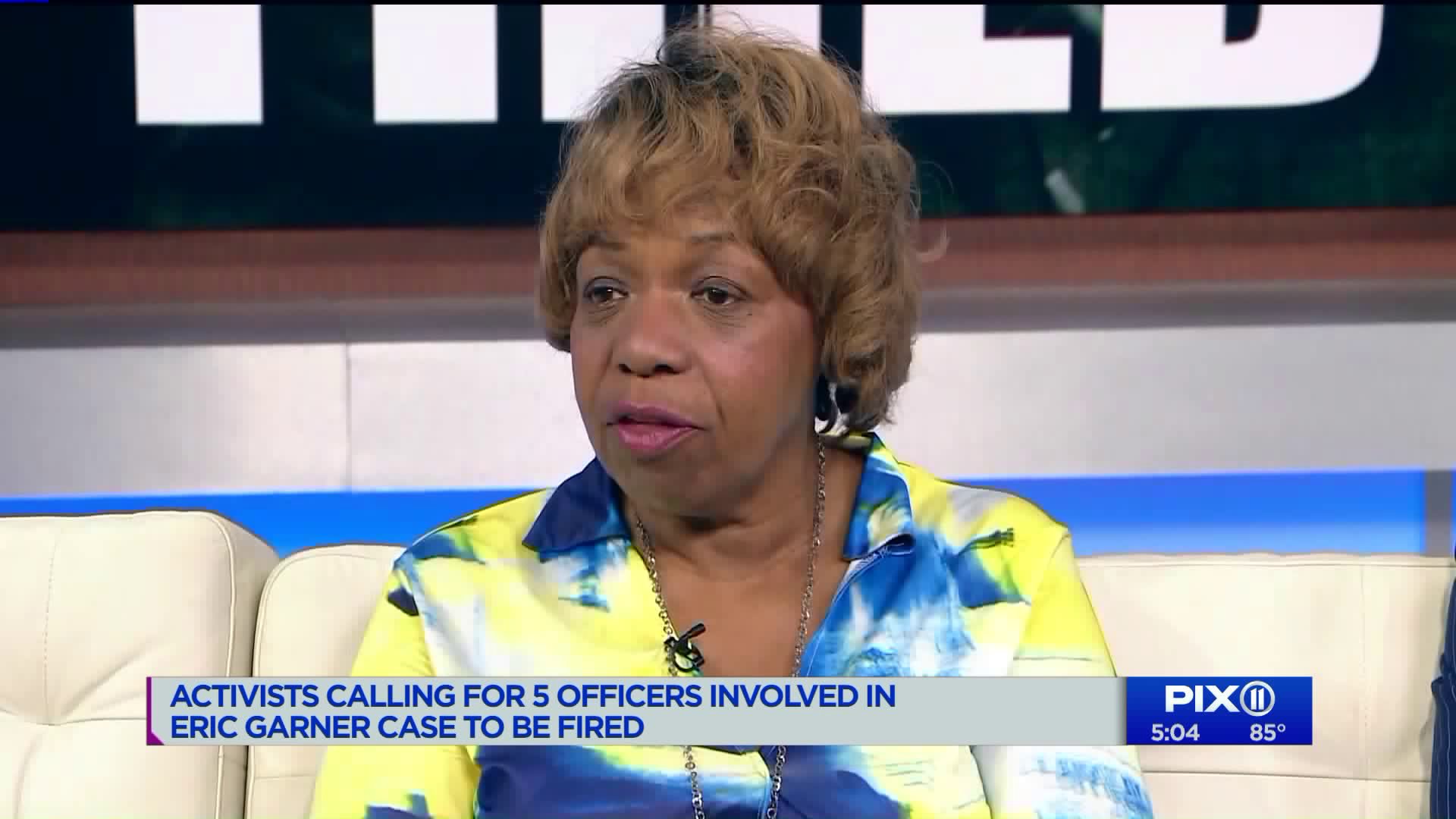 The officer accused of killing Eric Garner more than five years ago was fired on Monday, but members of the Garner family said that change still must come.

The officer accused of killing Eric Garner more than five years ago was fired on Monday, but members of the Garner family said that change still must come.

"Yes, he's fired, but the fight is not over," said Garner's daughter, Emerald Snipes Garner.

In particular, she called for a new "Eric Garner Law," which would "ban officers being protected by a shield and not held accountable for their actions," she explained.

An NYPD disciplinary trial judge ruled earlier this month that Pantaleo used a chokehold in a "reckless" act which triggered a series of events that culminated in Garner's death as he was being arrested in Staten Island in 2014. Snipes Garner said she didn't want there to be another killing like that.

Rev. Al Sharpton, the longtime civil rights activist and a close ally of the Garner family, explained that they are pushing for a law that would make chokeholds a criminal offense, and not just a violation of NYPD internal policy.

"It ought to be a state law and a federal law that chokeholds by police (are) punishable with a crime, not just termination," he said.

CNN legal analyst Joey Jackson said it would make sense to have national guidelines on appropriate police maneuvers as opposed to just in New York.

"There's a reason that the chokehold was outlawed. Why? Because it causes people to die," he said. "If they can pass a law that would outlaw that everywhere, then I think that that's certainly beneficial."

On Monday, Sharpton also called for US Rep. Jerry Nadler of New York, the chairman of the House Judiciary Committee, to hold congressional hearings and investigate why the federal government did not bring a case on whether Garner's civil rights were violated.

In a statement, Nadler said the Department of Justice had failed Eric Garner and his family, and he said there will be hearings ahead.

"The House Judiciary Committee will hold hearings and consider legislation this Congress to strengthen police-community relations," he said. "We must continue to work at every level of government, within our local police departments and on the ground in our communities to ensure positive change."

Like her granddaughter, Garner's mother, Gwen Carr, said that while it's been disheartening these past five years, she's not finished. She called for the other officers on the scene where Garner died to lose their jobs, and she said she would not be intimidated by Pantaleo or his attorney, who have said he plans to appeal the firing and loss of pension.

"But I'm still out here, I'm out here for the long run. You come out here against me, I'm out here," Carr added. "And you cannot scare me away. Yeah Pantaleo, you may have lost your job, but I lost a son. You cannot replace that."