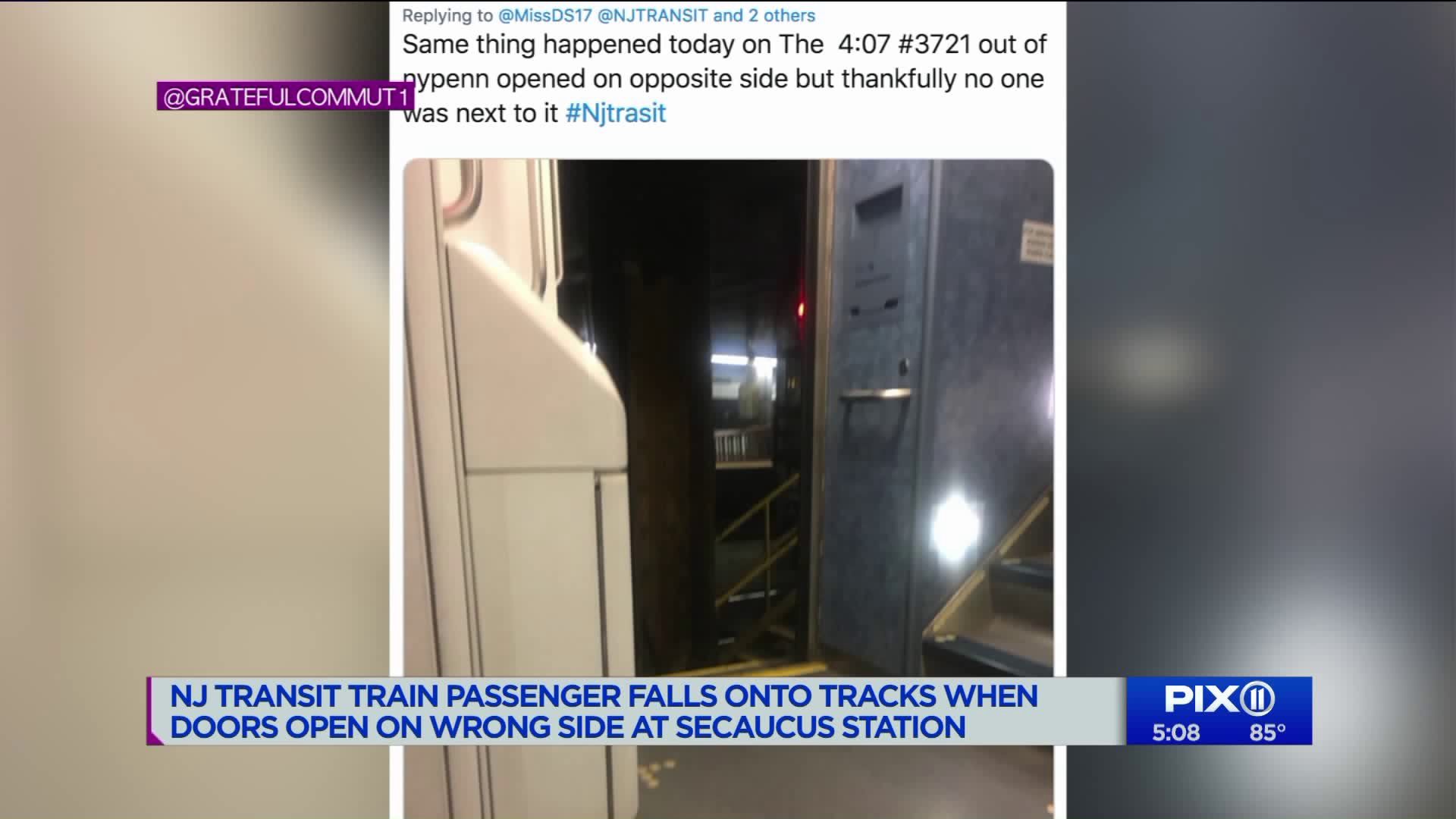 It was a terrifying moment during the Monday evening commute when a passenger fell out of a New Jersey Transit train after the the train car`s doors opened on the wrong side, officials confirm.

SECAUCUS, N.J. — It was a terrifying moment during the Monday evening commute when a passenger fell out of a New Jersey Transit train after the the train car's doors opened on the wrong side, officials confirm.

The passenger fell from the train around 5:45 p.m. Monday at the Secaucus Junction station in New Jersey, NJ Transit confirmed after people on that train posted to social media about the incident during the evening commute.

"They opened the doors on the wrong side of the train," Twitter user MissDS17 wrote in a tweet. "Someone fell onto the tracks. Thank god he wasn't hurt," she added.

According to another tweet, the train's conductors didn't know the person fell out of the train car, so fellow passengers rushed to pull the emergency brake.

NJ Transit said they have launched a full investigation into how the incident occurred, but said it appears to have been due to human error.

NJ Transit did not comment on any injuries sustained by the passenger who fell from the train car.

Ironically, according to another tweet Monday, the train doors of a different NJ Transit train opened on the wrong side while that train was stationed at Penn Station in Manhattan.

Same thing happened today on The 4:07 #3721 out of nypenn opened on opposite side but thankfully no one was next to it #Njtrasit pic.twitter.com/dhgyELsT98