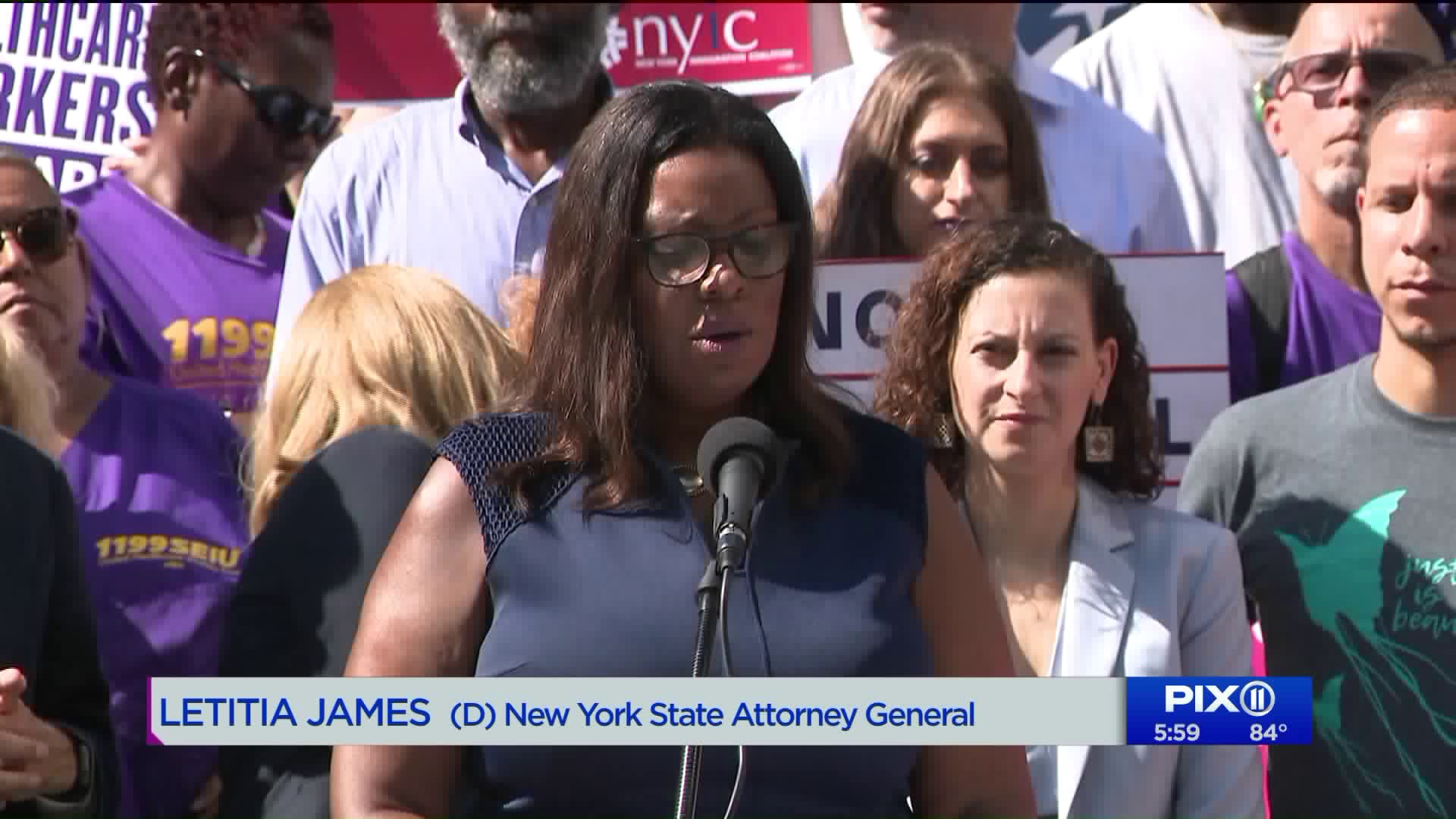 New York state, New York City, Connecticut and Vermont have filed a new legal challenge to new Trump administration rules blocking green cards for many immigrants who use public assistance including Medicaid, food stamps and housing vouchers. More than 15 other states including California and Washington state have already sued to challenge the new rule.

New York Attorney General Letitia James, a Democrat, says the change is a "clear violation" of American values and 100 years of case law. She says the nation has welcomed generations of people who arrived here with nothing.

More than 15 other states including California and Washington state have already sued to challenge the new rule.

The rules set to take effect in October would broaden a range of programs that can disqualify immigrants from legal status if they are deemed to be a burden to the U.S.