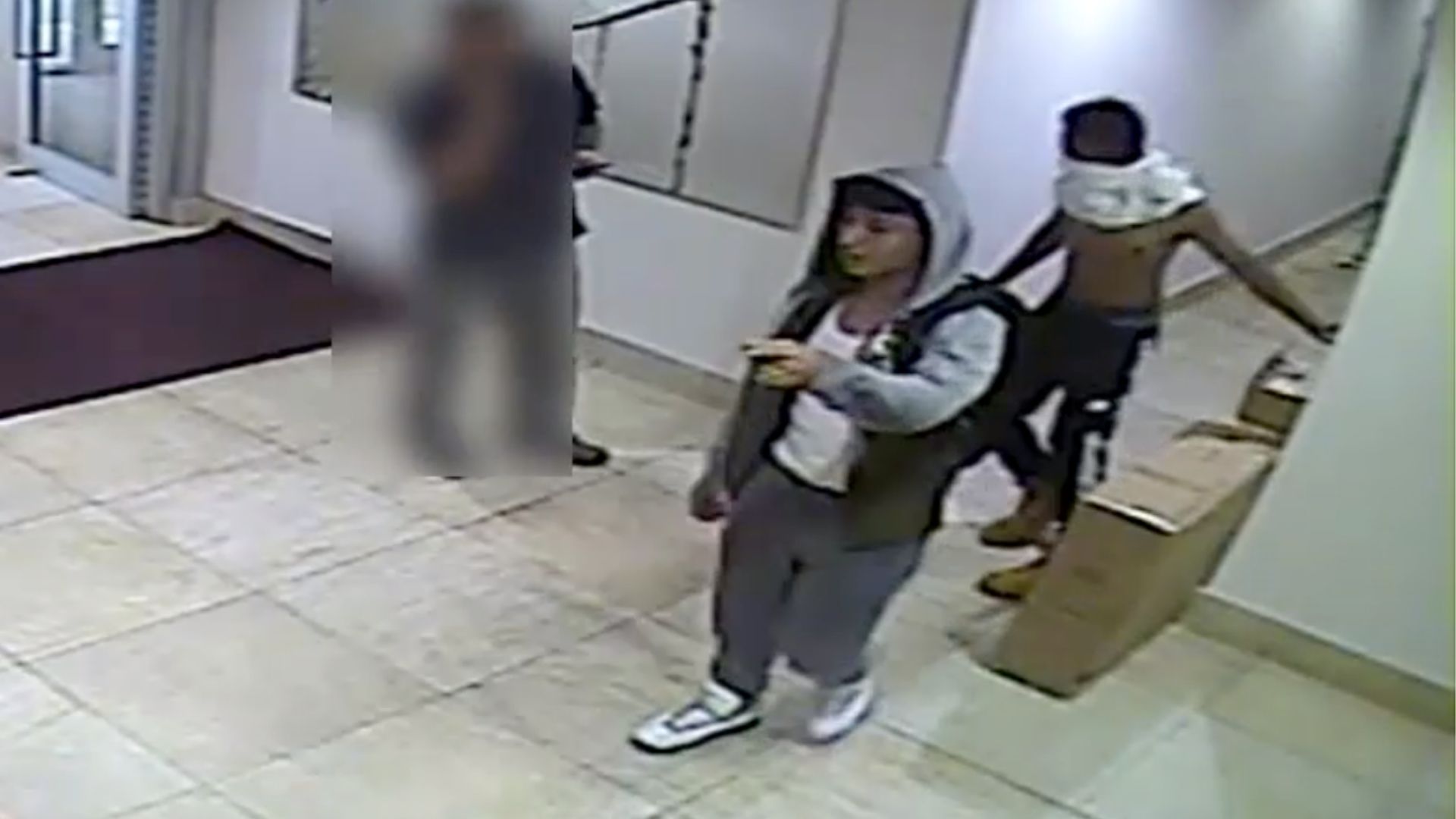 Raw surveillance video of men wanted by police for allegedly stealing $450 worth of clothing items from sealed packages in a Park Slope apartment building on Sixth Avenue. (NYPD)

PARK SLOPE, Brooklyn — Police say they're looking for three men caught on camera tearing through other people's packages in a Brooklyn apartment building, then attacking a building employee who confronted them.

The incident occurred on Wednesday, Aug. 7 at a residential building on Sixth Avenue, near 16th Street, in Park Slope, police said.

A man who works in the apartment building noticed three men in the lobby just after 3 p.m., cutting open mailed packages and stealing the clothing items from inside, according to authorities.

Surveillance footage from the incident shows the moment the worker confronted the men and they rushed at him before fleeing the building onto Sixth Avenue, making off with multiple clothing items worth about $450, police said.